The weather was forecast for heavy rain all throughout the weekend, and the weatherman certainly didn’t get it wrong. On my way to and when I arrived at Roe Valley Country Park the first thing I noticed was just how much the trees had changed in the past couple of weeks – I’m sure it won’t be long now until the leaves are mostly gone and we’re left with the bare branches of Winter.

The rain didn’t put me off though and I soon found myself walking along the wooded banks of the River Roe with my hood over my head. 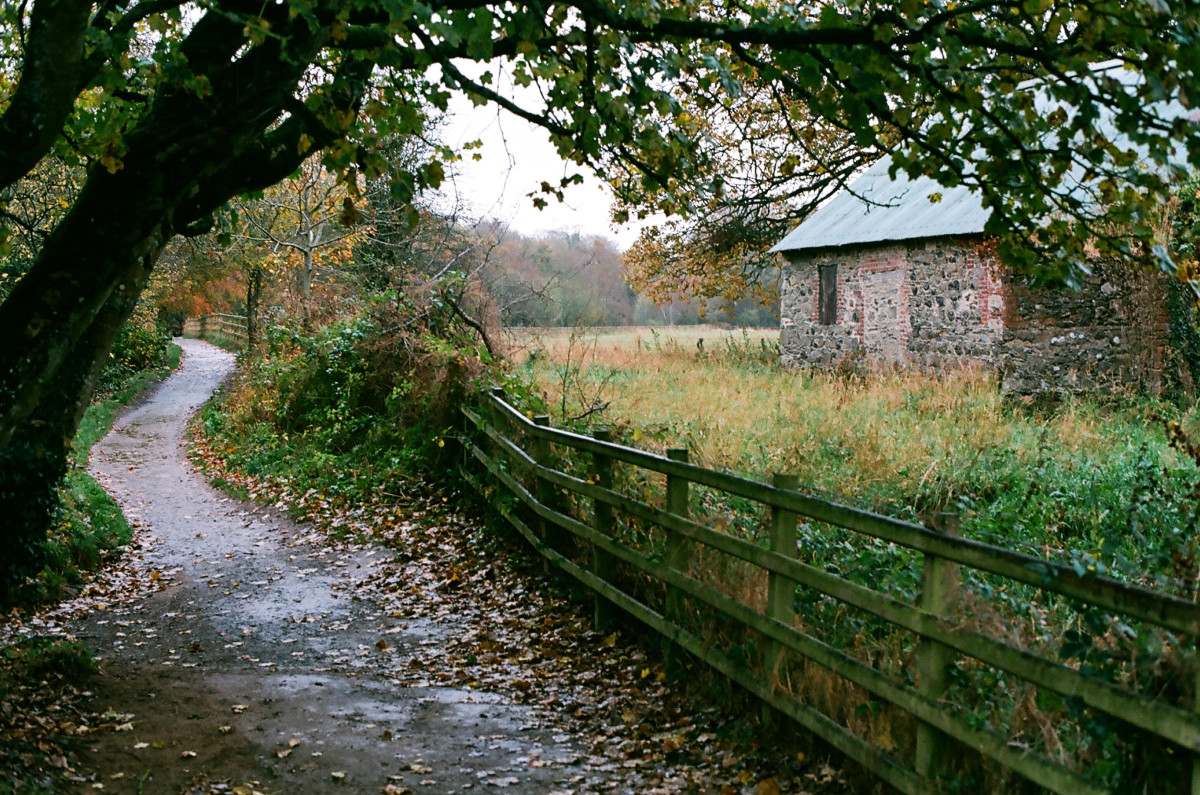 I have been rather interested in trying my hand at film photography recently, and this trip was one of those occassions where I opted to bring my film camera instead of my digital one. It’s no lighter, doesn’t capture quite as much detail and isn’t able to store thousands of photos at a time, but I do love the look of the photographs it produces – there’s more ‘feel’ to them. The low grain film I had loaded on this occassion did however mean I had to keep my shutter open for longer to let in more light, and some turned out a little blurrier than usual, but so what – no photo is perfect!

There’s no doubt this path around the river is well worn; evidence of erosion from human feet and the river itself has left the path looking like a stretched island in the sea of fallen leaves. It was a joy to walk down however and the patter of rain on my hood only added to the feeling of a peaceful walk. 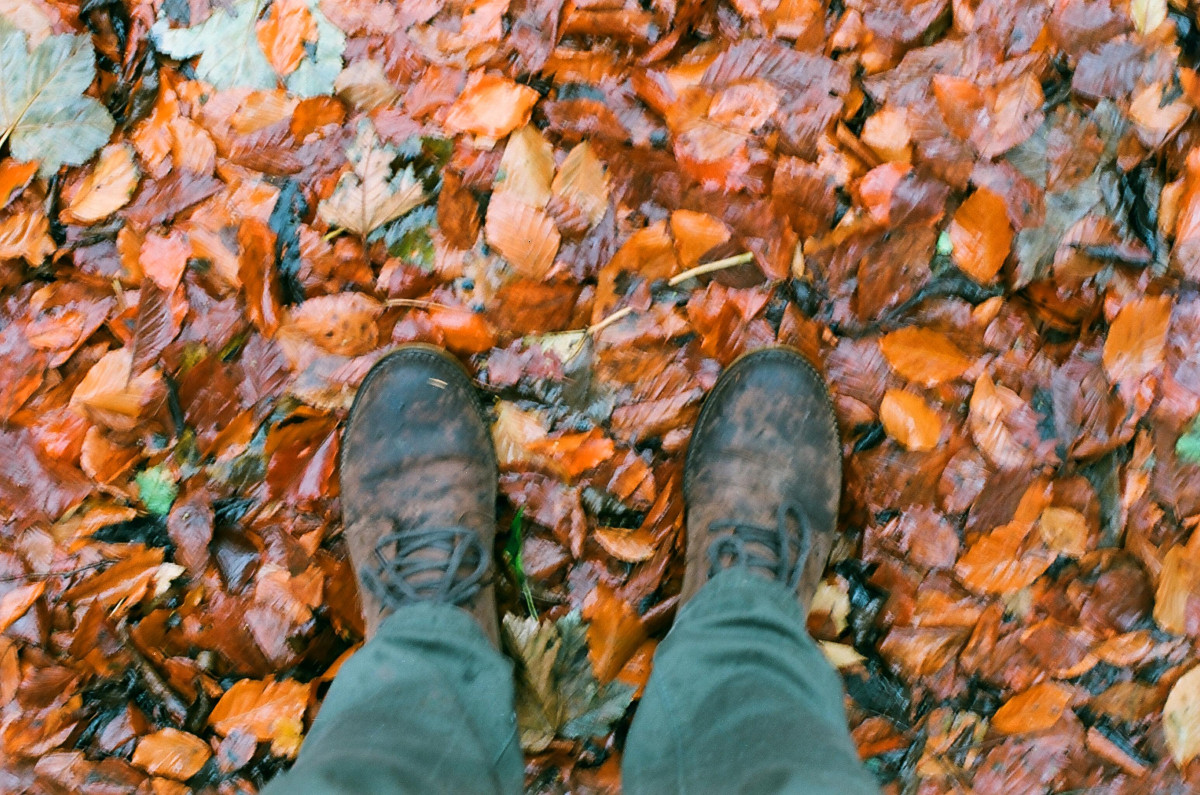 The location itself felt like I could have been hundreds of miles away from anyone else even though the reality is that this is a walk that’s short and sweet and even has a cafe at the end. Sometimes it’s nice to get out for hours and hours on end, but sometimes a singular hour can be all you need to clear your head from the stresses of the modern world. 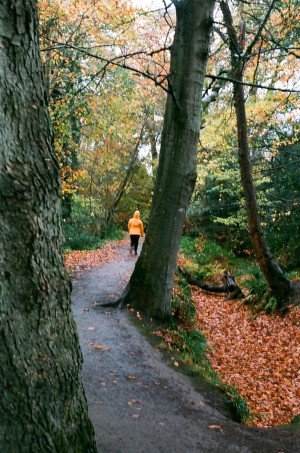 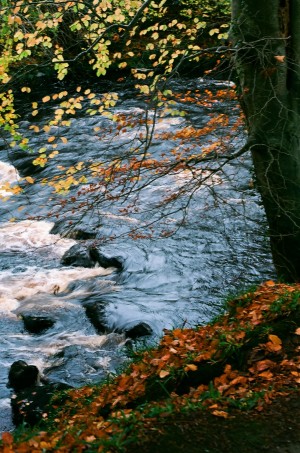 It was certainly evident that the rain had been pouring for a number of days as the river was fast flowing as streams and ponds connected to it’s body. A number of the signs around the forest indicated that this is a popular spot for local fishermen although I didn’t see any on that paticular day.

Walking along the river the abandoned buildings were all so evident of the areas industrial history of lined production and electricity generators. I did pass a building marked museum near the car park we left from, but I didn’t check to see whether or not it’s opening times were varied by season – so do check before you leave.

A nice little building we passed on the path was a linen watchtower – a small structure used to provide shelter to those keeping a watchful eye of the linen fields. I don’t think I would have made a very good watchman though, as I couldn’t stand up inside of it! A glimpse into the genetics of or ancestors perhaps? Or maybe they didn’t have enough stone to make it taller? Someone with more knowledge than me would need to answer that. 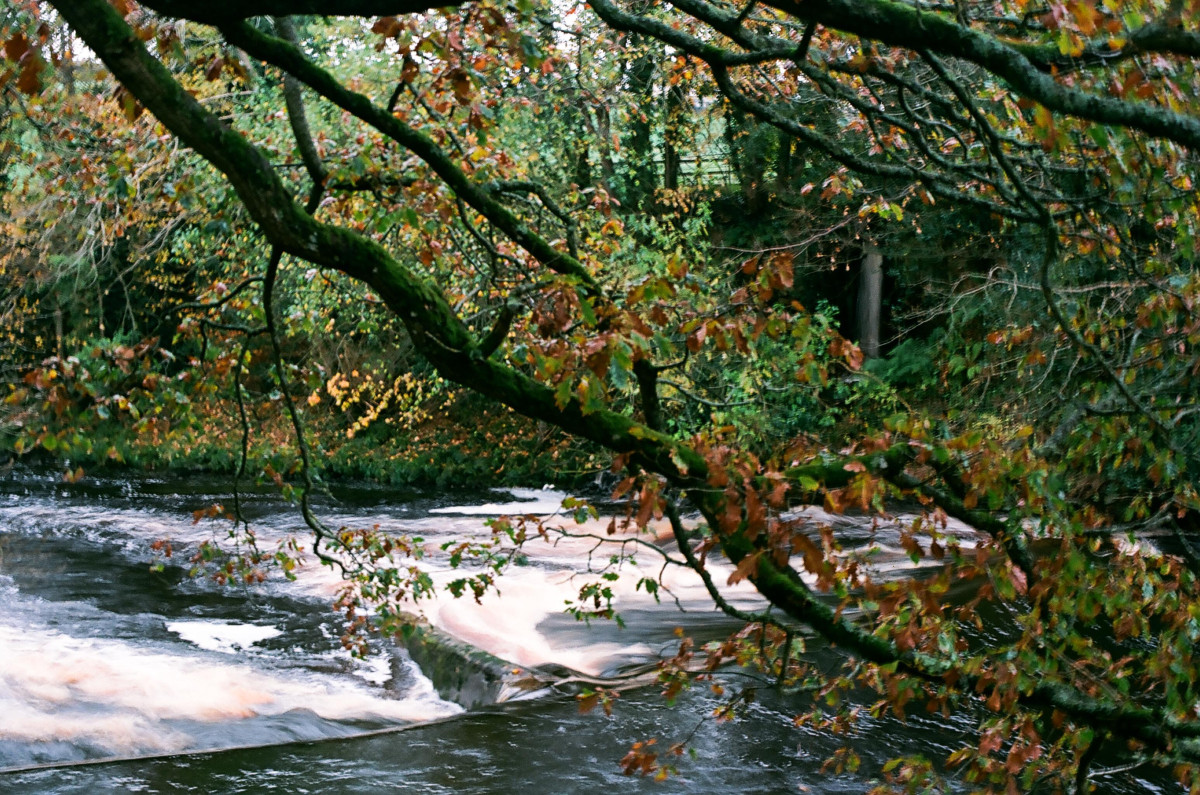 We even bumped into a couple of horses who were only too keen to see if we had any food for them. We pulled some grass from our side of the fence and watched the rain roll off their coats as they ate. They certainly didn’t seem to mind the rain as much as we did. 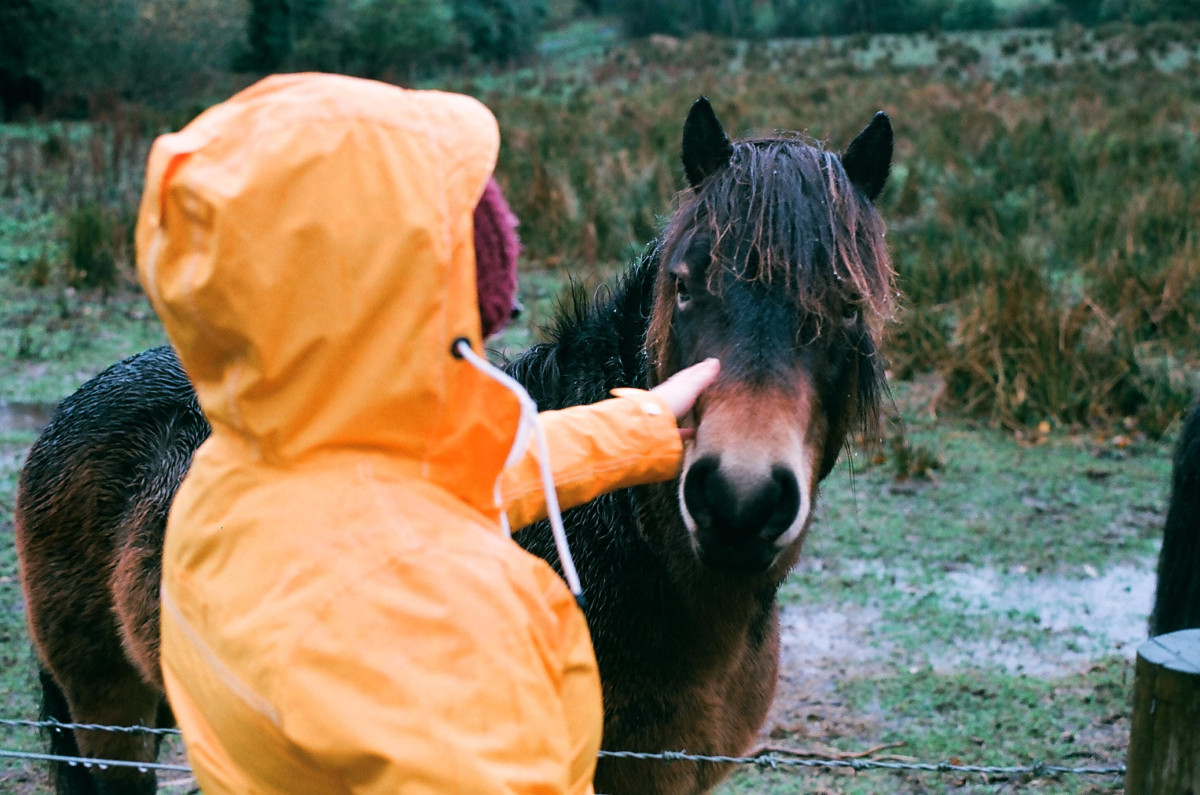 Nearing the end of the walk the scenery somewhat changed from the calm peaceful river we had seen at the start, to a faster flowing and wilder river rushing past the broken rocks on it’s banks. The lens on my camera was starting to suffer from the condensation of my pocket and added a somewhat blurry filter to the photographs.

As we crossed Dog’s Leap bridge and made our way back to the car park I was only too glad of the car heater that I knew would provide me with some warmth. The weather is definitely becoming more Winter like each week, and I have a feeling it won’t be too long until we see some stormy nights here in Northern Ireland. 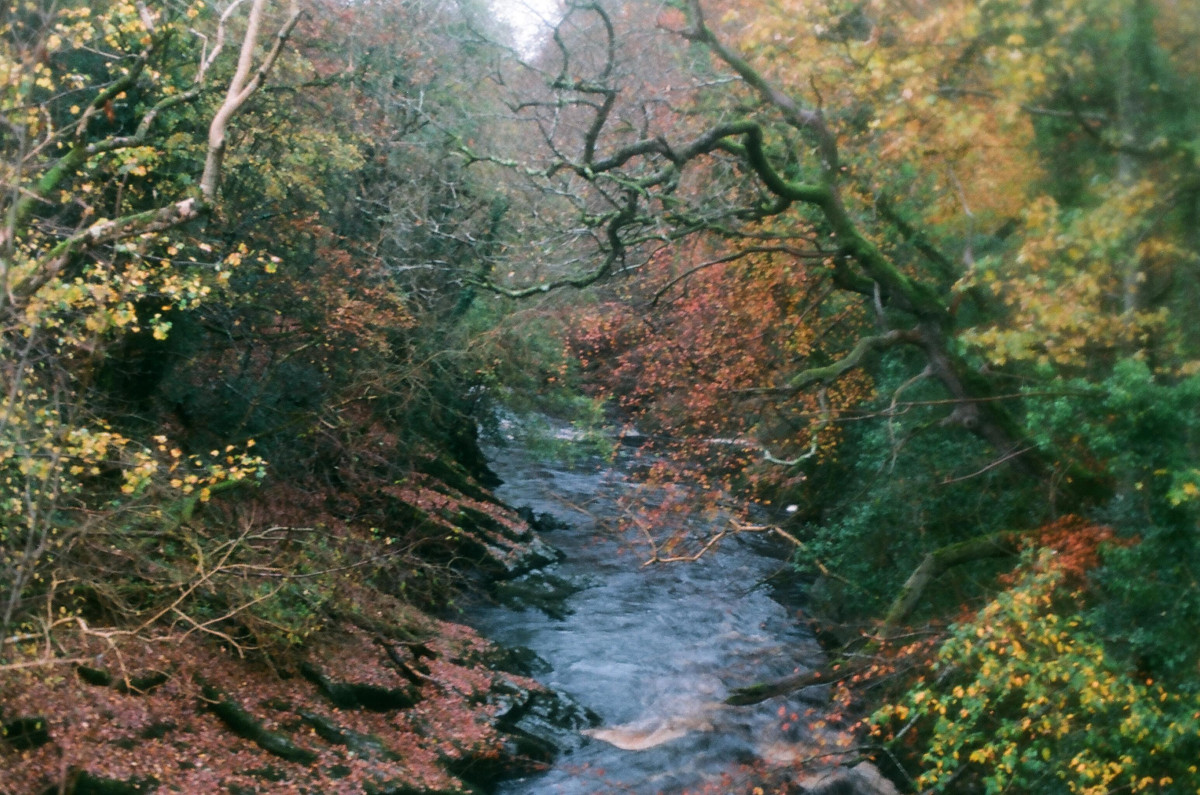 Do let me know if you like the above style of photography over the usual that we post. I’ll perhaps bring my film camera on other hikes and camps in future if it proves to be popular.