It’s been a few weeks since I’ve been out and this week looked like the second washout in a row, with a planned trip to the Mournes being cancelled due to a weather warning.

Given that I wasn’t due into work until 4pm on Monday, Chris suggested a camp on Sunday. The choice of location was left to him and he chose a spot near Ballycastle where he had walked many times but not camped.

We left late morning and arrived in Ballycastle around 1:30. The walk was short (but muddy!) and the weather was spectacular, if a little windy. 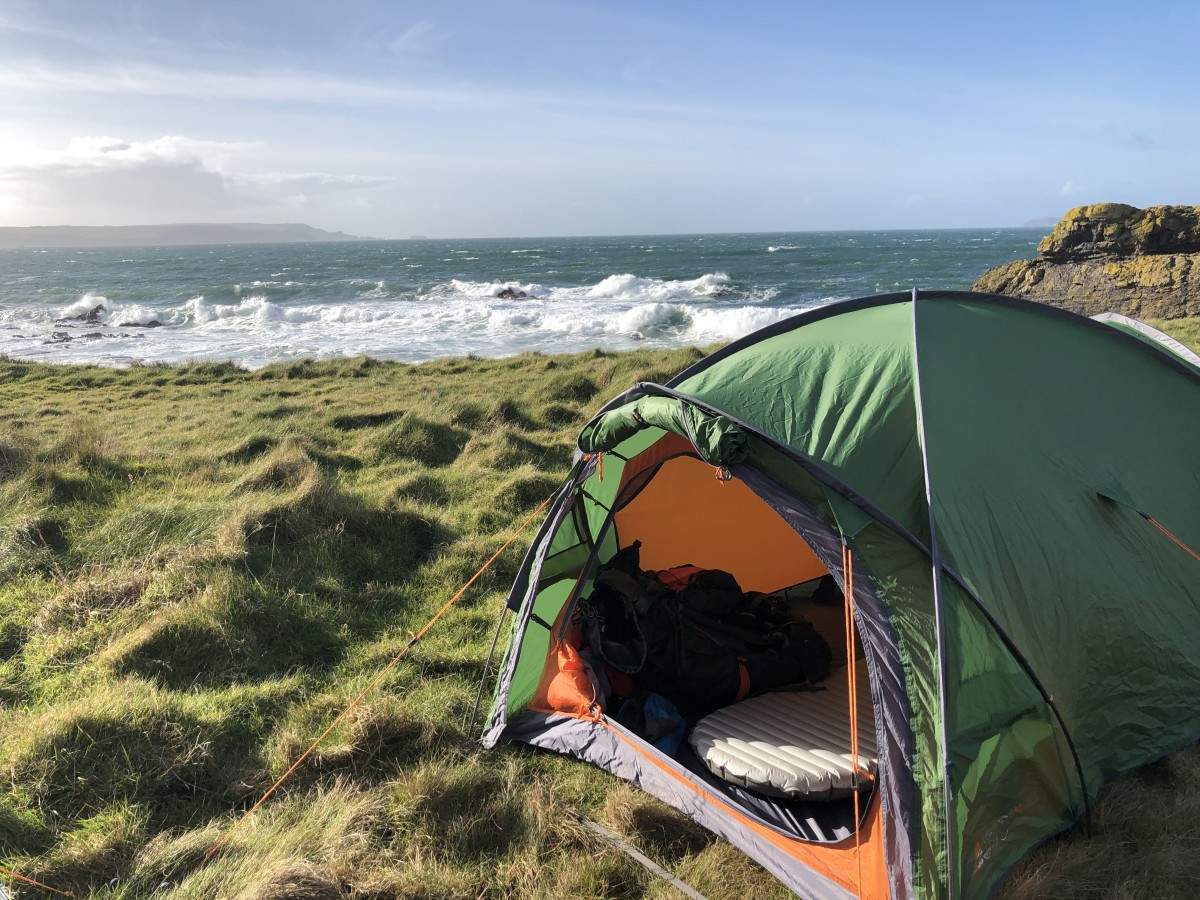 We wasted no time in getting set up, just in case the weather decided to change its mind. There was an existing fire pit, so we gathered a little wood to keep us warm through the night. 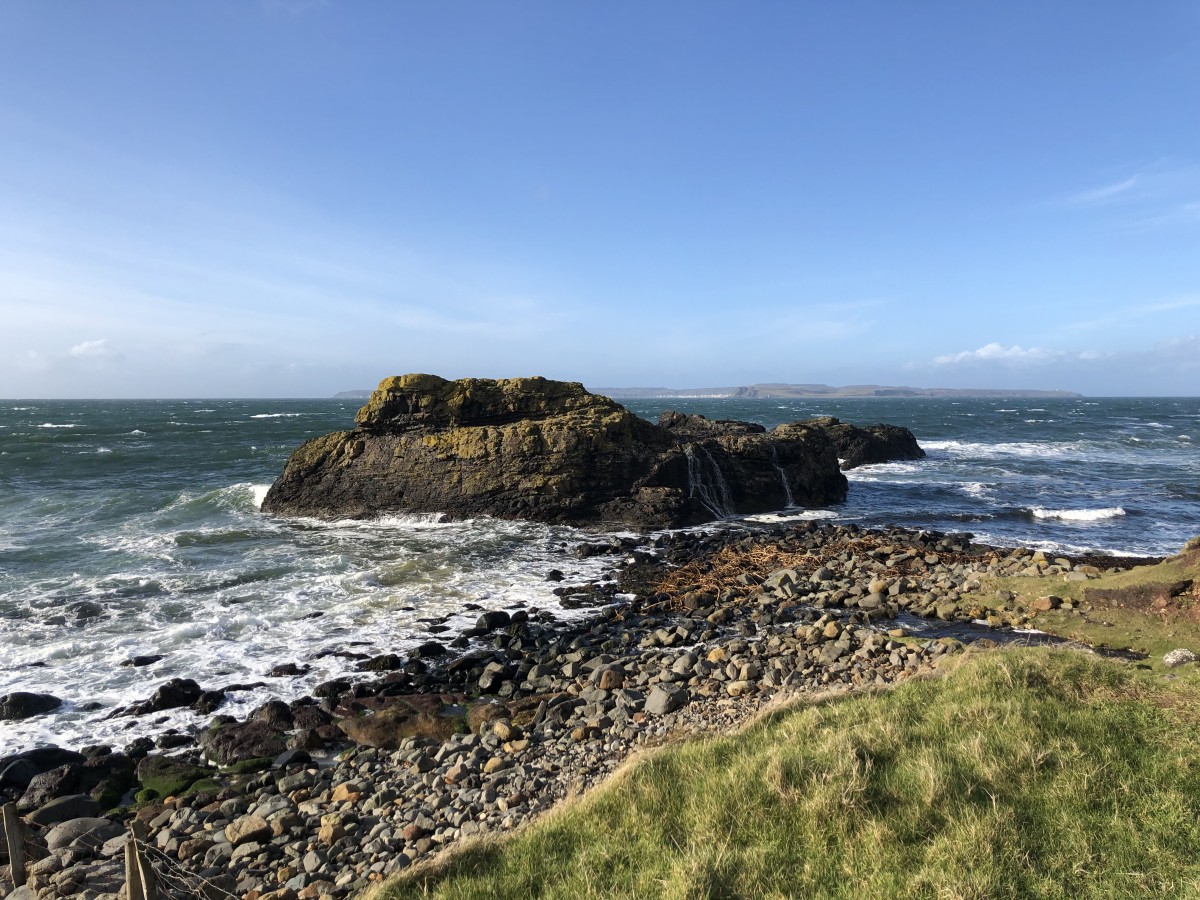 To say the views were beautiful feels like doing them a disservice. The fresh sea air was just the tonic we needed. While we always enjoy the Mournes, a change of scenery was welcome also. 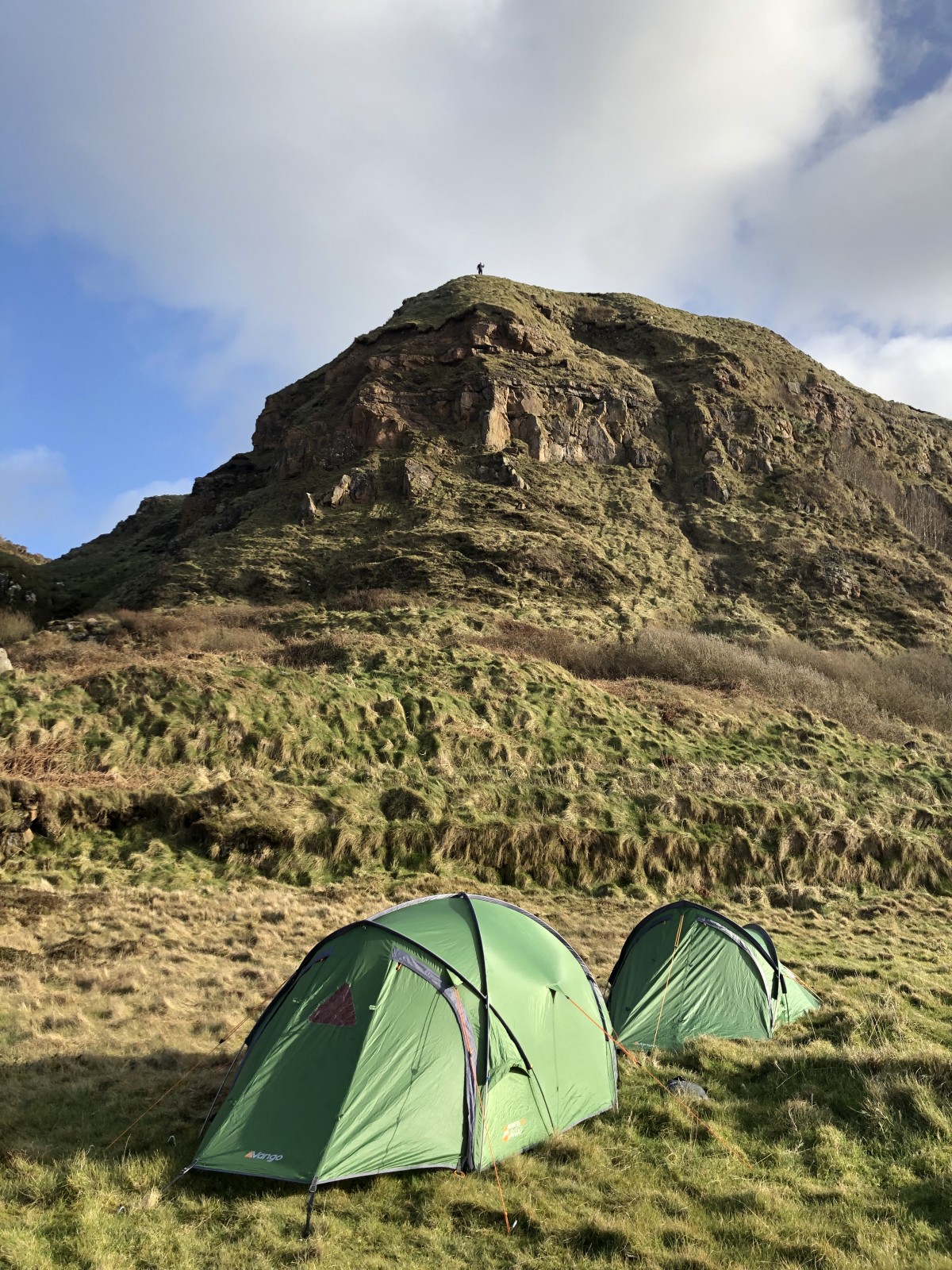 Can you see Chris up on the hill?

With our two tents set up and the wood for the night gathered, we headed back the way we came a little and filled up our water carrier from one of the waterfalls. The water was ice cold and crystal clear. The food I eat at camp can often be quite salty, so gathering water upon arrival while there is still good light is a must!

I’ve been using the MSR Dromedary 10 litre water carrier at the moment. I bought it online a couple of months ago after years of decrying the weak and leaky nature of the usual plastic “accordion” style water carriers. It was a recommendation of both Chip and JC (fellow HB authors) and their recommendation was spot on. Thanks lads!

With all the camp setup essentials taken care of I spent some time taking in the views, while Chris explored the cliffs overhead. 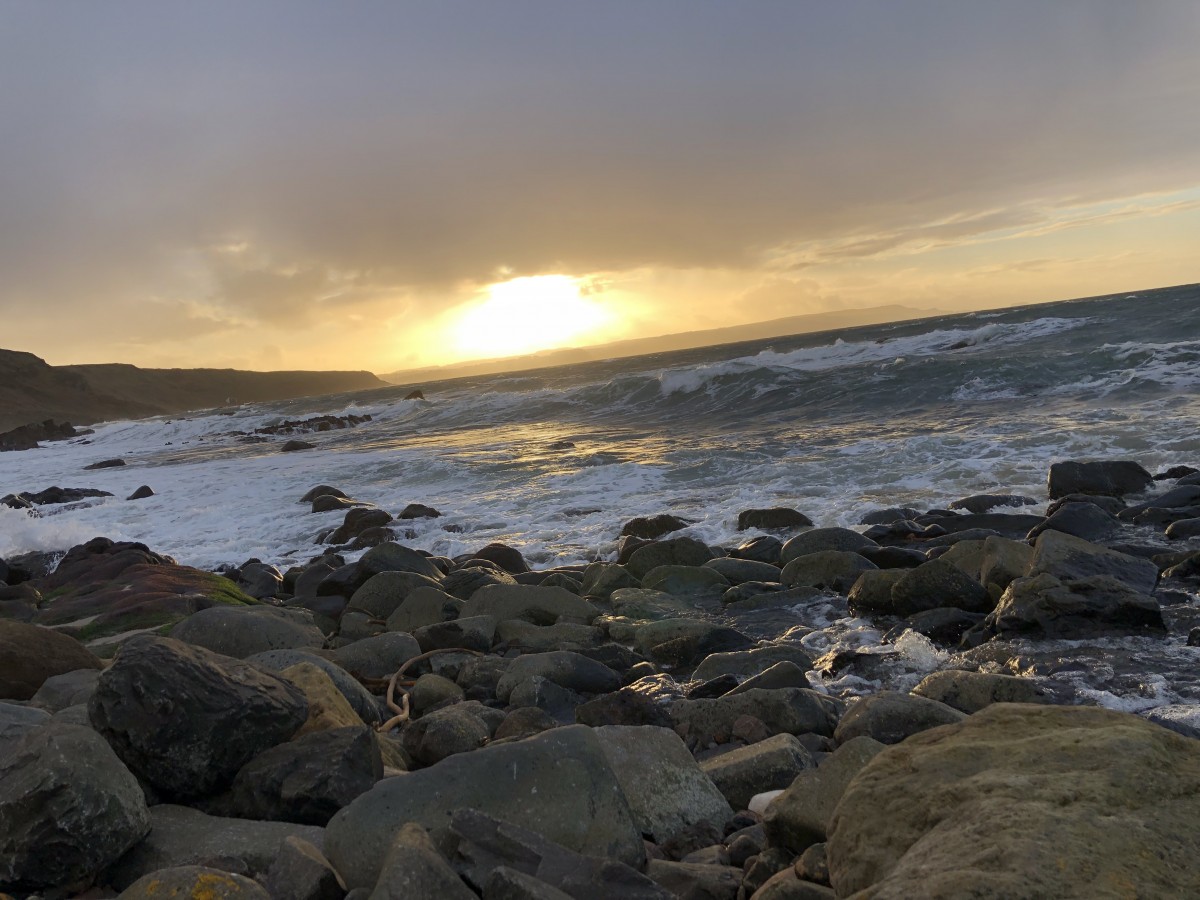 Soon it was time for some food. Some sliced halloumi was on the menu, with Hungarian paprika sausage bringing the required fat to cook with. It went down well but I’m glad we gathered all that water. 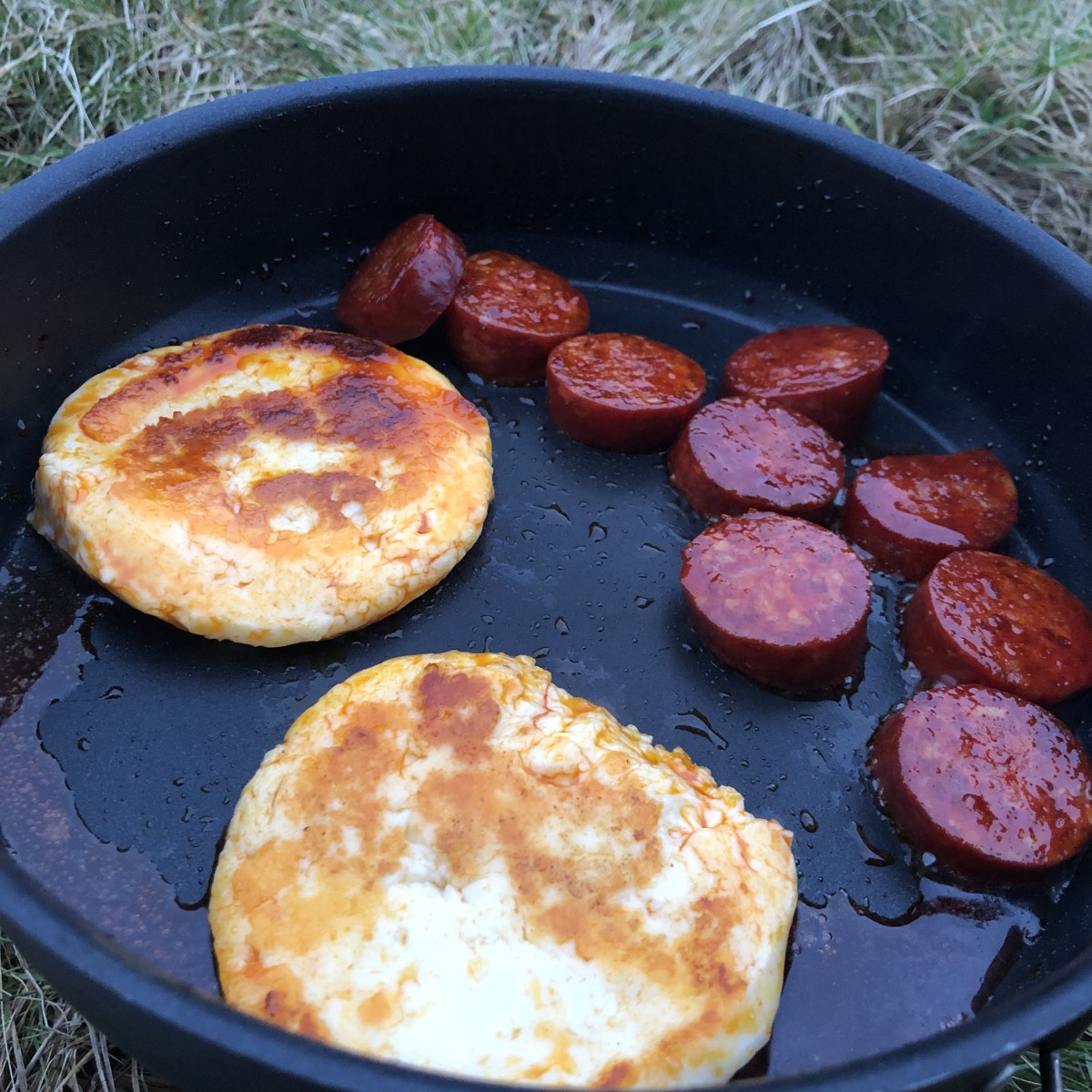 With the food cooked and the fire lit, we sat for a while and enjoyed the sunset and the sounds around us. The sea was roaring and the wind was howling, but it was nonetheless remarkably peaceful. The only signs of human activity to be found were the lighthouses of Rathlin in the distance, the twinkling lights of Ballycastle and the occasional passing ship. 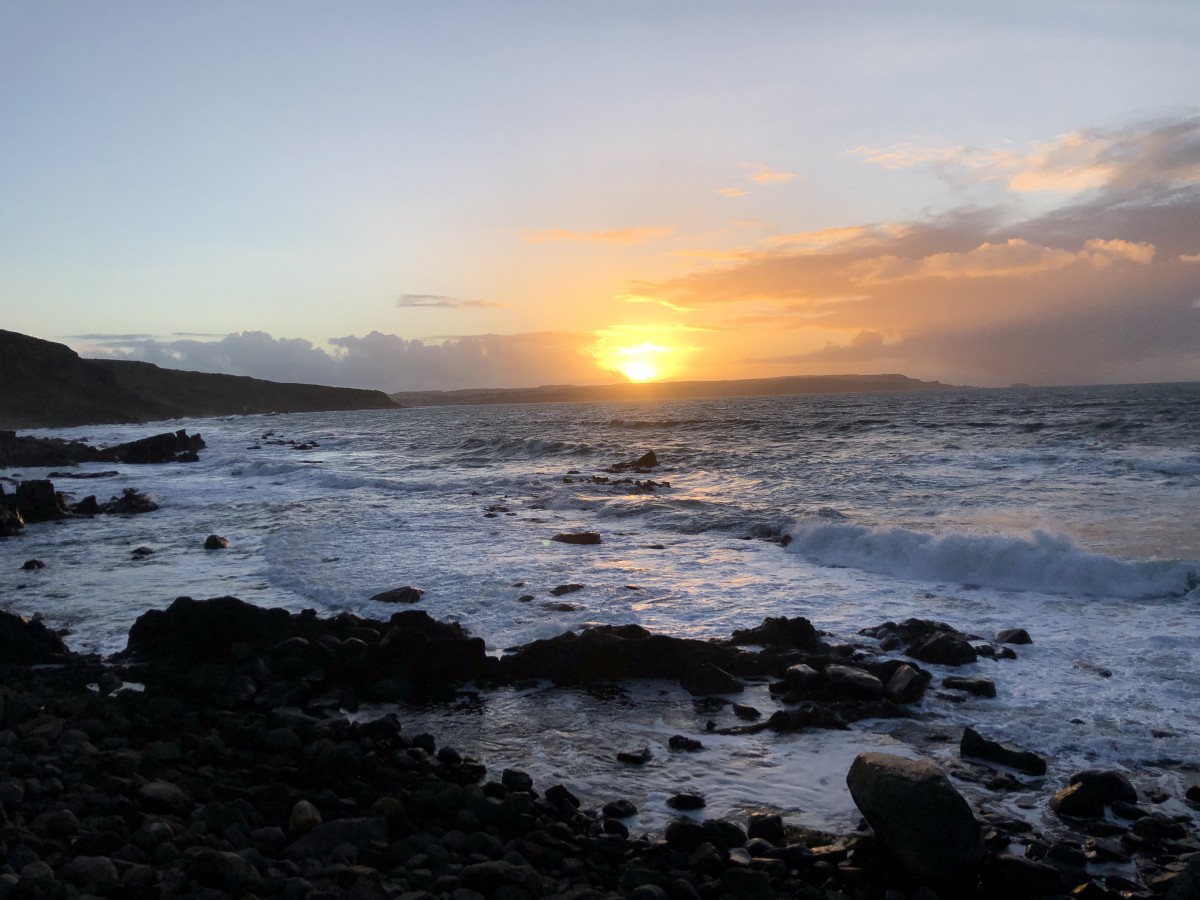 It was a little colder than expected, likely due to the high amount of moisture in the air.

My PHD Yukon down jacket has been letting me down a little on colder trips lately, it’s likely in need of a good drying with something to restore loft. This is one of the downsides of jackets containing lower quantities of higher quality down, they just don’t take the same beating as a cheap jacket filled with a higher quantity of lower grade down.

My Alpkit Filo is about 8 years old and takes an absolute beating. My PHD Yukon is certainly far far lighter, but seems more prone to loss of loft. On trips where weight isn’t an issue, I should probably reach for the Alpkit. 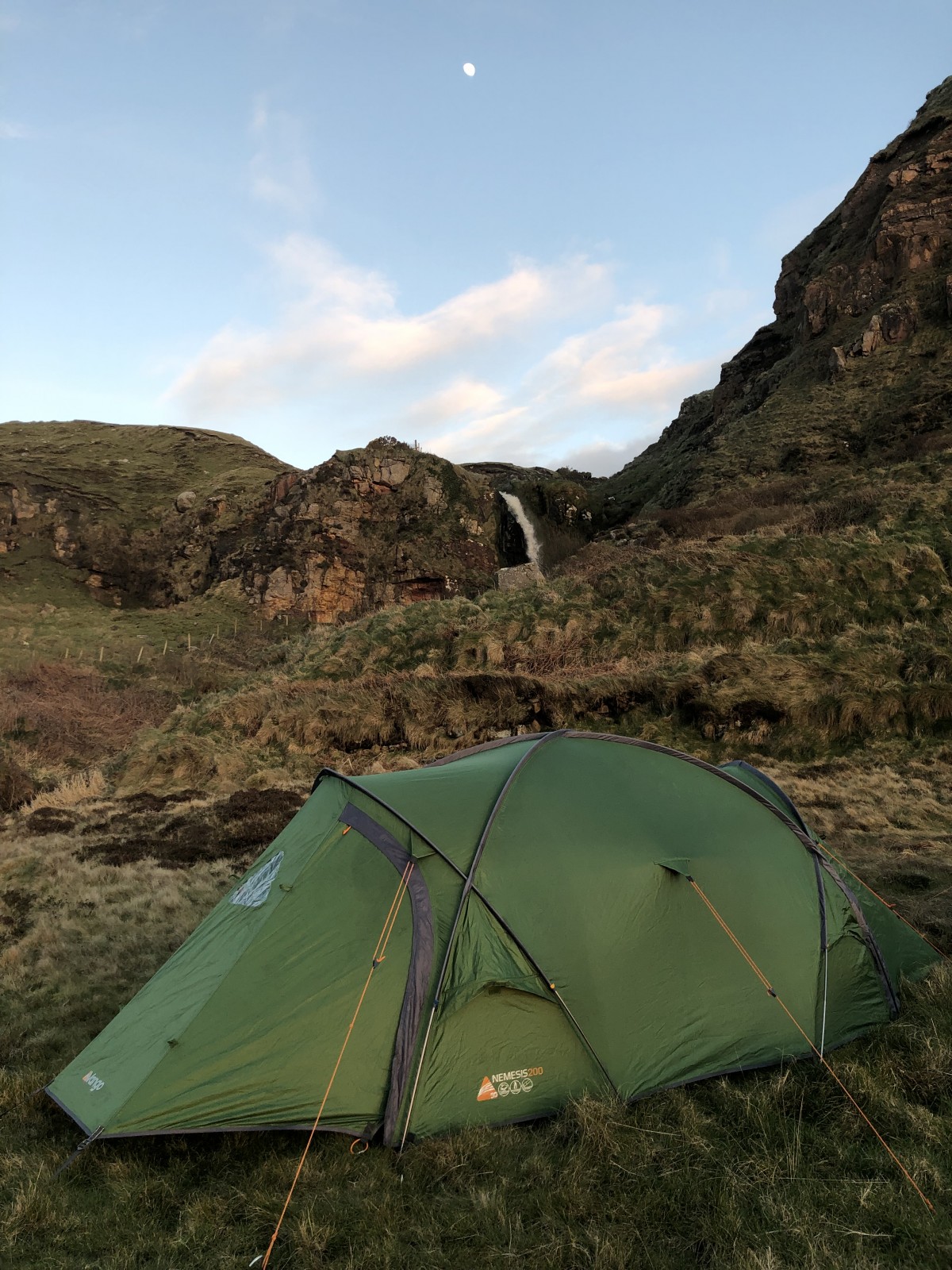 After a few hours watching the stars we each retired for the night and both of us slept well. It rained heavily for most of the night, so I’m glad I didn’t decide to bivvy.

It was still raining when we woke, so we packed up quickly and got on our way. We were expecting the path to be even worse than the day before but oddly it was quite a bit firmer in places. 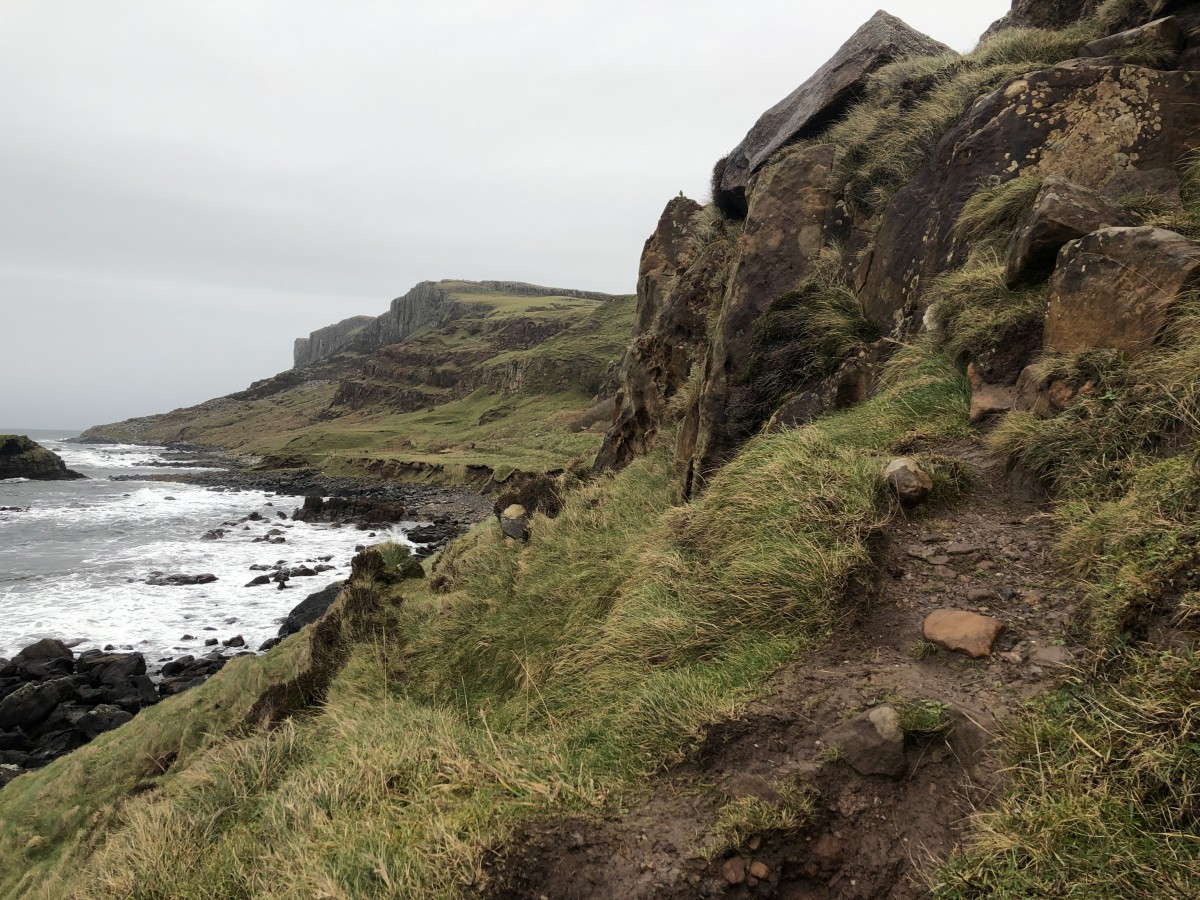 Before very long we were back in the car and headed home. We took a detour to Follow Coffee in Ballymena where we each had a nice coffee and a very tasty breakfast.

Sometimes you really need to get out and I’m glad we persisted and got somewhere this weekend. It was just the tonic we needed.

Christmas Camp 2018The Mourne Way - and a little camping