So, last week saw me with an unexpected laptop fault, and this put a dent in my weekly budget. So much of a dent that I was left with £5 to my name. My weekly pay usually comes in on a Thursday night at midnight, and this is the money I usually use to travel back home at the weekend, but its not always a definite that the money comes in before I need it, so having only £5 left me a bit uneasy that I’d get home the next day.

This predicament had to happen during a week of exceptionally mild and dry weather. Which for Northern Ireland, is something you don’t take for granted. So a combination of a keen sense of adventure and the excellent weather, left me leaving for a quick overnighter with a risk that I might not be able to get home at all.

I left university after class was over and headed straight to the train with a packed rucksack consisting of nothing more than a sleeping mat, sleeping bag and camera. So far that day I had ate a packet of Uncle Bens Express Rice, and nothing more. But sure, you’d rather sleep outside for a night and be hungry than be left sitting inside and eating dinner looking out the window at what could have been you snuggled up inside a bivvy bag.

Before setting off to find a stealthy bivvy spot in the quieter areas of Belfast city I popped into Tesco and purchased a Tesco Own Brand packet of custard creams, at 31p this was a relatively cheap dinner/breakfast (dinfast). After we all met up, the quick overnight group was complete and the adventure could begin.

This was the time in the evening when the sun is just after setting, and all you can see is a fresh colour of blue sweep the sky above you. The street lights are lighting up the small single lane road in front of you, and you are walking in a gentle amber glow, down a street you have never walked before. Suddenly the street lights end and you are faced with a dark gravel path in front of you. A sense of fear and excitement shivers down your arms. Your hands get a little bit sweaty and you can feel the cool night air gently breeze against them. These are the feelings you get when you travel somewhere mundane, but travel there with a sense of adventure. And why can it not be an adventure? No its not the high Himalayas or the deep Amazon, but what it is, is somewhere that I have never been, doing something that not many others do. 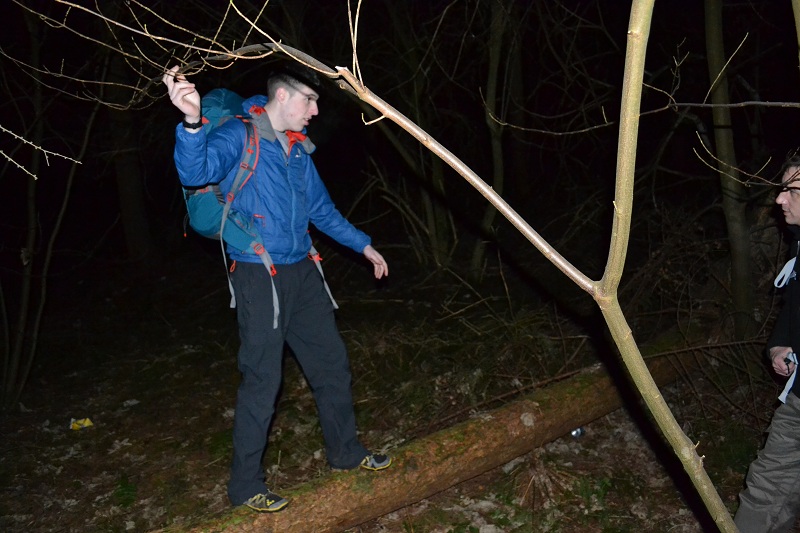 So after a couple of hours strolling around this wooded area we settled on somewhere to sleep for the night. The rucksacks came off, the bivvy bags came out, the sleeping mats unrolled, and the sleeping bags unraveled . In less than 5 minutes my bed for the night was made, and in 5 minutes more I was inside getting warm and comfy. I opened the custard creams and had some bedtime biscuits. 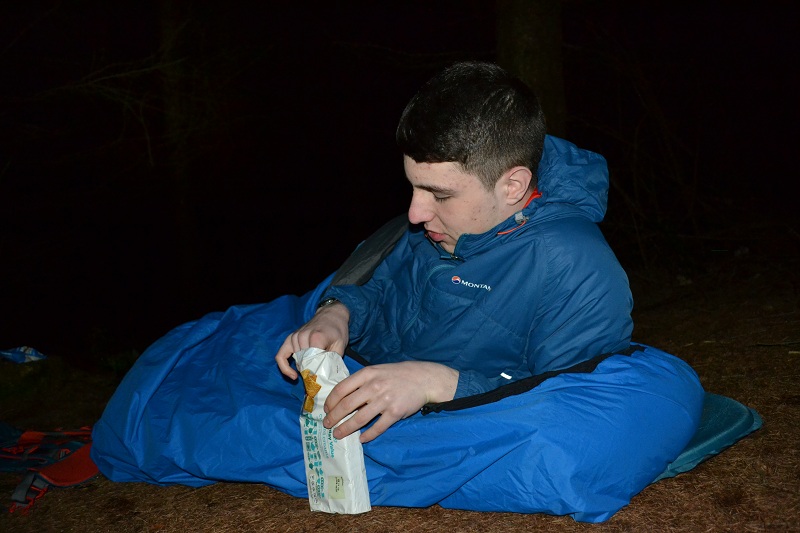 When you’re used to sleeping outside in remote places like mountain summits or on hillside heather and usually listen to wind and streams, it’s stange to lie down close your eyes, and hear nothing but noise coming from nearby roads, football pitches and landing planes. It took a while getting used to, but after a while it quietens down as the city goes to sleep.

We spent a good portion of the night laughing and joking about everyday things, that probably wouldn’t be as funny in a ‘normal’ environment. Everything is always funnier when your outside, even the weather, which for once, stayed mild and dry ALL night. I made such an emphasis on that because its very rare that you get to say it, and I’m grateful that I can. Another reason to go outside instead of sitting in. 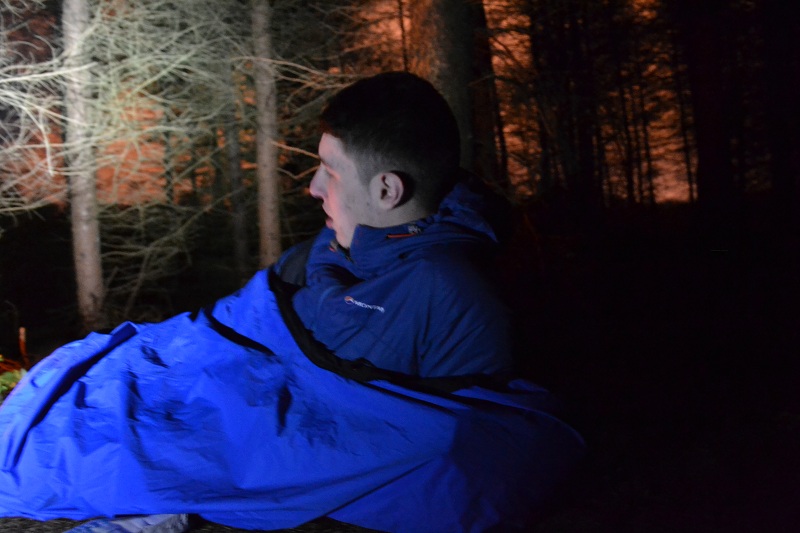 The next morning we packed up early and started walking back towards the denser population and some public transport. Walking on paths towards the city you may find you get some strange looks, looks from business men in their fancy suits, from shop owners opening up early, and from passengers on passing buses. Don’t worry about those looks, those looks are just looks of jealousy, because they have never experienced the simple joys of waking up and being surrounded by the simple things in life. Simple things like the view you first see when you open your eyes. The trees being bathed in the soft morning sunlight following a clear night. The knowledge that the person lying beside you, is witnessing the exact same thing. The joys of returning to work at the same time as everyone else and having done so much more than they have before the day has even begun.

If you’re wondering if we all made it back before work, before class, and before other people were even awake, the answer is yes. We all did, with great ease, you just have to go out and do it. Like most stories, there is a moral that goes alongside it, this is mine:

Take that risk of not being able to get home because you spent the last of your money on train tickets and custard creams. The risk of being 5 minutes late for work because you had to change in the toilets before you came in. Take the risk of getting those looks from passers by. The important thing is that you go out and do it. It may rain, it may be windy, you might not even get any sleep, but one thing I can say for sure is you will look back on that night with fond memories,  and you definitely won’t regret it. You’ll tell stories about it, and you’ll want to do it again, simply because you can, because you suddenly realize that there is nothing stopping you from doing it only yourself.

Why are you still reading this? Go explore!