It was Friday afternoon when Ed, Dave and myself met each other outside Belfast’s City Hall during our lunch break. The sun was beating down and the workforce were out in their numbers relaxing on the grass around the city’s iconic building.

It was during this break in our day that we decided that we had to make use of the good weather and head out for a nights camping. After throwing some options around we made our minds up on Slemish because of it’s ease of access and it’s short climb with rewarding views. 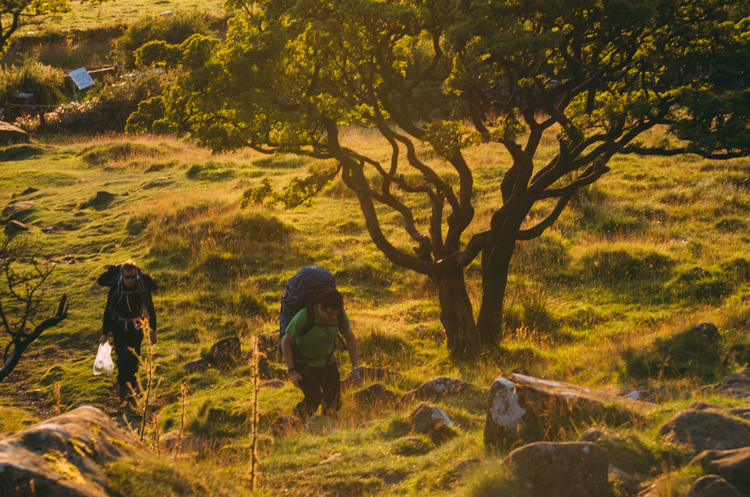 After making our way to the car park at the foot of the mountain we soon clambered out of the car in an effort to get to the top before the sun set. There were a few other walkers nearing the top of the mountain as we set off with the warm glow of the July sun beating down on our necks.

This was the first time both Ed and Dave had climbed Slemish before, and I had promised them that it was a nice quick and easy ascent throughout the journey there. We soon came to the steep hillside of the small but iconic mound and started our ascent. 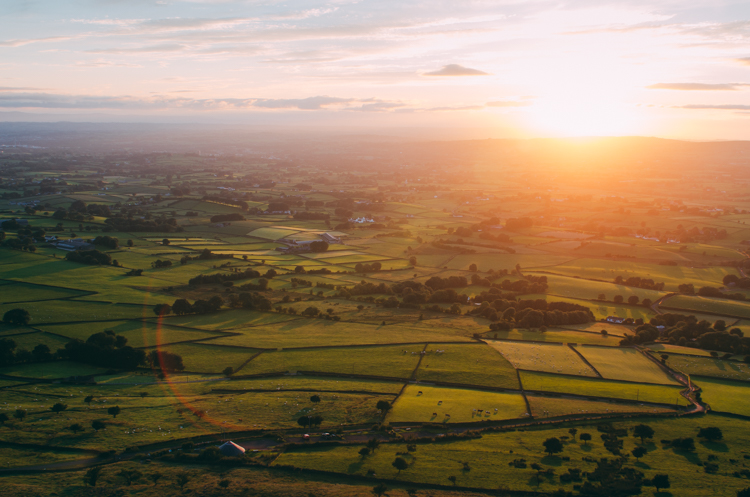 It wasn’t long before I heard the huffs and sighs of exertion from Ed and Dave as they clambered up through the purple heather, but in all fairness, I was rushing up the hillside in an effort to photograph as much of the beautiful setting golden sun as possible. 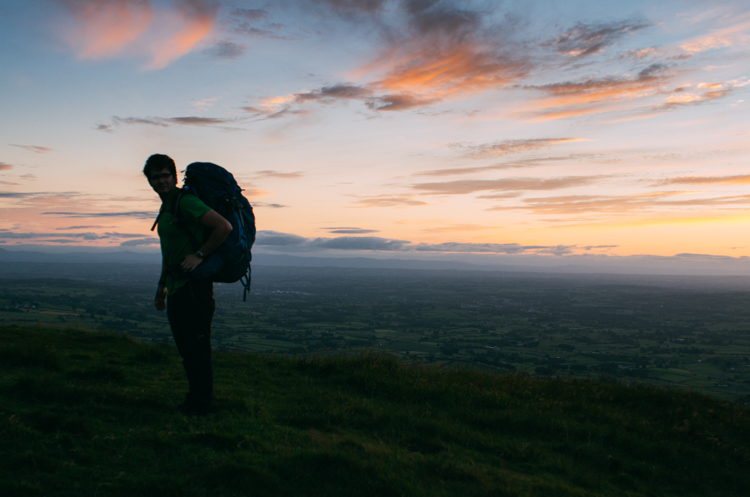 After a bit of heavy breathing and a couple of stops we were soon on the summit just as the sun had set beneath the horizon. The views of the rolling countryside and patchwork fields were spectacular as we stood in silence in an effort to take in the moment.

Meandering along the spine of the hill we soon found ourselves a relatively flat patch of earth to pitch our tents on for the night. With the withdrawal of the sun it had certainly became noticeably coder with a firm gust of wind blowing against us.

The roaring MSR Reactor stove was soon put to use as we crafted our campfire drinks and sat around in each other’s company. The supper we were soon tucking into had that special camping effect where everything mundane tastes that bit better when eaten outdoors. 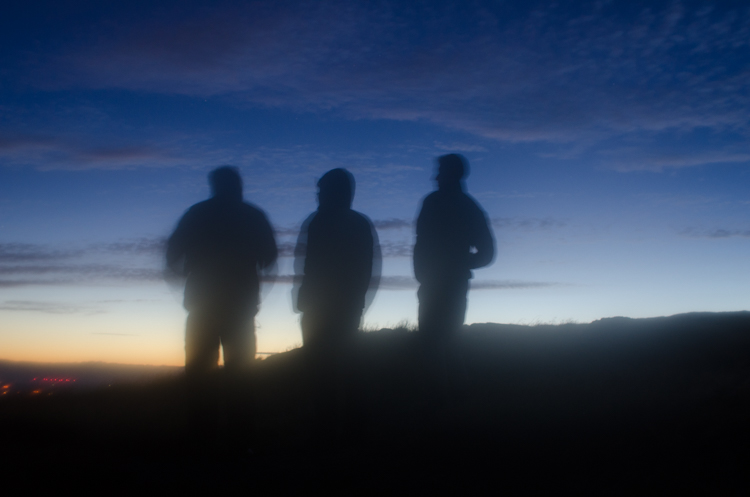 It wasn’t long until we lay on the dry grass beneath us and took in the massive sky full of stars above us. For being so close to neighbouring townland, the light pollution was surprisingly low that night and we could make our the arching band of the Milkyway Galaxy.

After talking about all sorts of topics well into the dark night, we retired to our tents where the warmth of our sleeping bags awaited us. The moisture in the air was certainly present as we clambered in and removed our boots and coats.

The next morning was rather mild after a period of cloud and low visibility. We salivated as we cracked eggs and bacon into our frying pan and waited patiently on perhaps one of the best outdoor breakfasts we’ve ever had.

Soon after we packed our bags and started descending the hillside along with some other early risers who had climbed it that morning. It wasn’t until we we within 200 meters of the car park that the sky opened up to heavy downpours – the first we seen all weekend – as we ran to the dry safety of our car.

A quick adventure up a small hill that packs some expansive views; this was a great little break outdoors and one we enjoyed thoroughly!