Home A few hours to spare…

A few hours to spare…

With just a few hours to spare on Thursday evening, Spud and I ventured towards the Mournes. It was 8pm, and Spud’s car smelled of the bacon and potato dinner that he had hastily eaten in order get on the way towards the hills. 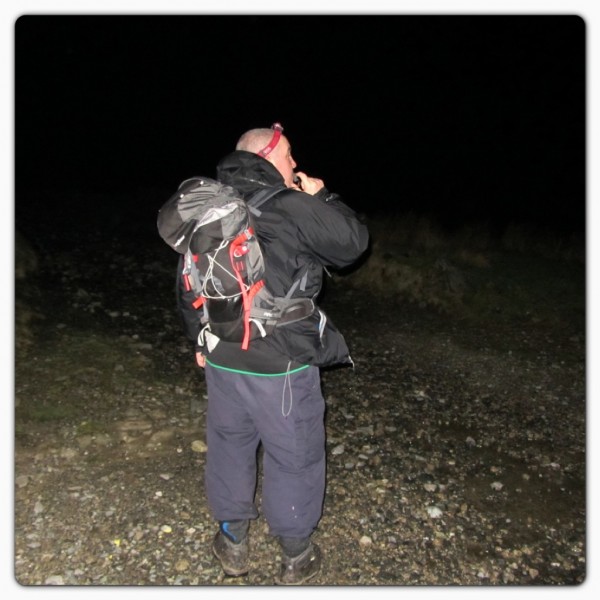 Our plan this evening was basically just to put in a couple of hours hill time and stretch the legs, and with that in mind we parked our car at the Cecil Newman car park and made our way onto the Trassey track. As usual Spud set our pace at around 5 KM an hour, which nicely warmed us up, as we made our way into he darkness. 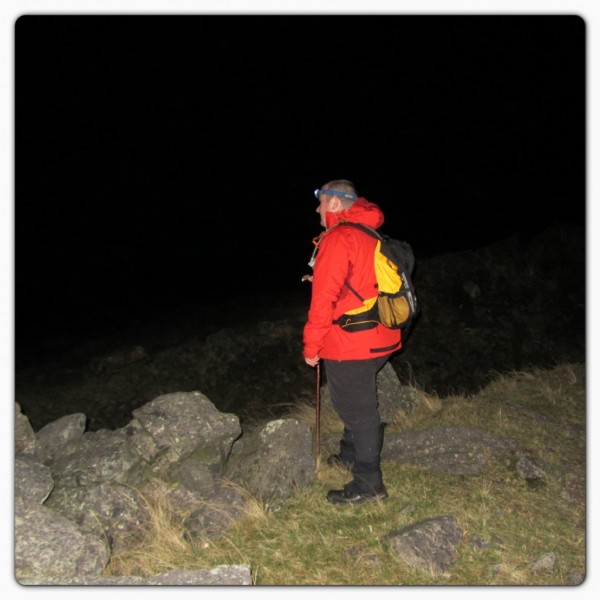 Having crossed through the three stiles along the track, we ascended the gentle winding path, marvelling at the dark outline of Spellack’s rugged cliffs still visible through the gloom. As always, it felt great being back in the mountains. We were pushing at a steady quick pace, and feeling good about it. Now nearing the steeper climb onto Hare’s gap itself, we noticed an abandoned quad, parked up at the side of the track. Wondering what the reason was behind it, we pressed onwards and upwards. 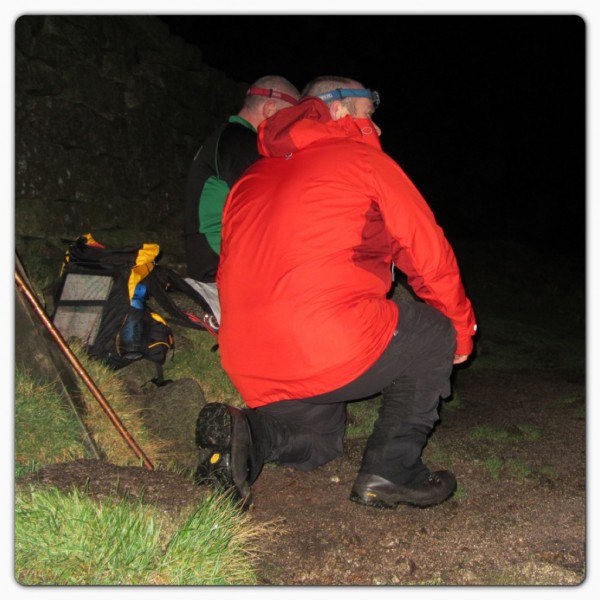 For those of you that have scaled Hares gap, it gets quite steep in a hurry as you ascend the boulder field to the col, with a myriad of small streams running down through it. We just put our heads down and plodded on, laughing to ourselves how good it felt to be out of breath! Nearing the col, I heard a dog barking and caught a glimpse of its eyes shining, as they were caught by our head torches. I instantly thought of the abandoned quad down below us in the valley, had its owner had an accident? To our relief, we noticed an old man approaching us out of the darkness. 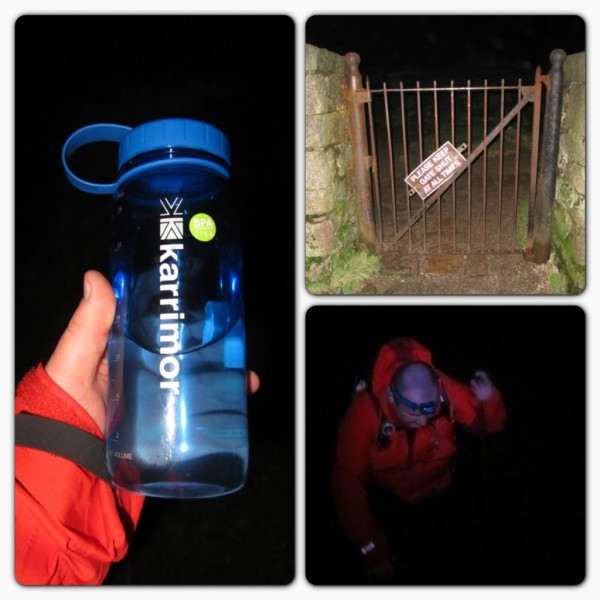 He explained to us he had been on the mountain earlier in the day to look over some sheep, and had become disoriented in the heavy fog. He wandered some hours before finding the wall, which he followed until Hares Gap. We asked him if was he injured, and if he would he let us guide him down to the quad. “Not at all lads ” was his reply, and he bid us farewell as he made his way down the boulder field in the pitch dark with no torch! “These oul Mourne Men are as hard as nails” I remarked to Spud! After a 10 minute break at the gap, we followed the farmer back down towards the valley. Nearer the valley floor, I was delighted to hear the quad starting up, its headlights cutting through the dark, as its red tail lights made its way down the Trassey, before the dark rushed back in to reclaim the track. 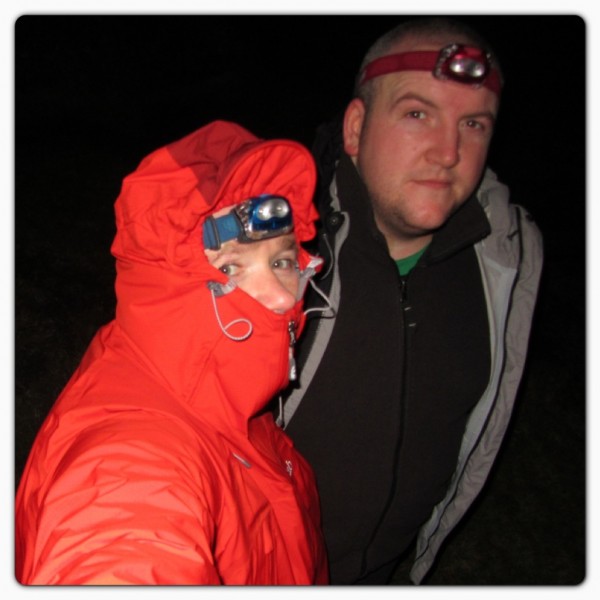 We wound our way back down the rocky path, setting a nice pace again, the wind was picking up, and even in the dark we could see the cloud rushing in over the hills, you could almost smell the rain in the night air.

Passing through the stiles again towards where we began our walk earlier, the first spatters of rain began to fall, and as we reached the car, someone turned the taps on, and the heavens opened! We had made the most of the evening and were now going home with tired feet and smiles galore.