The jet stream has moved north and we have finally had a glimpse of spring. I love the season changes, especially the spring when the nights lengthen out past 6pm which means longer walking and later pitching on camping trips. 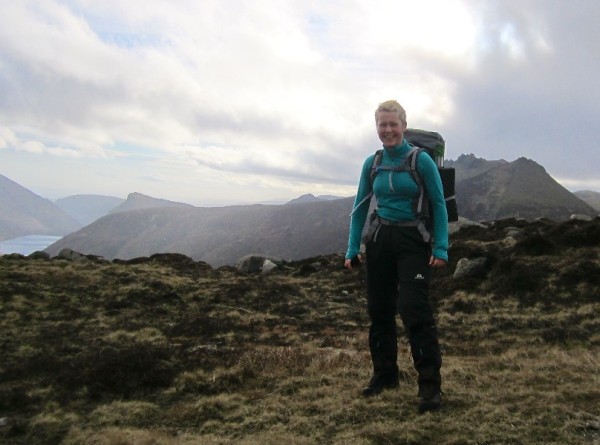 The weekend weather was looking good, sunshine, clear skies with a bit of wind but nothing too major. I have been wanting to do a summit camp on Bearnagh for a while and this weekend was going to be it (I hoped anyway).

I had a park run to do with my pup Cash in the morning and the plan was to then head up after lunch picking up Stephen on my way through. After the run in the morning it was a large lunch with as much bacon sandwiches as I could fit in.

We parked in Meelmore lodge and headed up Trassey track veering left to take in slievenaglock, corragh and commedagh. The weather did not disappoint and it was great just walking in my base layer. 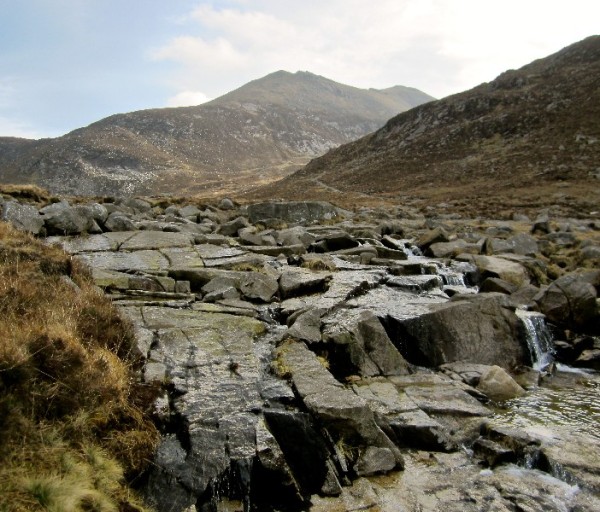 This track is a nice change from going straight to hares gap and there are some lovely old mines from when the wall was built. I was certainly working hard as when we got to the water pipe on commedagh I had already half emptied my 2l bladder. A quick refill and it was over the summit and down to the Donard/commedagh saddle. It was steady walk on the brandy pad to Hares gap. 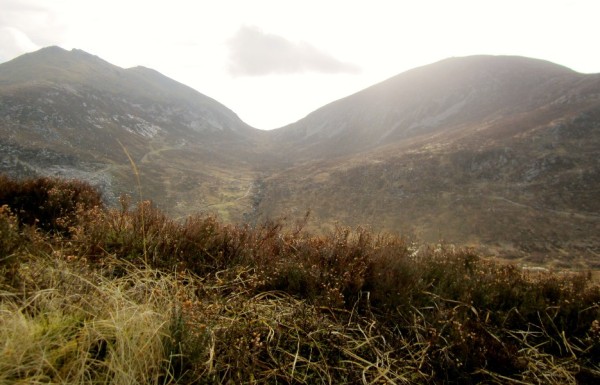 We discussed the possibility of a summit camp but as the wind was certainly ‘fresh’ it was decided to camp at the Hare’s gap. There were plenty of spots to choose from and we tucked in as close to the wall as we could. 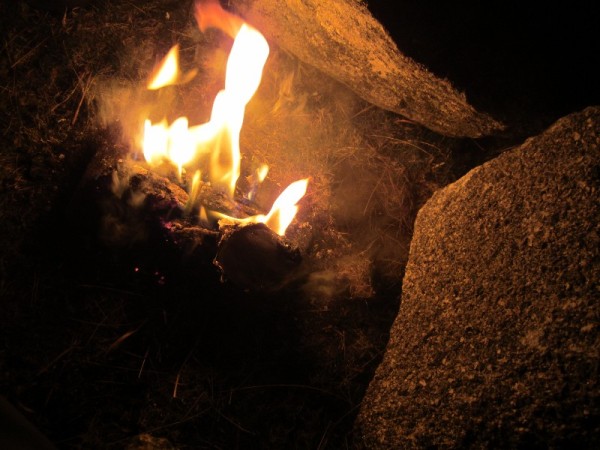 My Cobra coleman 2man tent is great even on a windy night, it certainly is worth the price tag when compared to other more expensive 2 man tents. 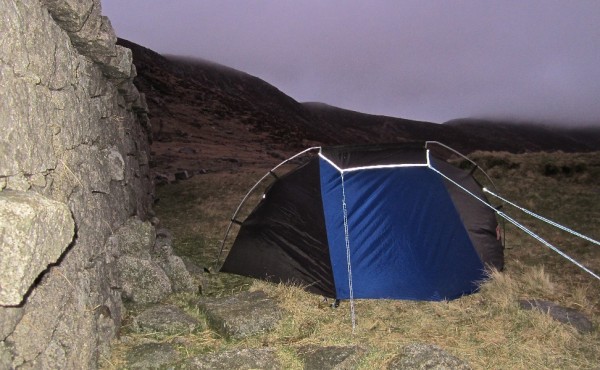 I had a cup of coffee with some malt loaf and then an army ration pack paella. Steven had stew which looked more appealing than mine. Firelog lit with radio 2 on and a early night at 9.30. The moon made brief appearances but sadly the clouds covered the skies.

I was hopeful of a sunrise and got up at 6am, mist met me when I poked my head out of the tent, so I had a coffee and breakfast then packed up. As we were up and ready to leave by 7.30 we had a quick summit of Bernagh in the morning mist. It was then the walk back to the car and some proper breakfast in Meelmore lodge.

A fantastic walk with 16km walked over the two days. The Mournes gave us our first taste of spring and what a joy it was. 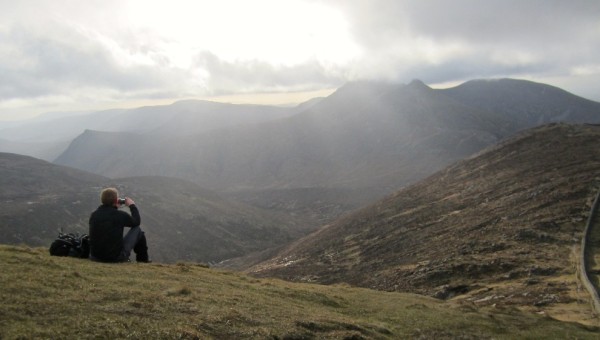