Home Last days of the holidays

Last days of the holidays

The 6am alarm was sounding in my ears as I swayed my legs off of the bed. “I’m not right in the head” I heard the inner demons say to me. It was the last day of my holidays and I wanted to spend it in the mountains. Unfortunately none of the lads were able to join me due to work commitments. It had been some time since I ventured alone in the mountains, usually joined by Spud, Ed or Eamonn. As usual I planned out my route taking into consideration that I’d be hiking alone and with a forecast  for snow temperatures near freezing. I had got the early bus to Newcastle and found myself walking along a biting cold windswept promenade towards the dark silhouette of the mountains. My only company were street cleaners dressed in fluorescent jackets chasing whirling rubbish caught in the sea breeze. Nearing the darkness of Donard wood  I glanced back towards Dundrum bay to catch a glimmer of dawn and watch sea gulls dance above the crashing waves. 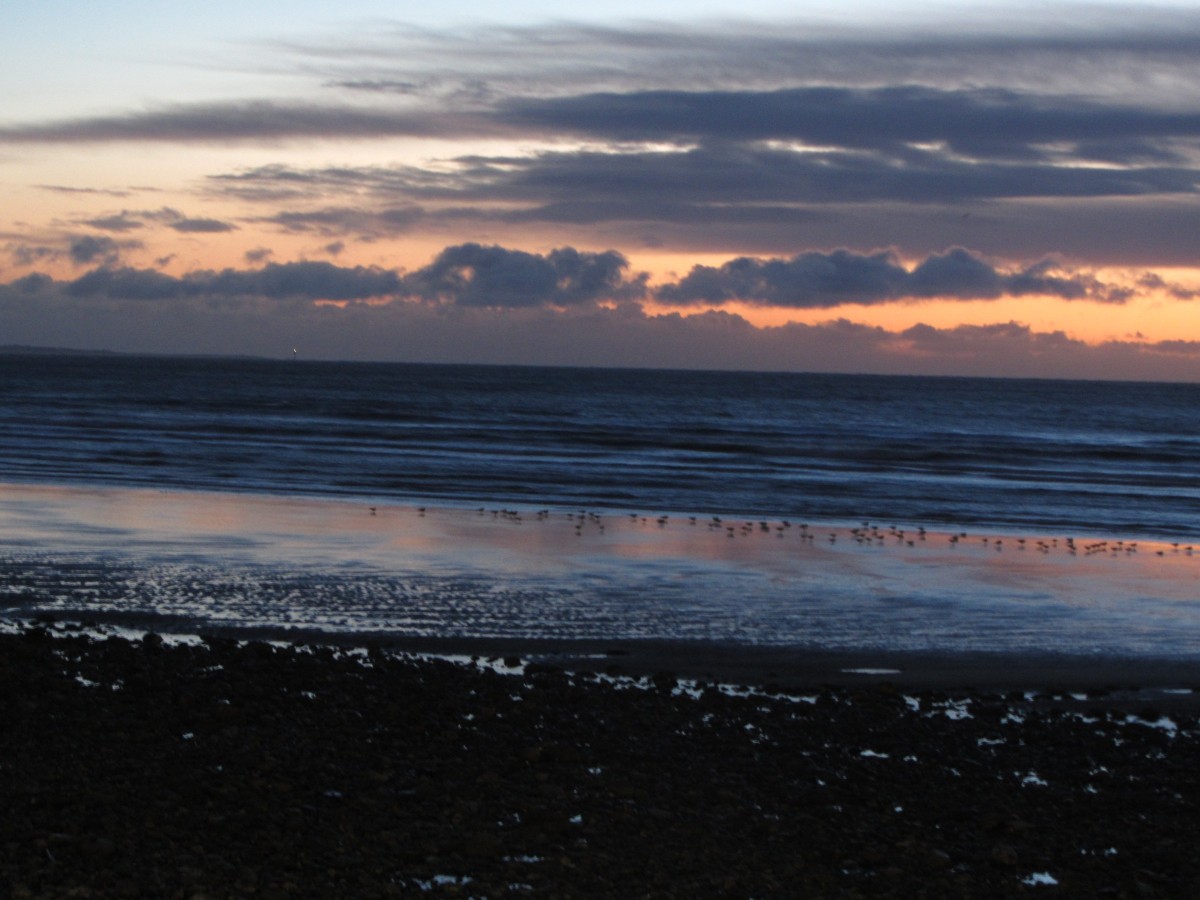 Bitter cold winds from the sea.

As I took the first steps into the woods I felt the shelter the trees provided from the wind and was thankful for it. Although the woods were very much cloaked in darkness I knew the track well and my eyes adjusted allowing me to walk without a head-torch. I remember thinking how liberating it felt staring up to the treetops from the darkness of the trail below. I took a South Eastern trail which gently contours upwards passing an old out-house which was once attached to a Victorian mansion, ‘Donard house’ which is now all gone except for a few old remnants such as the ice-house. The morning light began piercing through the trees as I stopped to do a map check. On the subject of navigation it’s become a habit for me to try to incorporate at less some map reading or compass bearing within every hike. Reaching a crossroad in the trails where a stream crossed made an ideal location to check my bearings, as it would be easily spotted on the map. 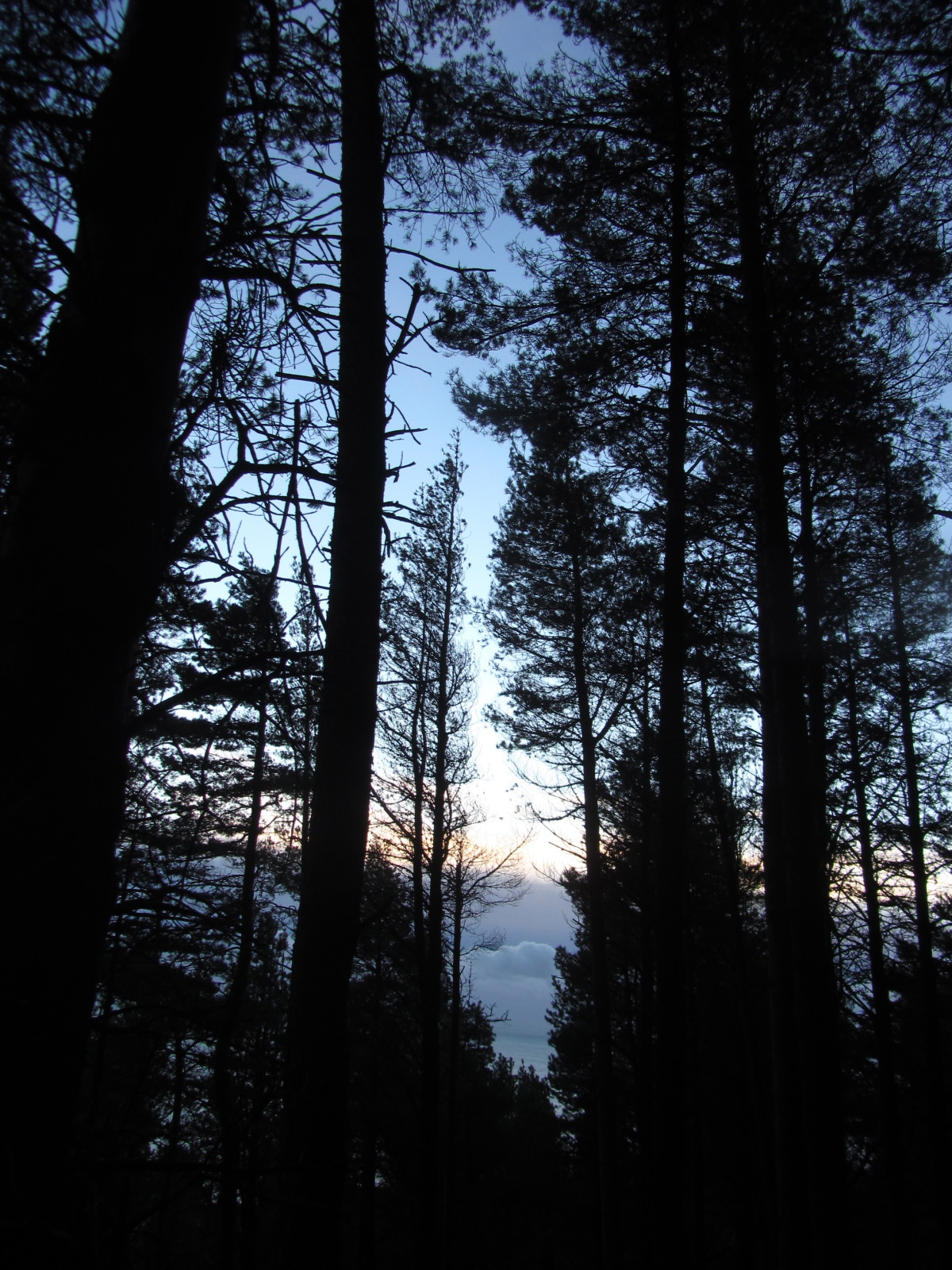 Nearing the end of Donard wood the trail steepens pass a rocky outcrop before finally opening onto the mountain over a stile. The shelter that the woodland had given me was quickly replaced by a fierce wind ripping up and down the mountainside. The lower slope of Millstone Mountain has numerous old quarry works with huge piles of granite, which served well as a shelter as I enjoyed a hot flask of tea and relaxed listening to ‘ Echo’s, The Best of Pink Floyd’. Above me high on a pile of granite I mounted my tripod and camera and set the timer to rotate over an hour while I explored the quarry workings below.

Having spent some time on Millstone mountain I began to make my way down towards Newcastle, my return trek back would allow me to contour along the mountainside with the forest far below. The terrain underfoot was a boulder field and very steep in places, but with a bit of care I began to descend towards the end of the ‘Granite trail and the still used quarry .As I reached the trek leading to the quarry I could see a large digger splitting granite as it pounded it with its huge mechanical arm, a far cry from the stone masons of old. The afternoon light shone across the valley as I bordered the forest edge. I made my way along a track, which followed the wall towards the Glen River as it turned and twisted with the remains of abandoned campsites. 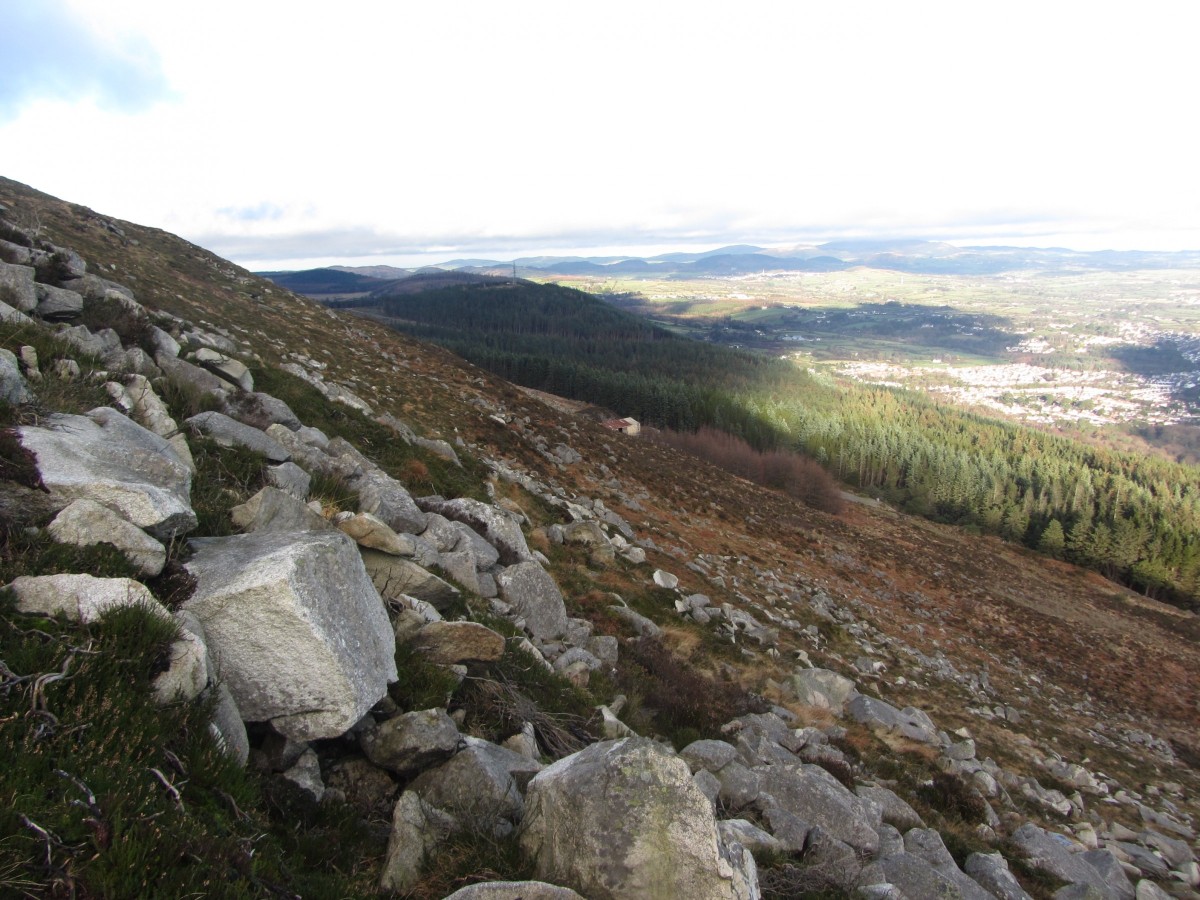 As I walked I glanced upward towards the black stairs, a notable terrain challenge to scale had you ever taken the wrong way either or down it. Within sight of the old ice house I ventured into the woods crossing over the bridge and onto the familiar trail I knew so well. Reaching the boundary of Donard woods I remembered how dark, yet welcoming it was on my approach earlier. It could well be some time again before I have another solo hike in the mountains but I had drank my fill of adventure for the day and was glad for the memories 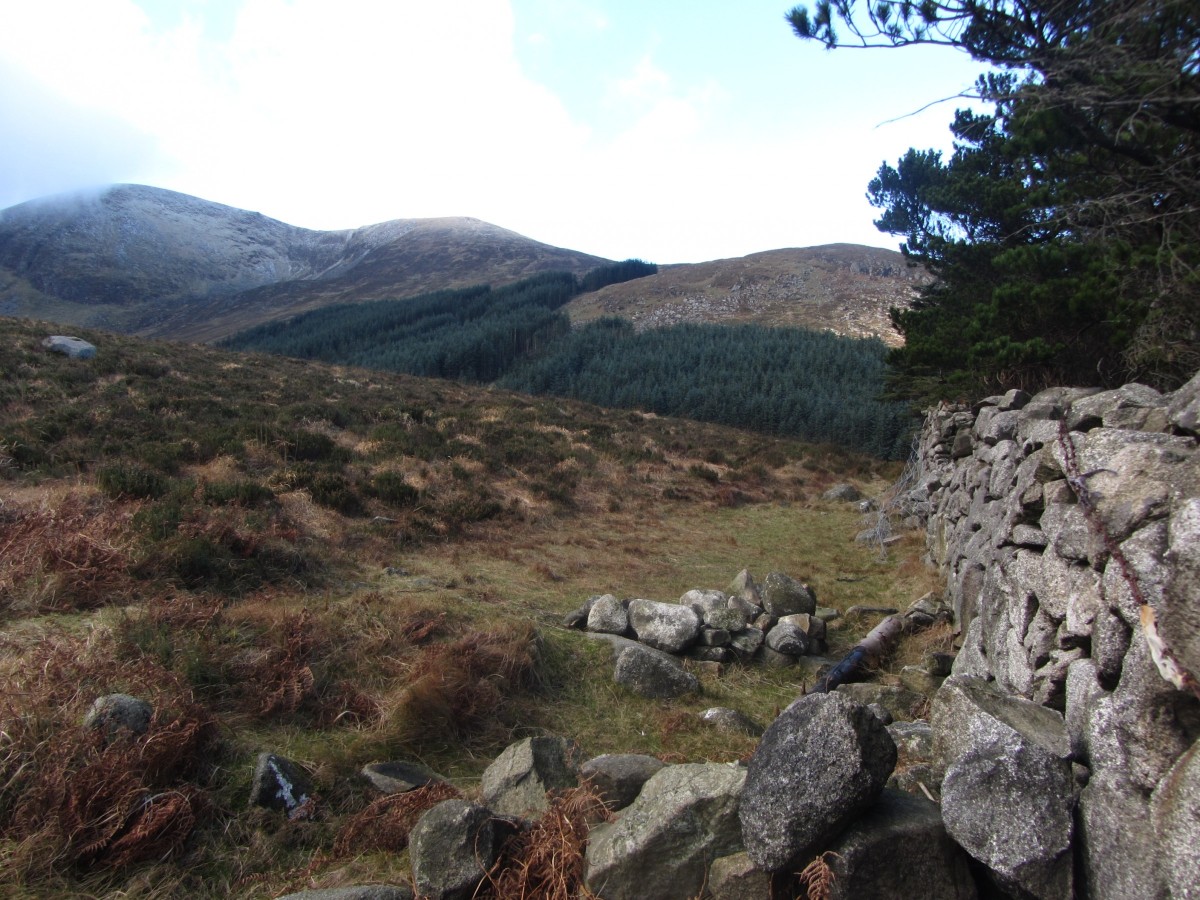