I had been looking forward to my next camping trip for a few weeks and luckily some short notice plans worked out for a summit camp on Slieve Commedagh. 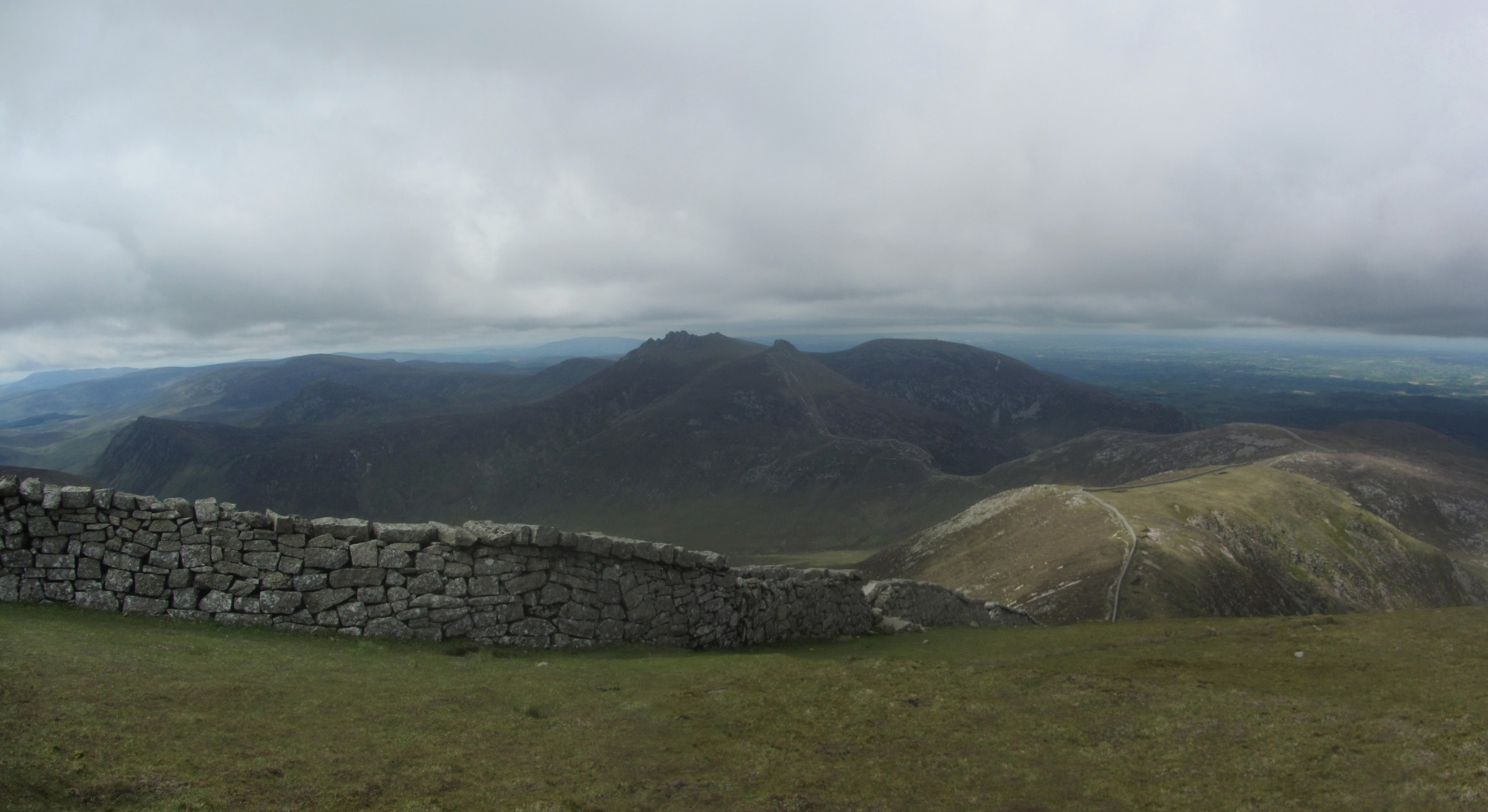 The Mourne wall leading off Commedagh.

My past two wild camps have been on summits and this is generally how my Spring/Summer trips pan out.

We arranged to meet at midday and set about grabbing some supplies and a hot meal before venturing off into the mountains. It was early afternoon and the sun glared down on us as we made our way through the deciduous woods. We decided not to follow the usual river track upwards rather we would follow the forest service roads to the third bridge before turning to face the mountain and our approach on Commedagh. 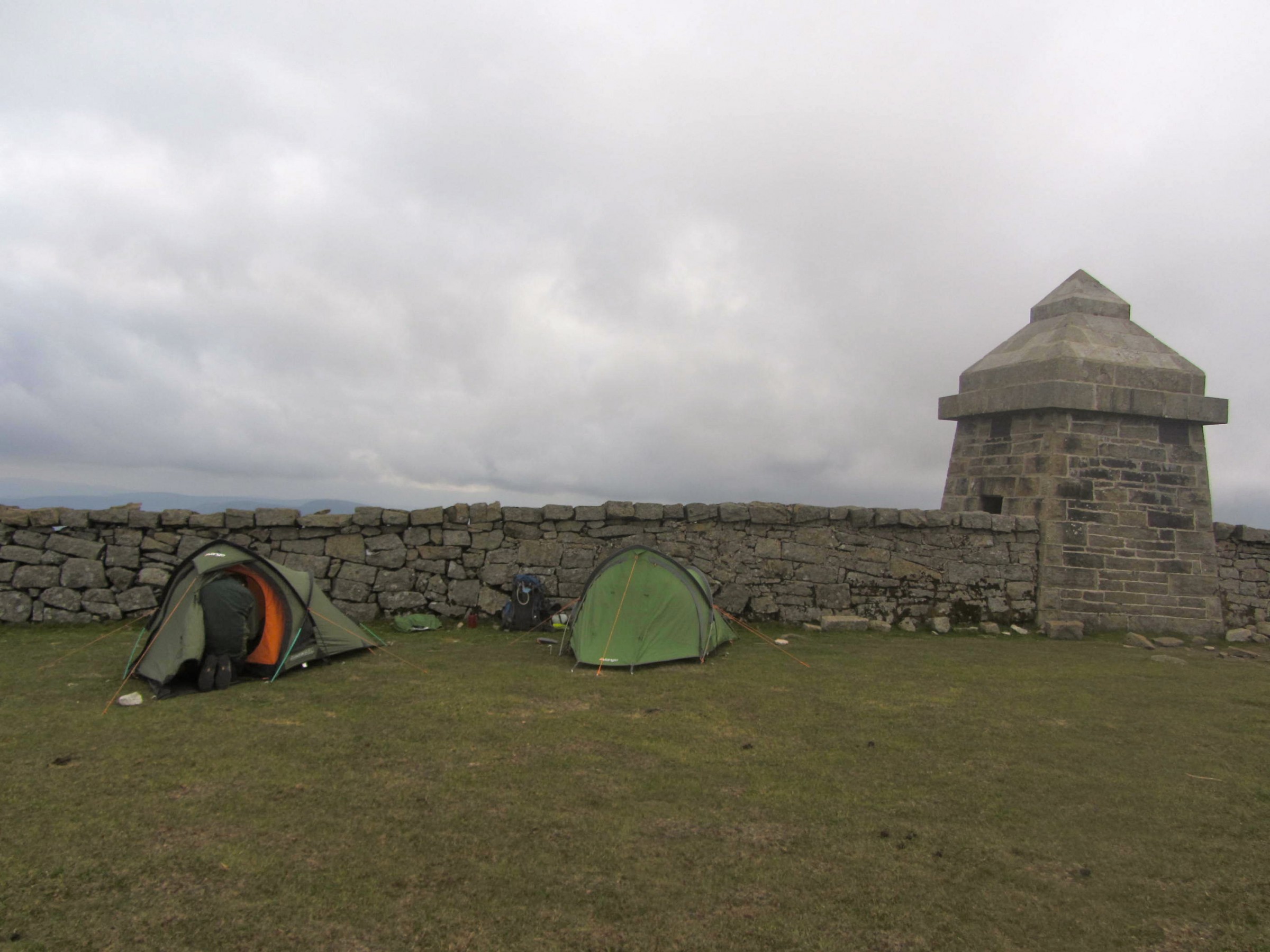 Our pitch behind the wall

Like most of our walks we chatted about current affairs, careers and the world at large as we slowly ascended the forest trails. Reaching the boundary trees of Donard wood a welcoming breeze greeted us as we ventured into the valley and the mountains beyond. The mountains were particularly busy with Duke of Edinburgh groups scattered out, some finishing with their heads hung low and others starting out singing as they went. The breeze also brought with it little chance of a aerial attack of midges, nothing worse than stopping to catch your breath whilst been bombarded by biting insects. The valley itself has a gentle ascent until you reach the saddle where the gradient increases a little. Nearing the Mourne wall and the last of the ascent a stream passes over the trek which made for a great place to refill our hydration packs. 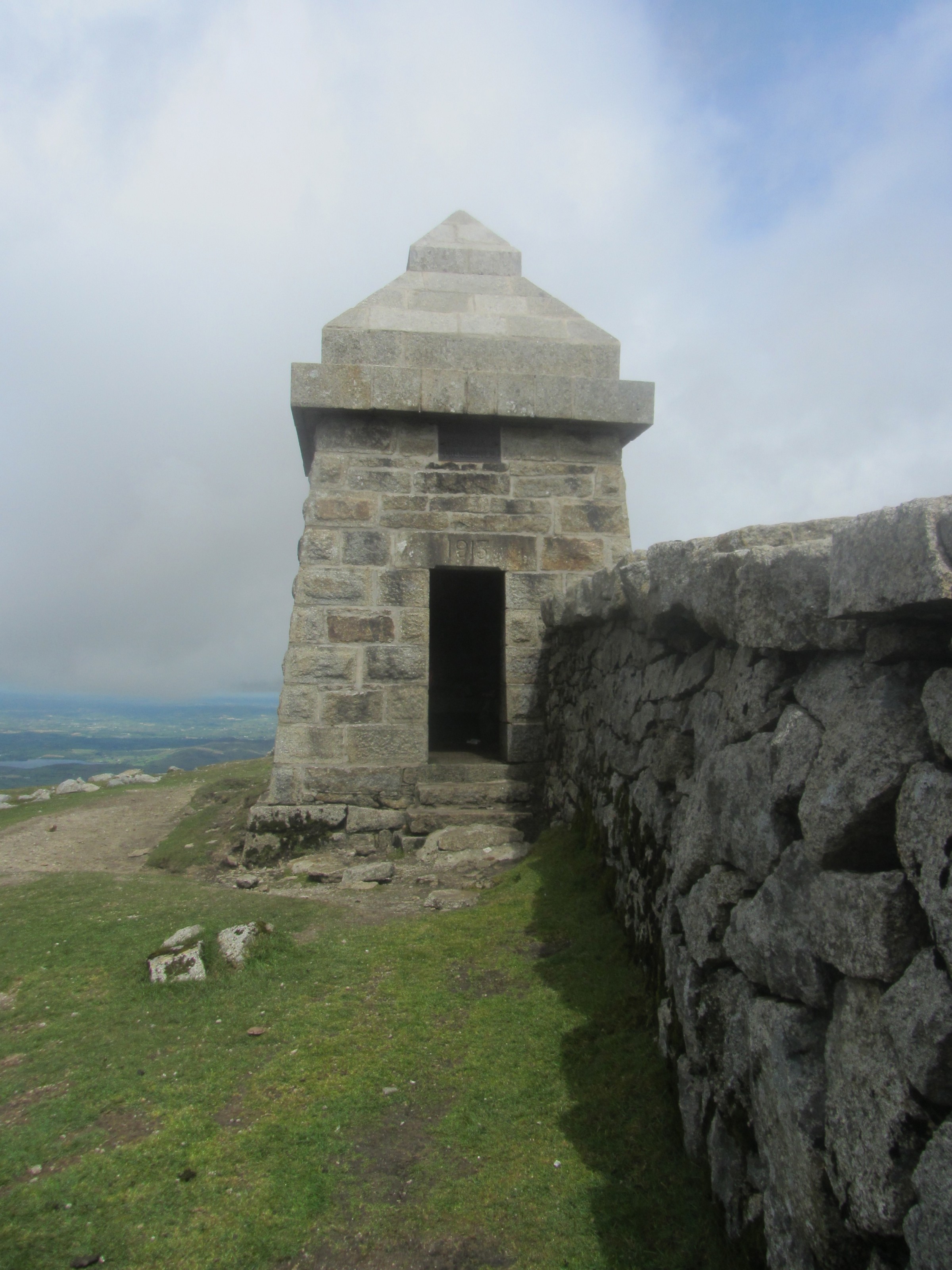 Earlier in the day we had read the weather forecast which predicted clear skies and a good chance of a great sunset. Not this time! The sky was dark and overcast with a howling wind. We decided not to hang around too much so we started climbing Commedagh straight away following the Mourne wall towards the summit. Slieve Commedagh itself has a gentle approach and after a short ascent the summit shelter came into view. We quickly pitched both the tents behind the protection the wall gave us.Slieve Commedagh itself is a great place to camp with loads of space for tents and a natural water spring located down towards Slieve Corragh. 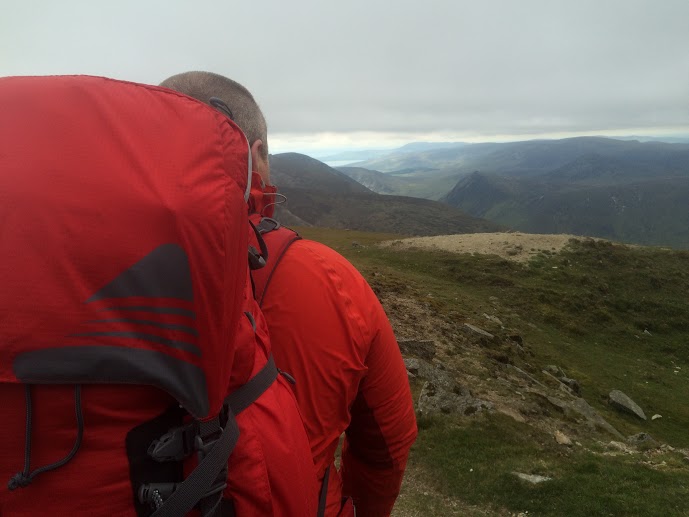 Given the short distance to the water source, we filled out water carrier to capacity which allowed us to enjoy plenty of tea and coffee.With such a howling wind outside we retreated to the summit shelter.The Mournes have three summit shelters,one on Slieve Donard,Slieve Meelmore and Slieve Commedgah which were built to provide those working on the construction of the wall some protection from the elements.. After a quick brew Ed started into cooking up our evening meal. 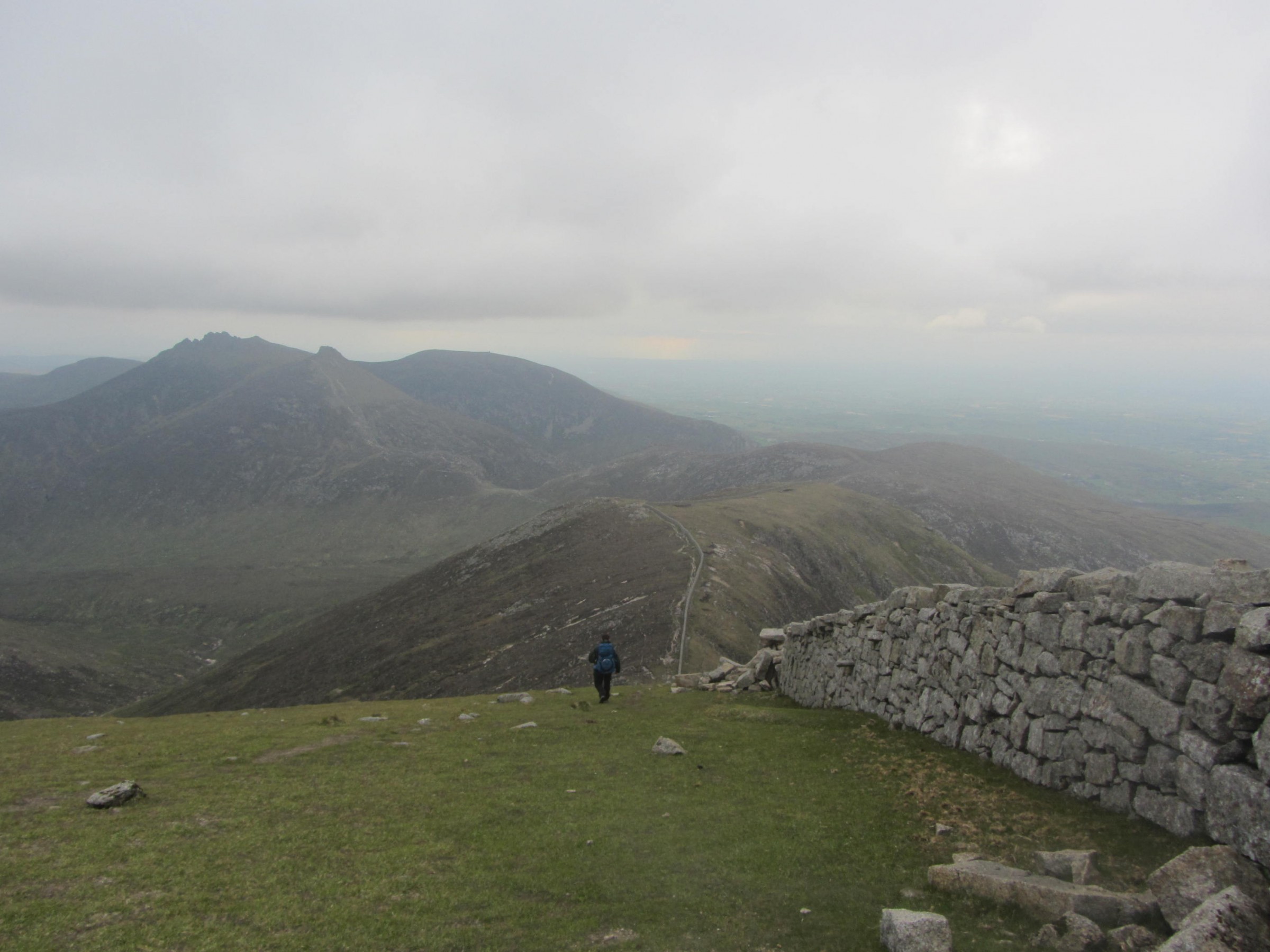 With the food taken care of I corked the rather nice bottle of vino I had hauled onto the mountaintop, after giving it some time under my fleece to rise to around room temperature.The wind broke on the shelter door like waves on the rocks but we rested easy under the granite structure that protected us from the elements. Any sunset was lost as visibility was down to around twenty feet. 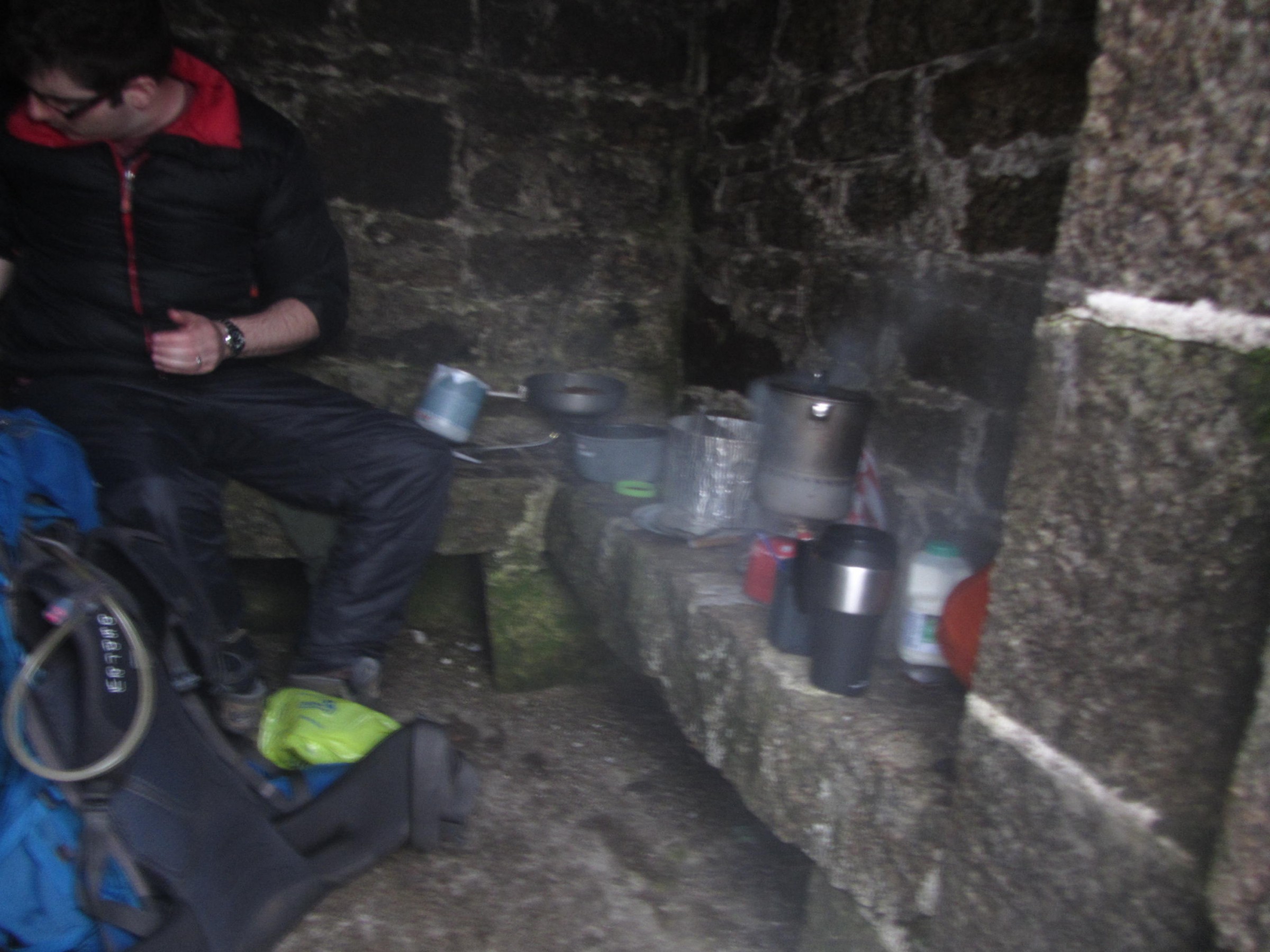 Cooking up a storm

Every once in a while one of us gazed over the wall to check on the tents. Late into the evening we switched off our head torches and gazed out into the night as ‘ The Best of Pink Floyd ‘ rattled inside the shelter the wind,mist and cloud fought outside in the night sky.We must have ate, drank and been merry until around 1AM before returning to the comfort of our tents.I can barely remember zipping up my sleeping bag before nodding off to sleep.

I awoke first as usual around 8AM and grabbed the stove aiming to quench my coffee fix and cooked a good robust breakfast. The weather was still not great with only fleeting moments of clear sky so I rested again in the shelter listening to some music.  After a while I began to pack away my kit  leaving it in the shelter as I did so.  Ed awoke around 9 and began frying up the remaining burgers and black pudding.

Just before we were due to leave the weather changed in seconds with clear skies across the Mourne range. We delayed our departure soaking in the suns rays and the views. 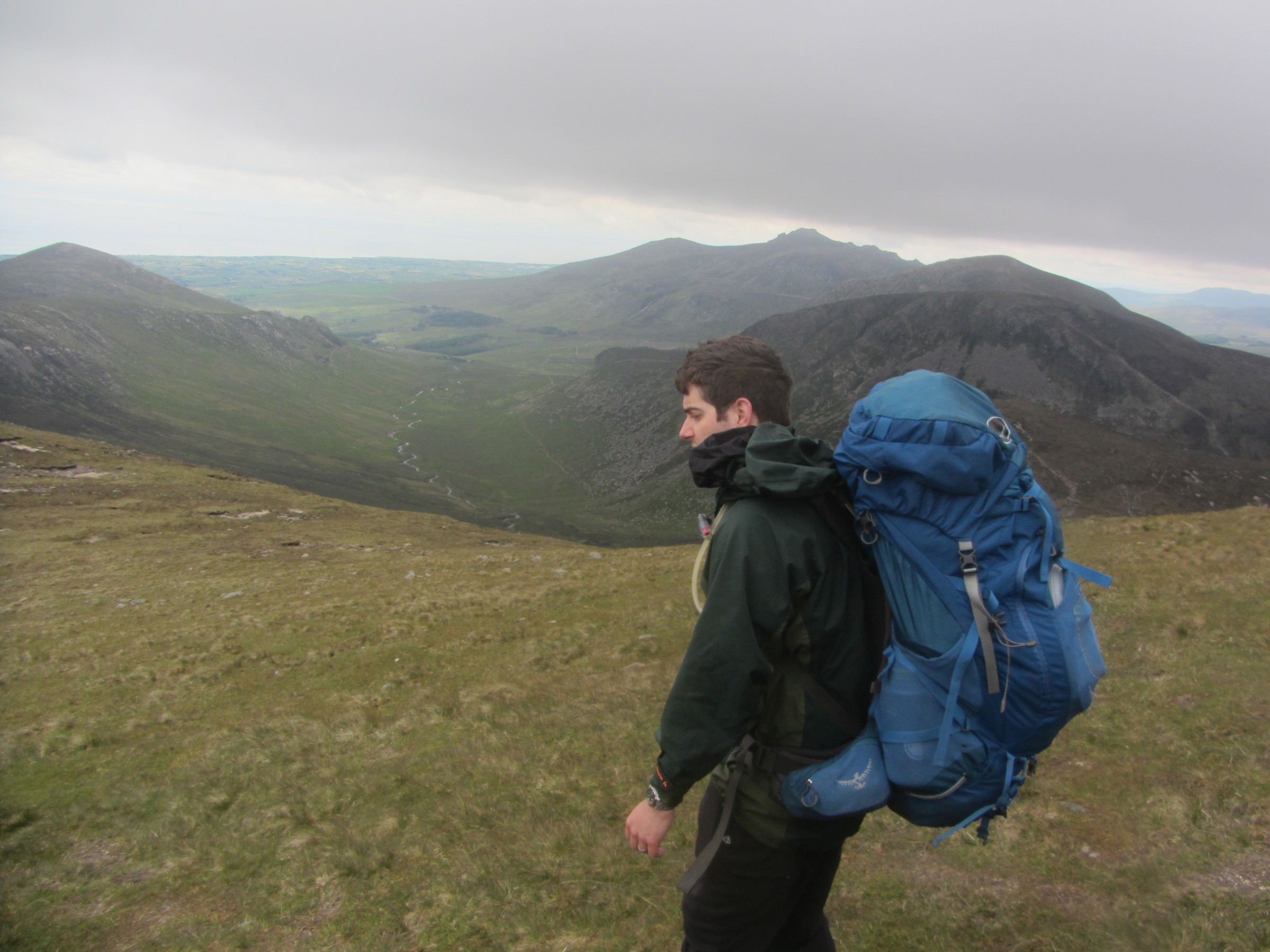 On our descent off the mountain we again encountered various Duke of Edinburgh groups coming and going.

While the poor weather certainly hadn’t been forecast, with some sensible changes to our choice of pitch and where to spend the evening, we enjoyed a great evening and following morning in the Mourne Mountains.