It’s not every day you’re rewarded with rainbows, inverted clouds and amazing sunsets 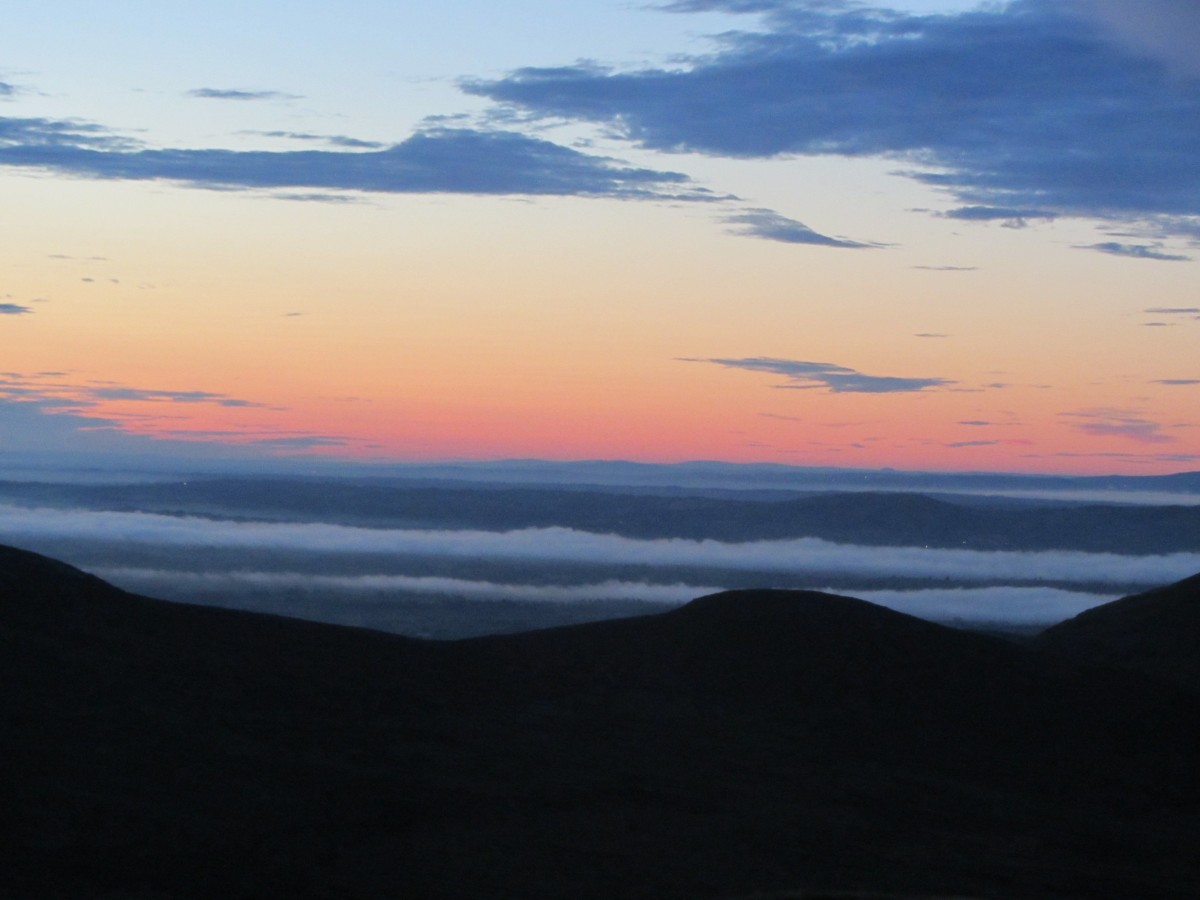 Last might I was joined by Spud and his wife on a hike up Pigeon Rock mountain in the Western Mournes.Leaving Downpatrick we were greeted with a ‘ thick pea soup’ of fog which was welcome given the rising temperatures. 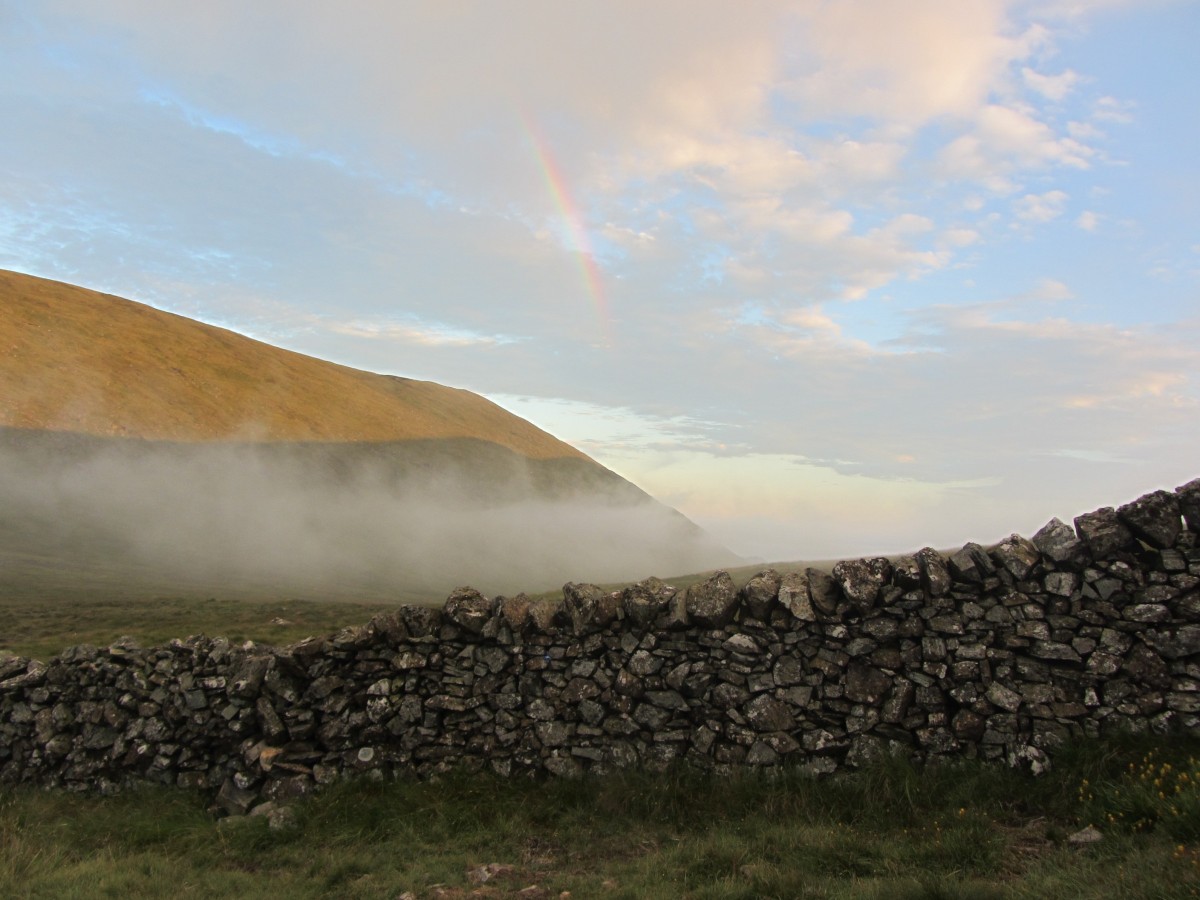 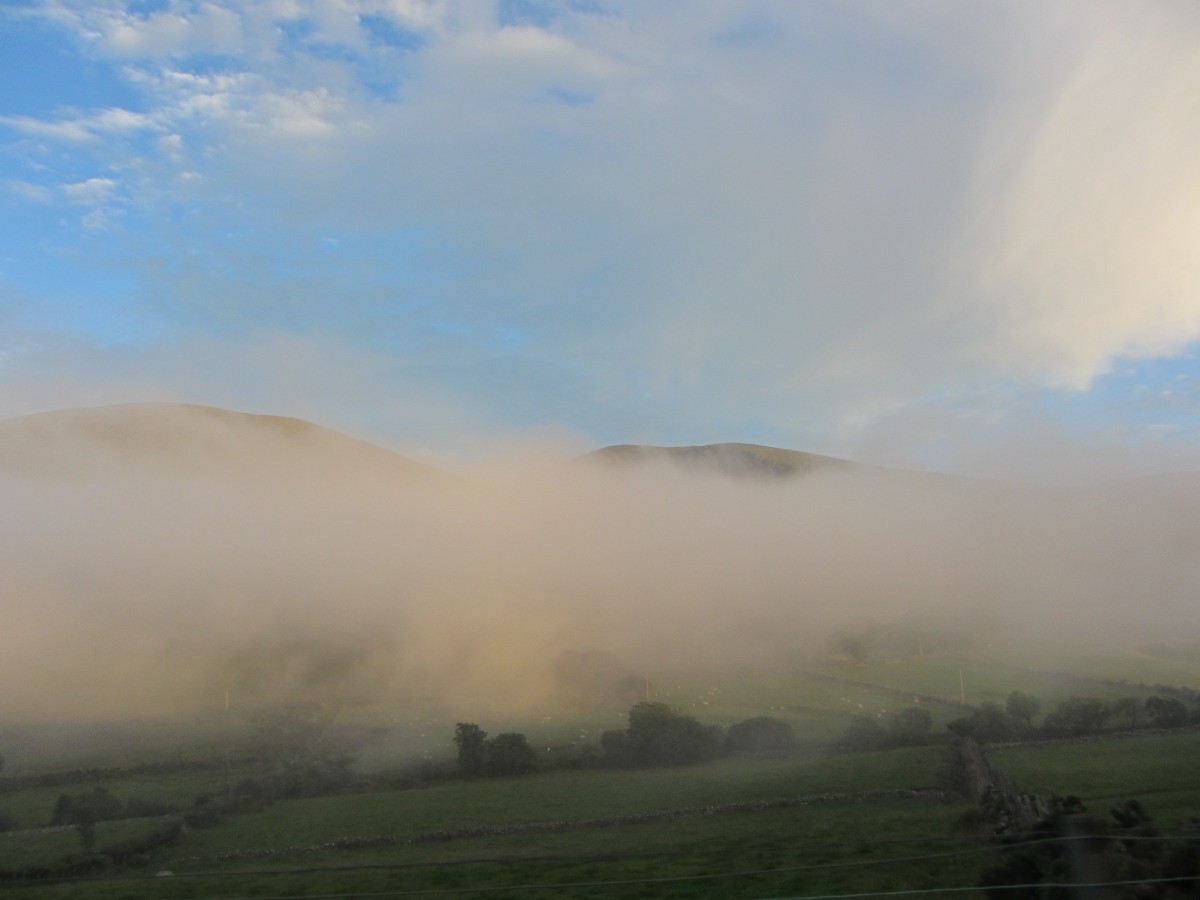 The mist is lifting..

As we neared the Mournes we started to consider an alternative route in Tollymore forest park, as the fog appeared to be getting worse. With amended plans for a forest trek we passed the Tollymore centre and planned to park the car at the Cecil Newman Car Park near the Trassey track. Approaching the Trassey, road a strong golden light could be seen with a hint of blue sky beyond it.

With the prospect of a mountain sunset we scrapped our woodland plan and ventured on towards the higher ground of Pigeon Rock Mountain. As we reached higher ground we could see whispers of mist attempting to invade higher ground, it seemed that somehow we had reached a sanctuary high above the mist covered lowlands. 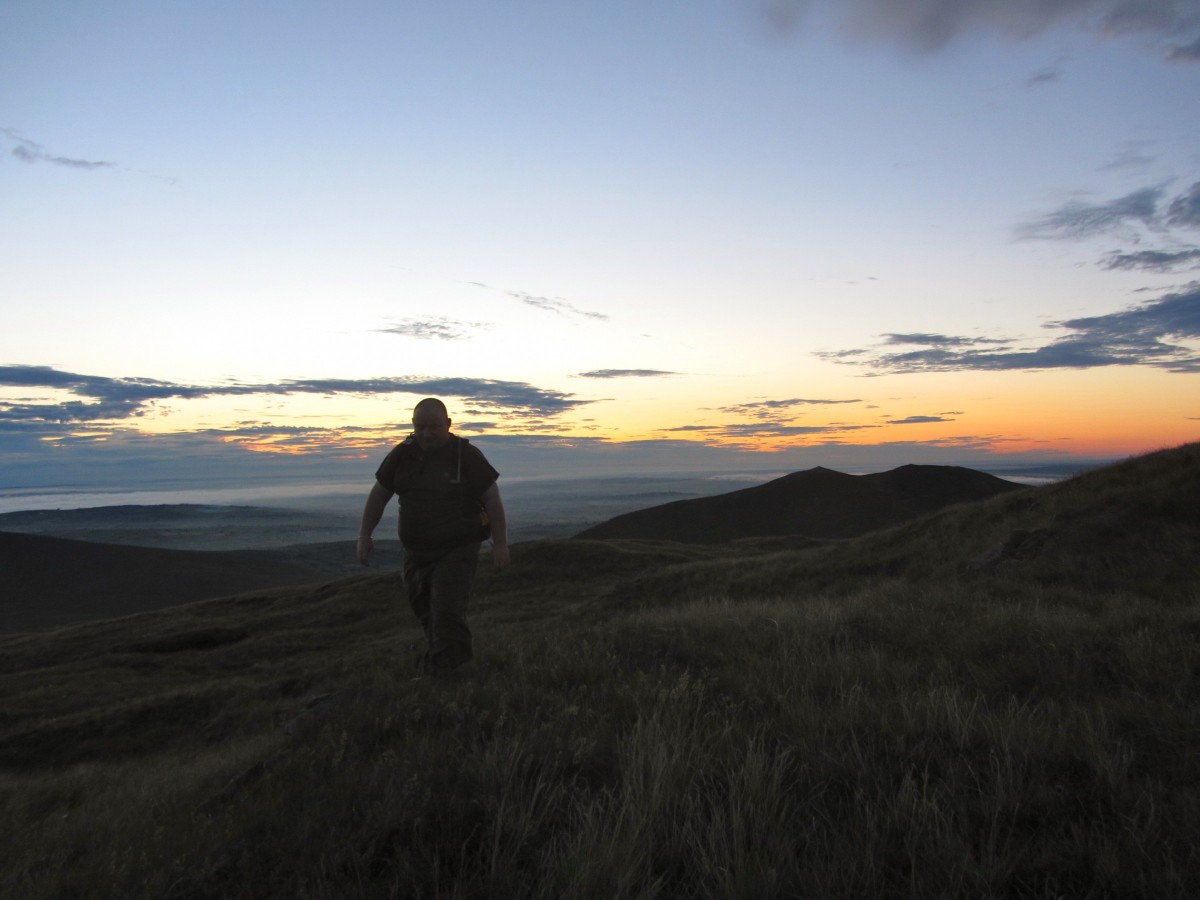 Taking the time to enjoy

It was just after 9pm as we parked the car on the slip road leading to Spelga dam. I quickly laced my boots and stepped over the stile onto the mountain. Looking down the valley towards the coast we could see a thick blanket of inverted cloud and a rainbow casting down over Slieve Muck. 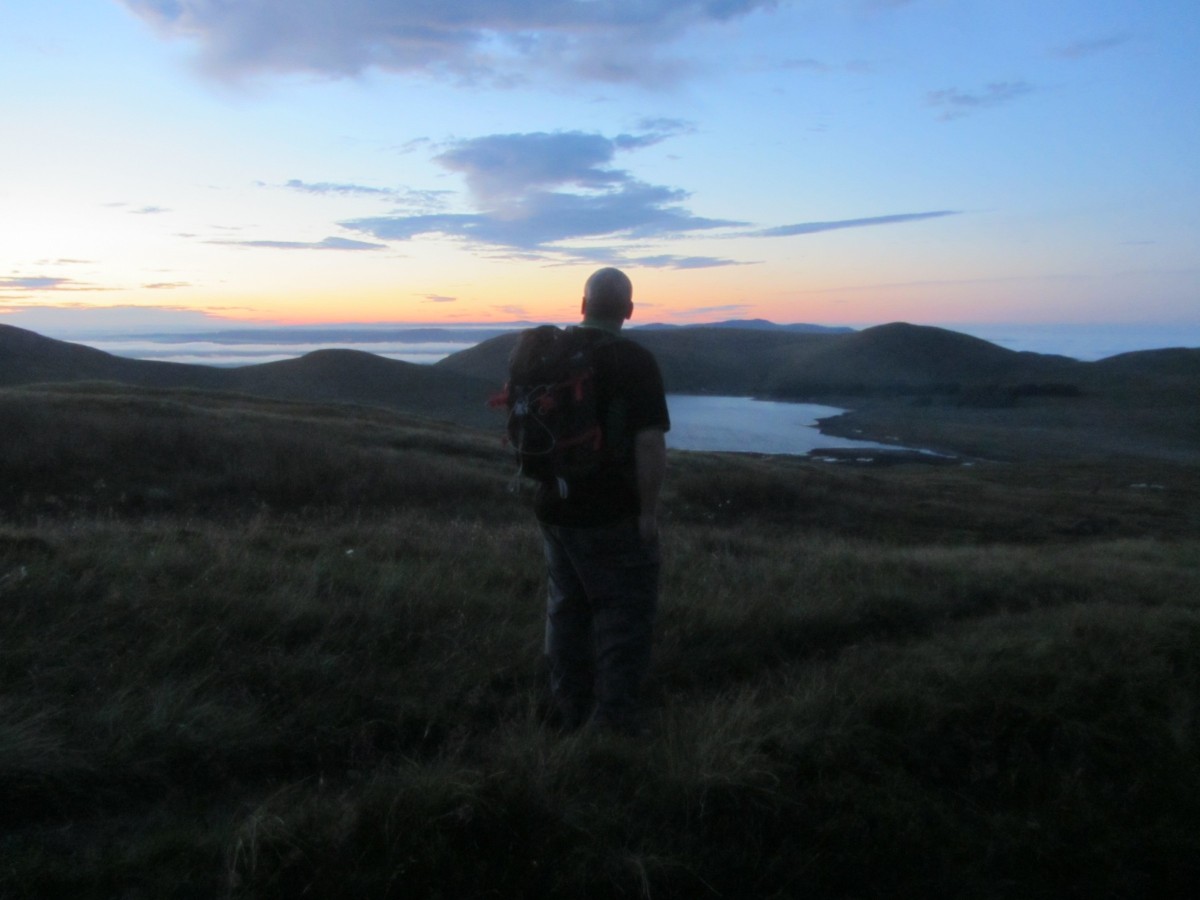 With a Minimum amount of light left we hastened on towards Pigeon’s two 534m summit peaks. It’s not everyday you’re rewarded with rainbows, inverted clouds and sunsets but yesterday was just one of those evenings when everything just works out. Resting against Batt’s wall we took the time to say nothing, just marvelling at nature’s curtain call. 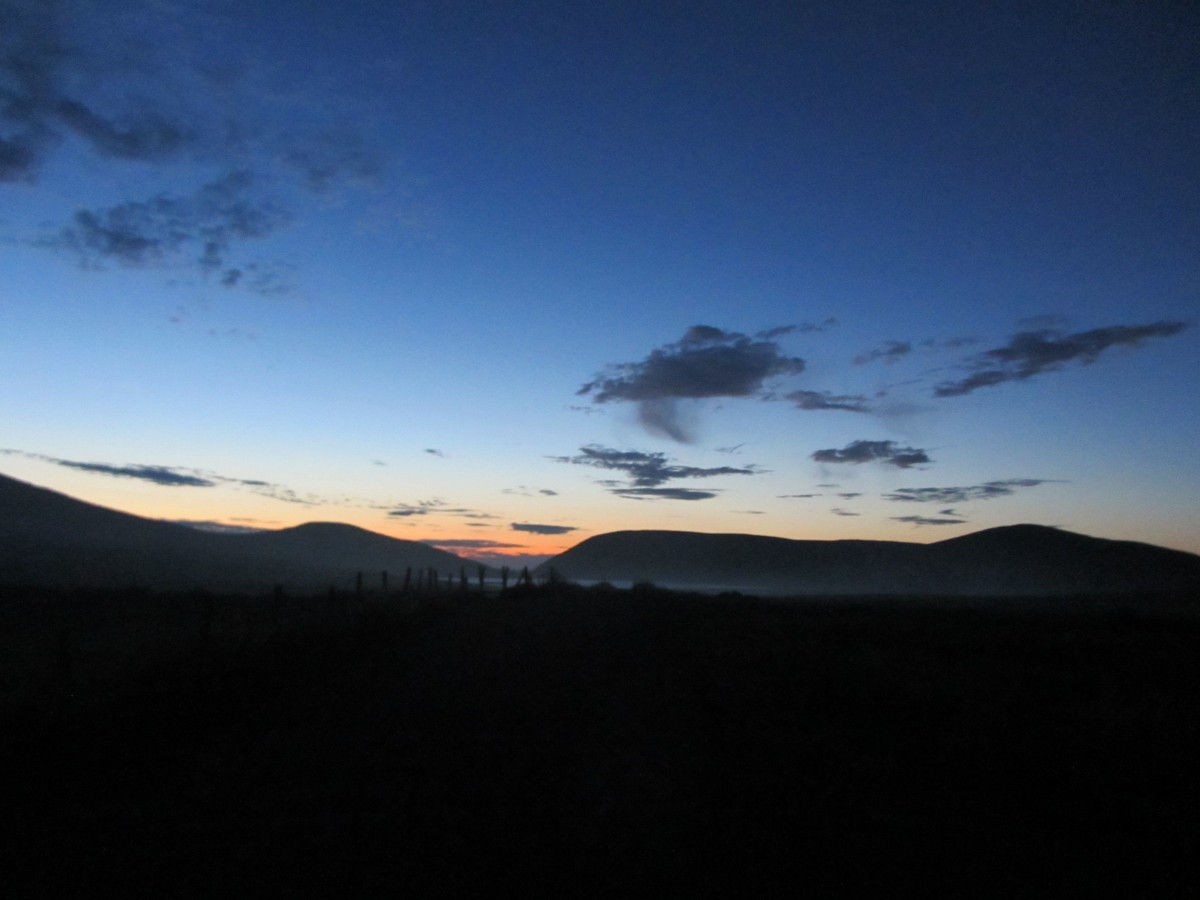 The last light over Spelga