Nights spent inside sitting on the sofa were starting to bore me. I hadn’t spent a night outdoors in over a month and my regular walks along the coast just didn’t quite fulfill my desire for remote open places. This was playing on my mind for a few days until I woke up one morning from my sometimes too comfortable bed and noticed warm rays of sunshine poring through my window. The glorious day outside had confirmed the thoughts of the past couple of days: I’m going camping!

It didn’t take me long to clear out the suitably named camping closet and arrange the items into my Lowe Alpine rucksack. I checked and double checked my increasingly heavy pack and confirmed I had packed everything I needed for an overnight in the hills – I still got the familiar feeling of “I think I’ve forgot something”, which I can never seem to rid no matter how much I pack. With my pack set and the deep blue skies outside willing me on, I boiled some pasta, covered it in sauce and threw it into a lunchbox. Dinner was made, my pack was full and now I just needed to get there.

Starting from the wooden stile on the Starbog road, my other half and I set off up the hill in the soft evening light with a warm breeze on our cheeks. The ground underneath was wet and marshy (it always is in the Antrim Hills) as we made the short climb to the top, hopping streams and squelching over pools of moss and muck. 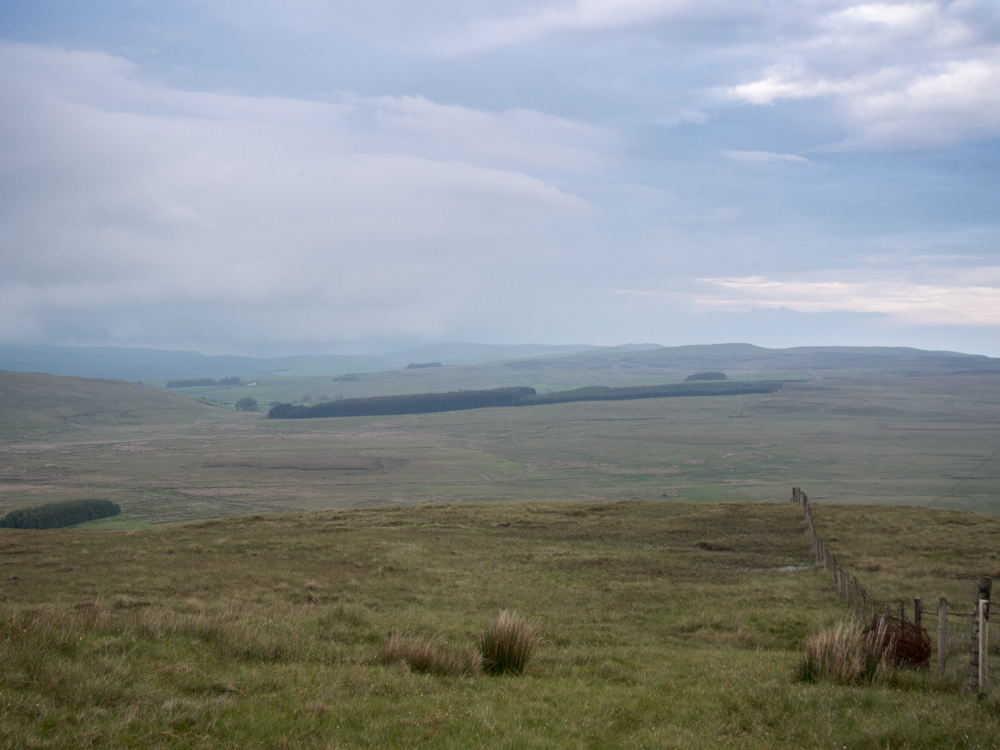 In the short time it took for us to reach the small summit cairn, the approaching grey cloud had already surrounded us in a somewhat disappointing greeting to the top. The visibility wasn’t great and the only views were hazy outlines of distant hills and forests. With no view to appreciate it wasn’t long until we found a patch of earth that we felt was somewhat suitable for a tent. With the sheer amount of heather blanketing the Antrim Hills, it is quite possible to get away without using a sleeping mat and letting Mother Nature provide you with bedding. If you do however decide that a sleeping mat is needed, pairing it with the springy heather can provide a luxurious nights sleep as far as camping goes.

After setting up the tent and laying sleeping bags out to loft I was soon surprised by the golden light that had started to spill out across the hills in the distance. A break in the clouds in the distance soon turned a grey overcast evening into an amazing sunset. The rays of setting sunlight poured through an opening in the distance which lit up the horizon in a warm glow of golden orange. 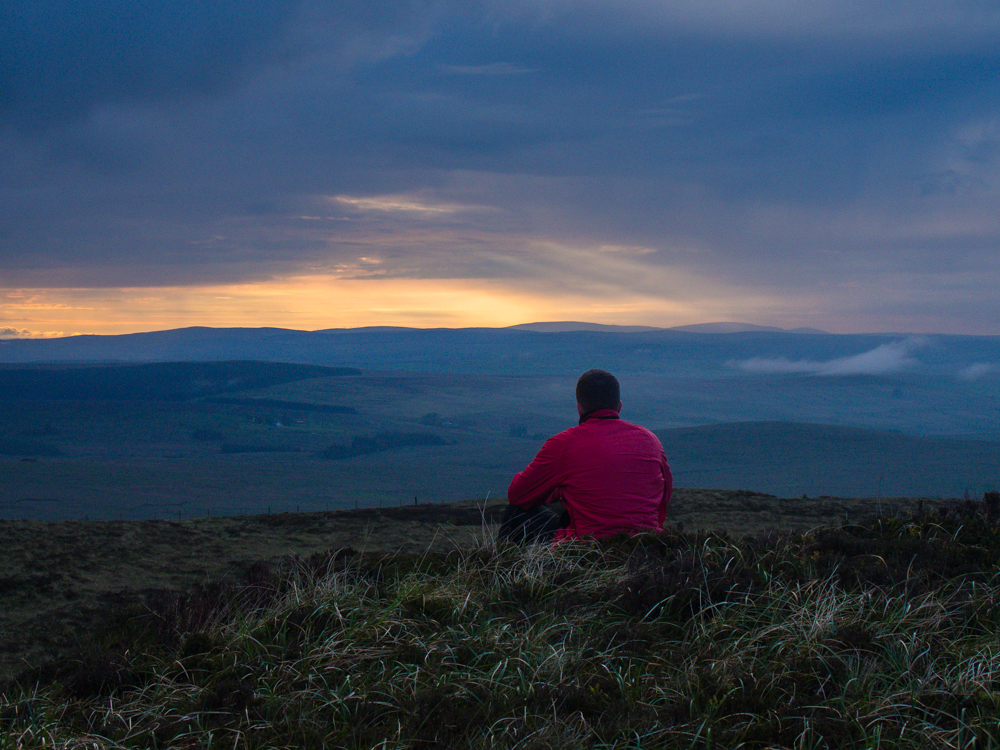 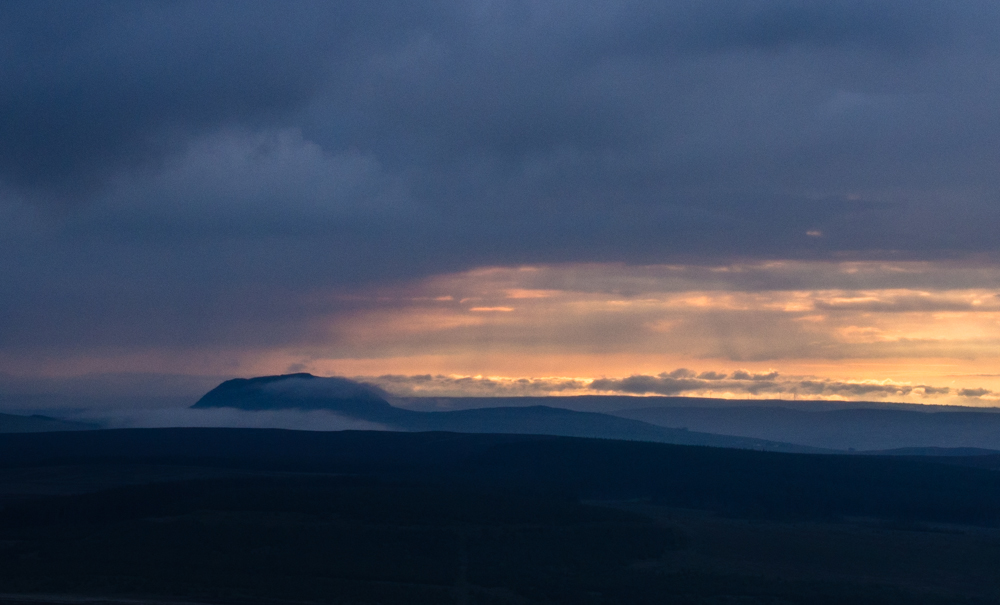 Amazed by the view in front of me I took photographs of Slemish Mountain in the distance and stood in appreciation of the atmosphere. This golden sunset lingered around for perhaps 30 minutes, where in that time I tried to capture its light with my camera. Not long after the light had spilled through the cloud it again disappeared and the sun that we witnessed a moment ago was gone. With no sunset to gaze at it did not take long until I noticed the appearance of a dark cloud moving in on the summit. I stood watching the dark figure slowly swallow the visibility in front of me until it eventually swallowed me too as I was left standing in a sea of cloud.

With the cloud now covering everything in sight, and visibility down to perhaps 10 meters, I decided it was time to retire to the tent for the evening and eat my cold dinner. After feeding on my lunchbox of pasta I was quick to cover myself in my sleeping bag and lay in the porch of the tent looking out to the wall of mist. The noise of nothing was both relaxing and eerie at the same time and had I not known that I was only 10 minutes away from the nearest country road, I could have been fooled into thinking I was in the middle of no where, surrounded only by marshy heather and grey cloud.

After a somewhat bumpy but none the less very comfortable nights sleep, I awoke in the morning to the bright sunshine illuminating the inside of the tent. I peeped my head out into the porch and opened the door to an amazing sight. The sky outside was a strong blue with the only clouds being below the hill we had slept on – in other words a cloud inversion. This was the first time I had ever woken to such a sight, so I jumped up and put my boots on and quickly grabbed my camera to see if I could get some good photographs. 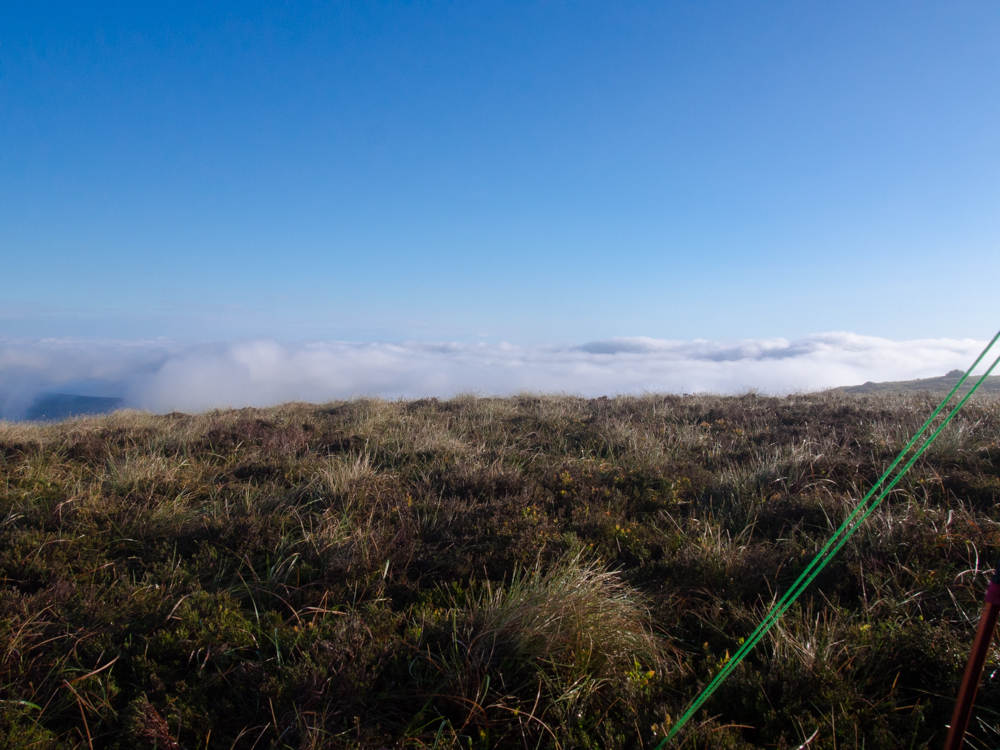 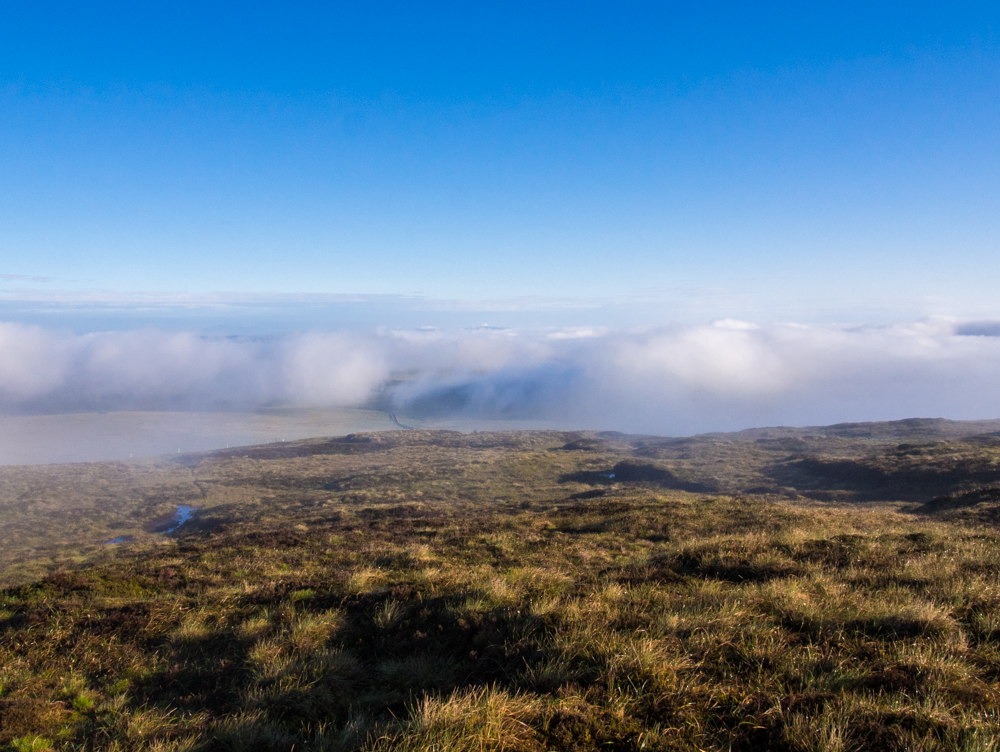 The sunny morning was quite a surprise to me after falling asleep in a blanket of cloud, but thus is the way with the weather in Ireland – it’s not uncommon to witness 4 seasons in a day. Sadly for me I had things to do that day, so the tent was packed up and we were on our way down the mountain before the clock struck 9am.

Overall it was a brilliant camp, made special by both the dry weather and the remote location. I definitely want to camp in this area again. 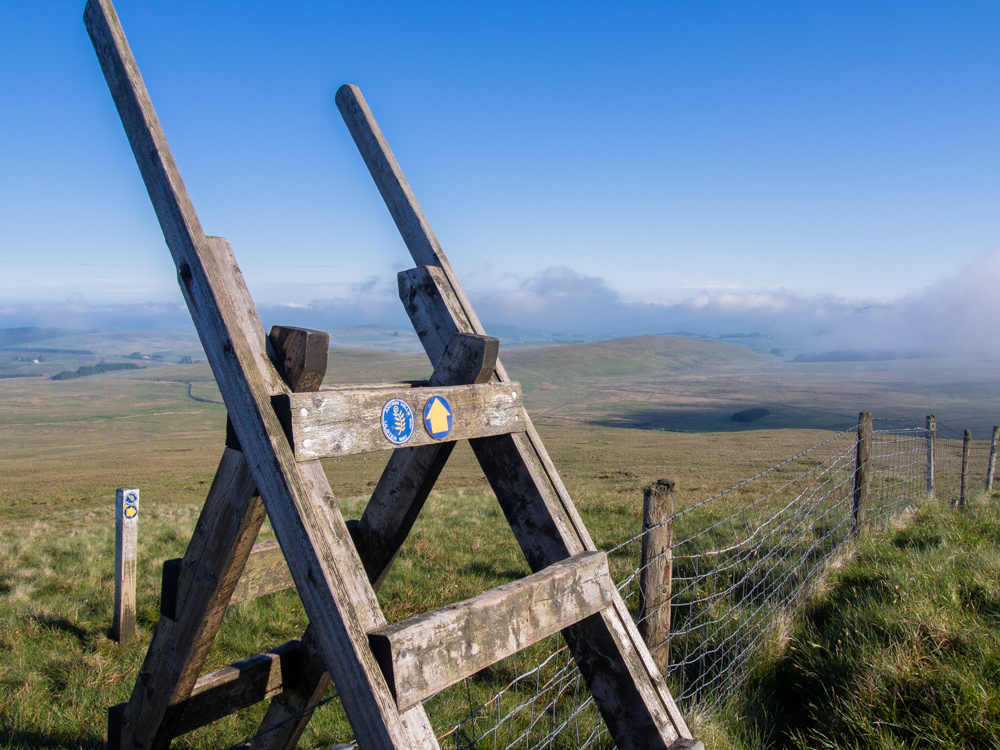