Somewhere along the 18th mile of Rome Marathon the sensation of defeat hit me like a left hook to the jaw. What’s more this shot hit me in the Soul: down where it counts. Where it’s tricky to get at and fight back.

Despite battling on and completing the Marathon, the source of the defeat lay within the knowledge I hadn’t given it all in my preparations. I hadn’t sufficiently focused my attentions to any one thing but let a host of interests compete for the scraps of time I could provide.

I swore on those marvellous streets of Rome that I’d focus on doing more with less next season…. That I’d focus on putting a bit of magic into more focused efforts. At the end of the year it’s time to see what needs dumped from the Rucksack of Life. 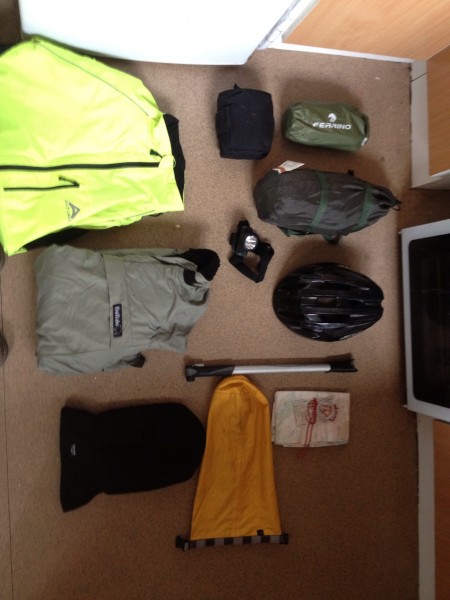 We all have things we like to do and for some lucky individuals they are drawn to and excel at one specific activity to which they are extremely faithful. For some a lot of competing interests conspire with a distinct lack of time to ensure that no single activity is given the time and energy it requires to produce a marked improvement.

This distinctly modern predicament has played on me for some time and in the end help came from a most unlikely source: the school of minimalist thought employed by every good lightweight backpacker.

The premise is simple: your life is your pack and you will go further, faster if you are carrying less weight. Less things. Less interests competing for your attention.

The tricky part now logically follows: the knack of knowing what to keep and what to discard. As every hiker knows this part requires experience and self-knowledge. When applying this to hobbies and pastimes the same principles apply.

With this in mind I turned my attention to the coming year and thoughts of last year littered with some well completed projects and others that lay uncompleted: the martial arts gear stagnant in the closet. That geocache I’d made and lies uncompleted under the sink. The stick fighting poles that have seen less action than an elderly nun.

All valid projects and interests in themselves but yet all holding values that can be prioritised. With this in mind I looked at my own interests and began to make some hard choices as to which I would focus on this year. I’d encourage readers to try this exercise in self-reflection too.

The following points may be of help:

Just because you take an item off the list doesn’t mean you can’t return to it later. This attitude is essential in making the necessary cuts.

Are there any activities that have common elements and are high on your list? Are there activities that are further down and stand alone? For example fitness based activities can also include some navigation. Expand the trip overnight and you also have some wild camping involved. Work smarter not harder. Try and group complimentary interests.

3) Consider the amount of time taken by each activity and the value that this means for you.

Ultimately this is key in making the hard choices of what to keep and what to discard (temporarily).

Having applied this process of thinking in my own pursuits this year the following events are a must for me personally:

These were chosen above the other interests that I hold such as boxing and martial arts which,while highly prised, are relatively time intensive activities and sole skill sets which do not easily compliment any of the others in my chosen set.

In the coming year I wish all the readers of HikersBlog much success with all their endeavours. With a little focus you may find a new intensity and magic with being more selective in your goals and pursuits. I wish you all the best.