I felt as happy as a kid with a new bike as we strolled along the Pigeon Rock River, its water was the colour of Cola, as it bubbled and churned its way along the valley basin.

As much as I enjoy the beauty and grandeur of the inner Mournes, recently I’ve come to the conclusion that I’ve trekked the same ground too many times. I lay my outdoors pursuits map out on the kitchen table and set about looking over the mountains and valleys for unfamiliar territory. As well as exploring new ground, I wanted to incorporate some navigation practice into the trek. 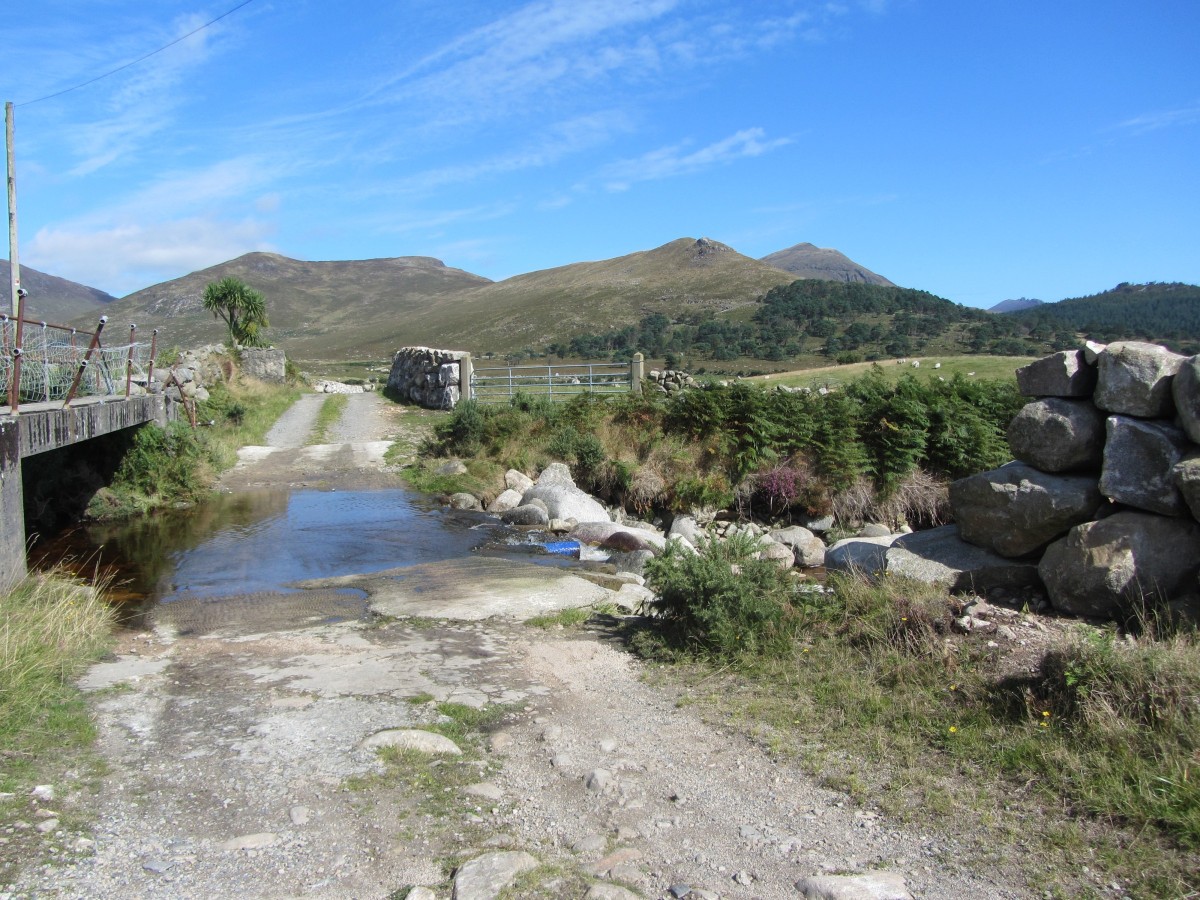 Having spent some time studying the map, I decided to trek along the Pigeon rock/Windy Gap River to Windy gap in the Western Mournes. I’ve trekked across the Western Mournes many times, yet I had never walked along the valley from Attical leading to the col at Windy Gap. Considering it was the last day of August, I could not asked for better weather! It was sunny and warm, although the forecast for the afternoon gave the chance of slight rain showers and overcast skies. 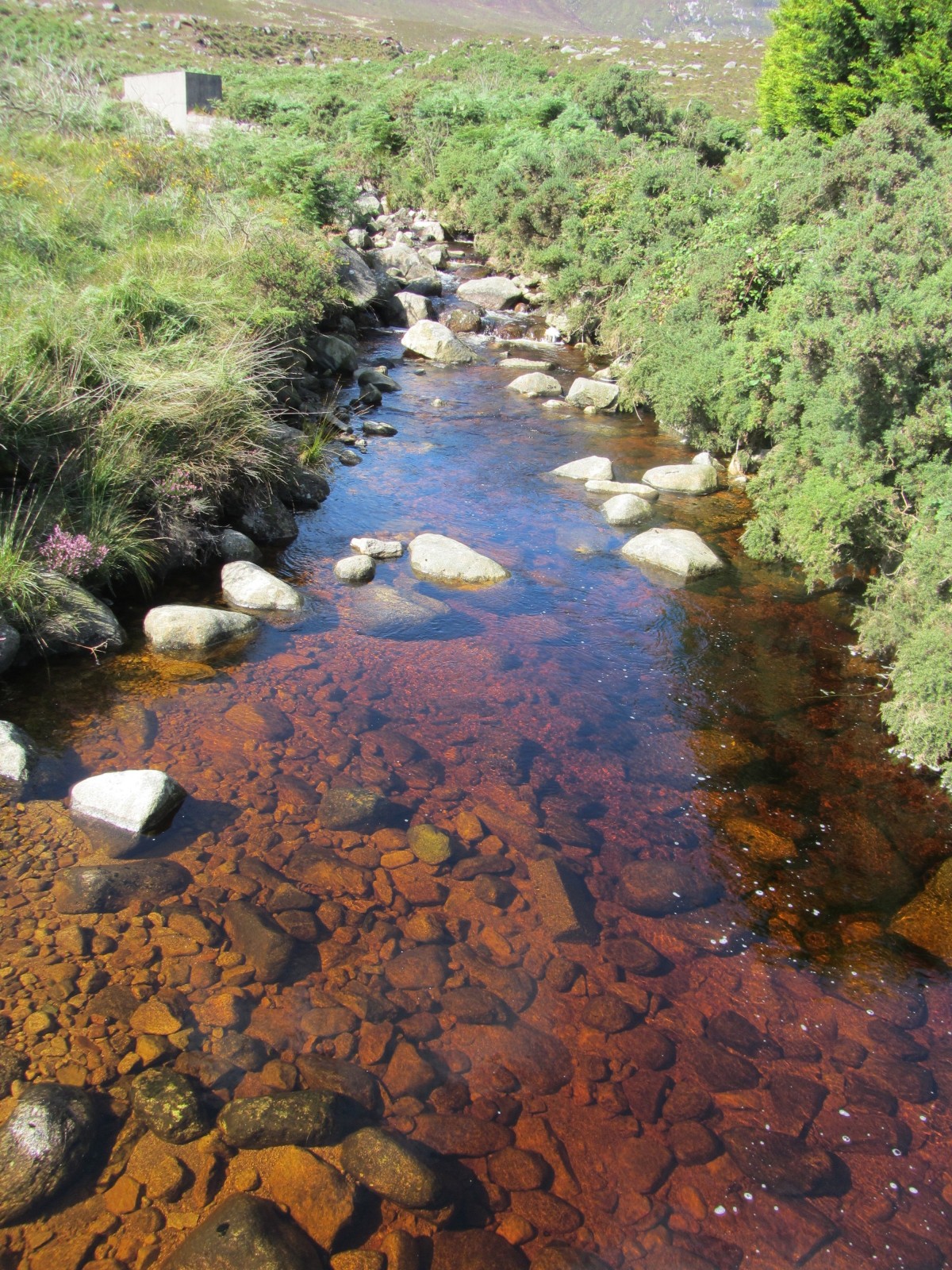 I was joined today by a friend from work, and we set off from Downpatrick at around 11am, making our walk towards the high country. Attical itself is just a small cluster of houses and a church located just off the main road. Checking on the OS map, we made our way along the Sally brae minor road that passes Attical GAA ground. Located at the end of the road is a farm building, where we parked the car and followed a country track to the first ford of the day which had a small footbridge over it.

I felt as happy as a kid with a new bike as we strolled along the Pigeon Rock River, its water was the colour of Cola, as it bubbled and churned its way along the valley basin. Stopping for the first coffee of the day, I explained to Maurice about how scale is worked out on a map and how to orientate the map.
The surrounding mountains had flashes of bright purple heather bursting across their flanks, something that the inner Mournes have somewhat lacked in recent years.

Flora of the Mournes

The track up to the Col rises towards Windy gap under the shadow of Eagles high cliffs. Dragonflies patrolled the narrowing river as we neared Windy gap. Just before reaching the col, we encountered the corpse of a fox lying on the track, its belly half baked in the afternoon sunlight. The foul scent of its putrefying remains polluted the fresh mountain air as we passed on. Enjoying our second brew of the day, I showed Maurice the Silva compass and the basic functions of it like the roamer scale, taking a bearing, and the difference between true North and magnetic North. As we reached Windy Gap, the skies started to cloud over, but still had a glimpse of sunlight behind. 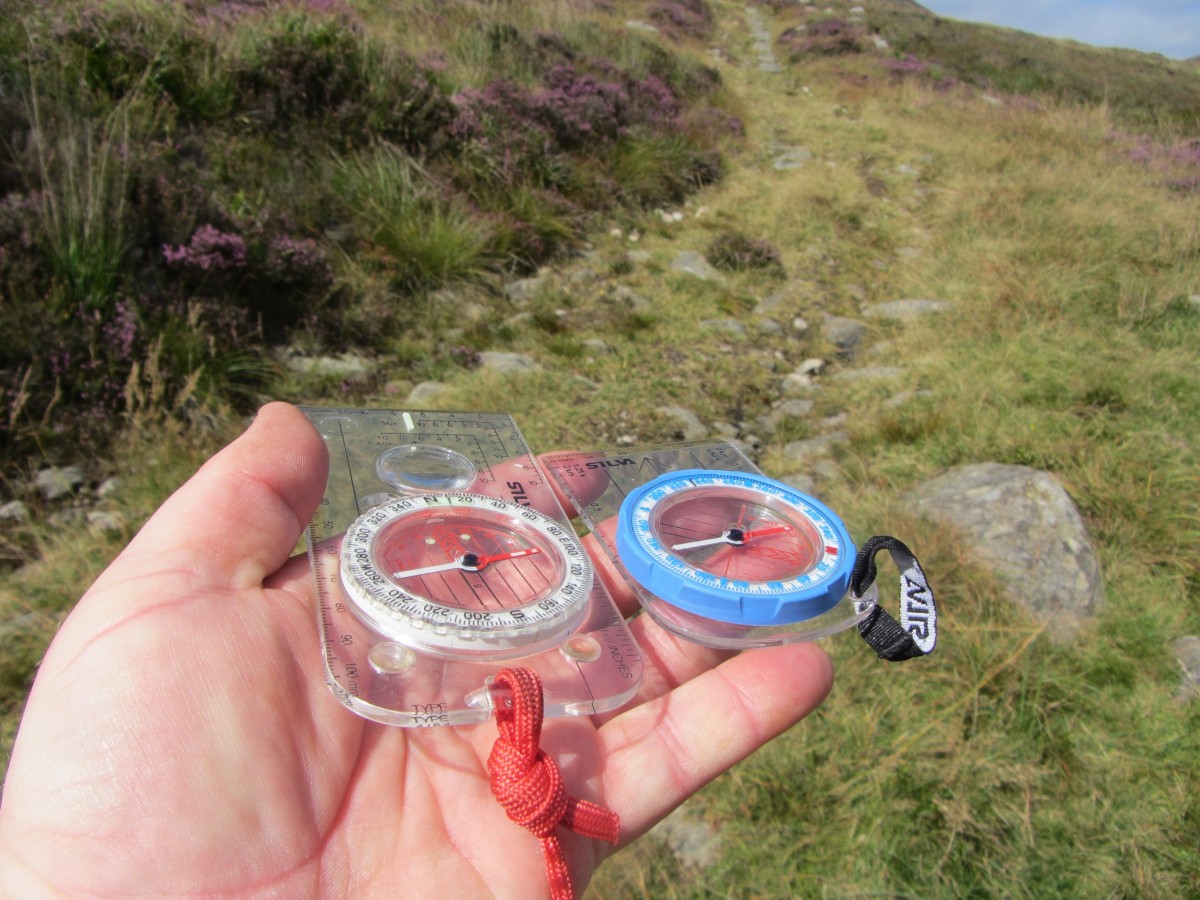 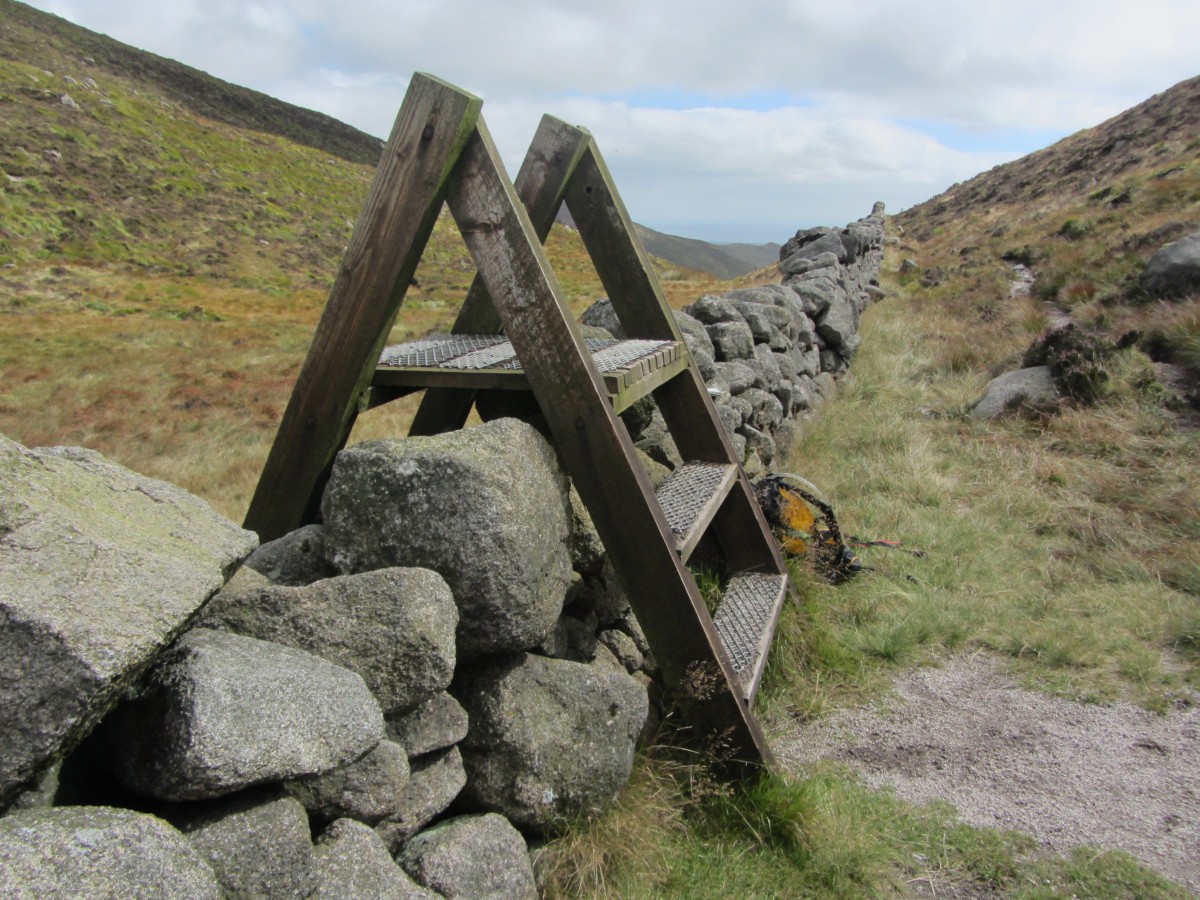 Windy Gap itself is actually quite boggy, with Batts wall crossing over it towards Eagles summit.
We encountered some hill walkers who stopped to chat with us about the recent discovery of the concrete stars found on some of the summits. After our chat we parted company and they carried on towards Eagle summit. 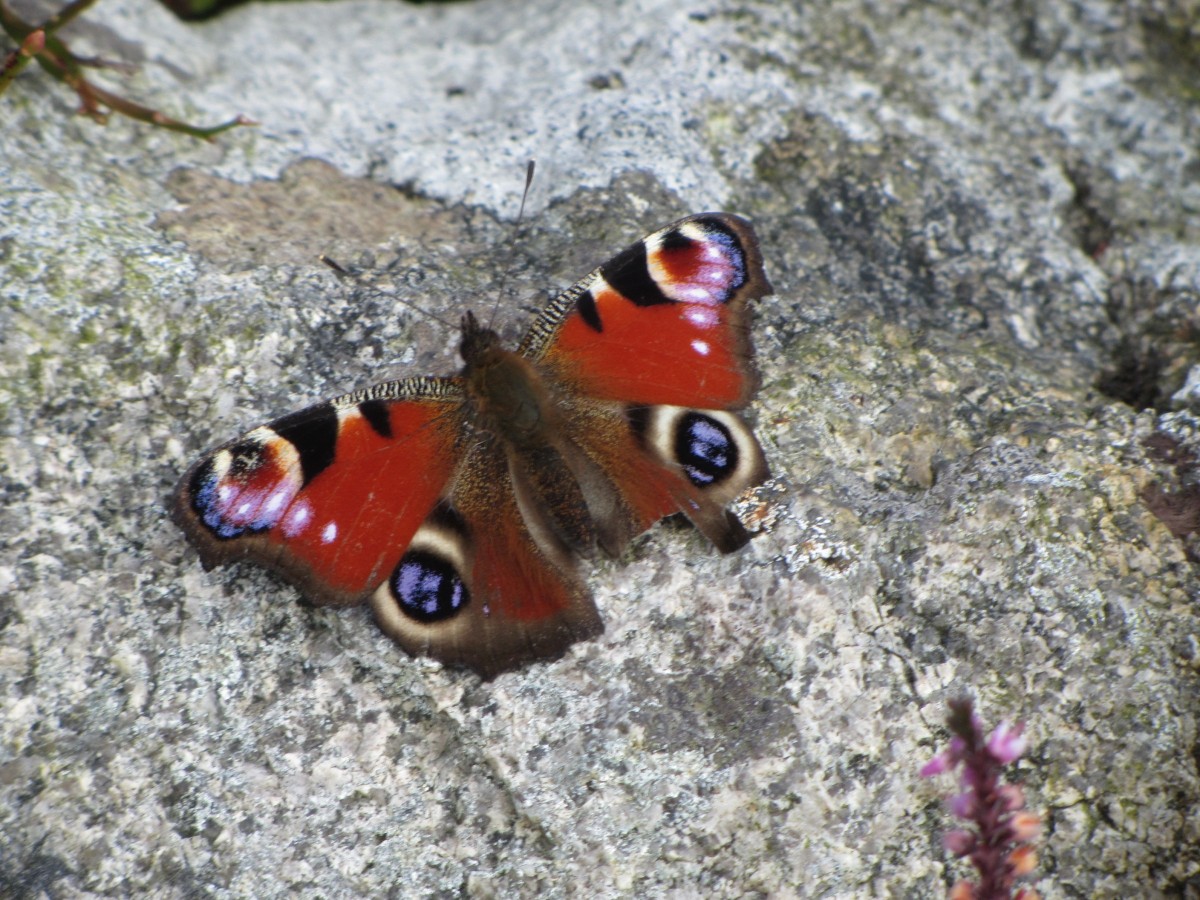 The recent HBO hit Game of Thrones” had filmed in this valley and it was no surprise, as it is truly a hidden Mourne gem with it little micro climates and glens, bubbling brooks, abundant heather and wildlife. It was really a hike to remember, and one that I intend on repeating soon. Personally for me, it was more about getting out and discovering new terrain, whether that be a hidden valley or a lonely peak. 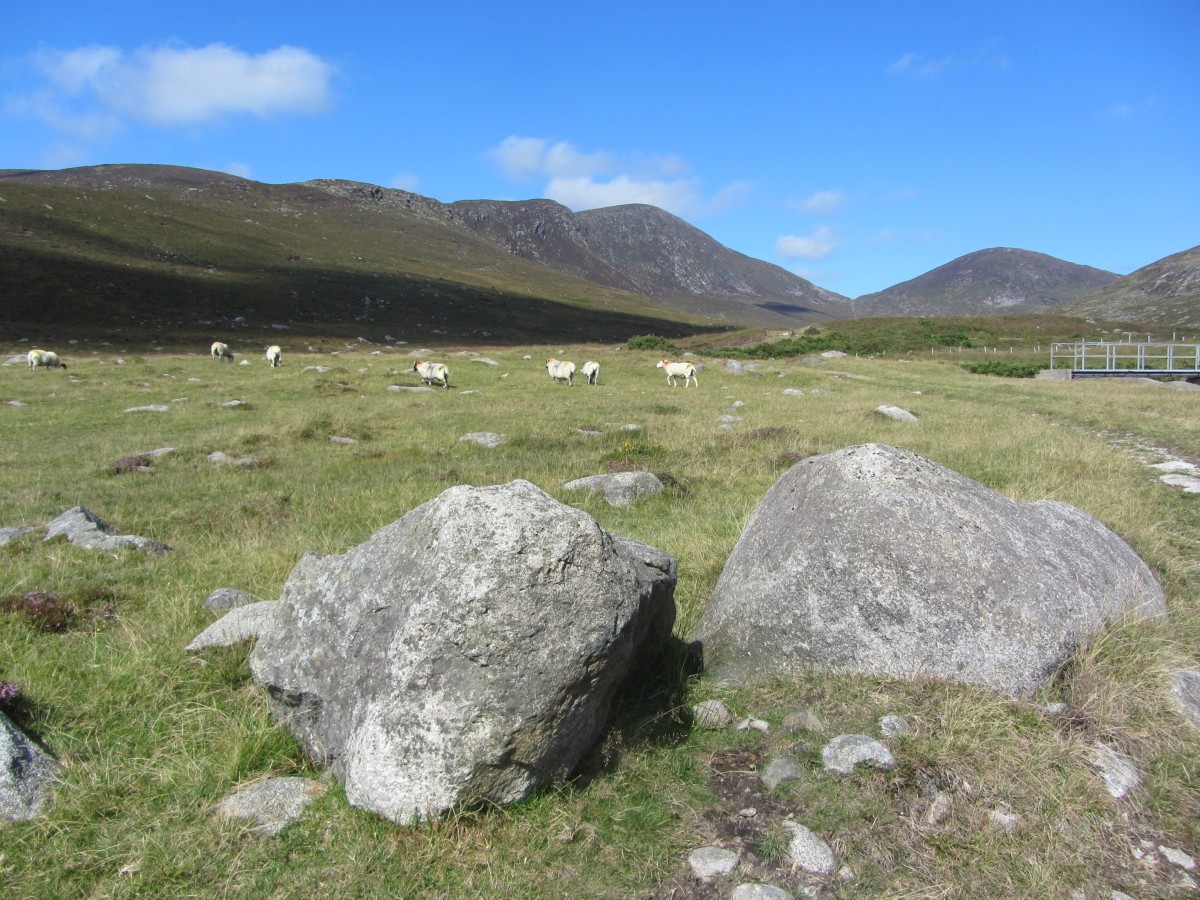