In Plane View – The Newcastle Airshow

“Perched high on Shan Slieve I heard the deep rumbling of the Lancaster bomber as it glided effortlessly across Dundrum bay. It sounded every bit like the world war two films I had seen as a kid.”

Recently I’ve been getting out camping and hiking quite a bit and today marked the first day of a holiday from work. What better way to spend it than watching the Festival of Flight from high in the Mournes!

With another early morning start, we made our way towards the Mournes with our planned route beginning at the Cecil Newman (Trassey car park). I was joined by Spud and his wife Catrióna. As we made our way along the start of the Trassey track, we could see that a lot of the forest had been felled as a result of tree disease, but thankfully the weather was been kind to us with a bright blue sky and a refreshing wind to cool us as we walked. 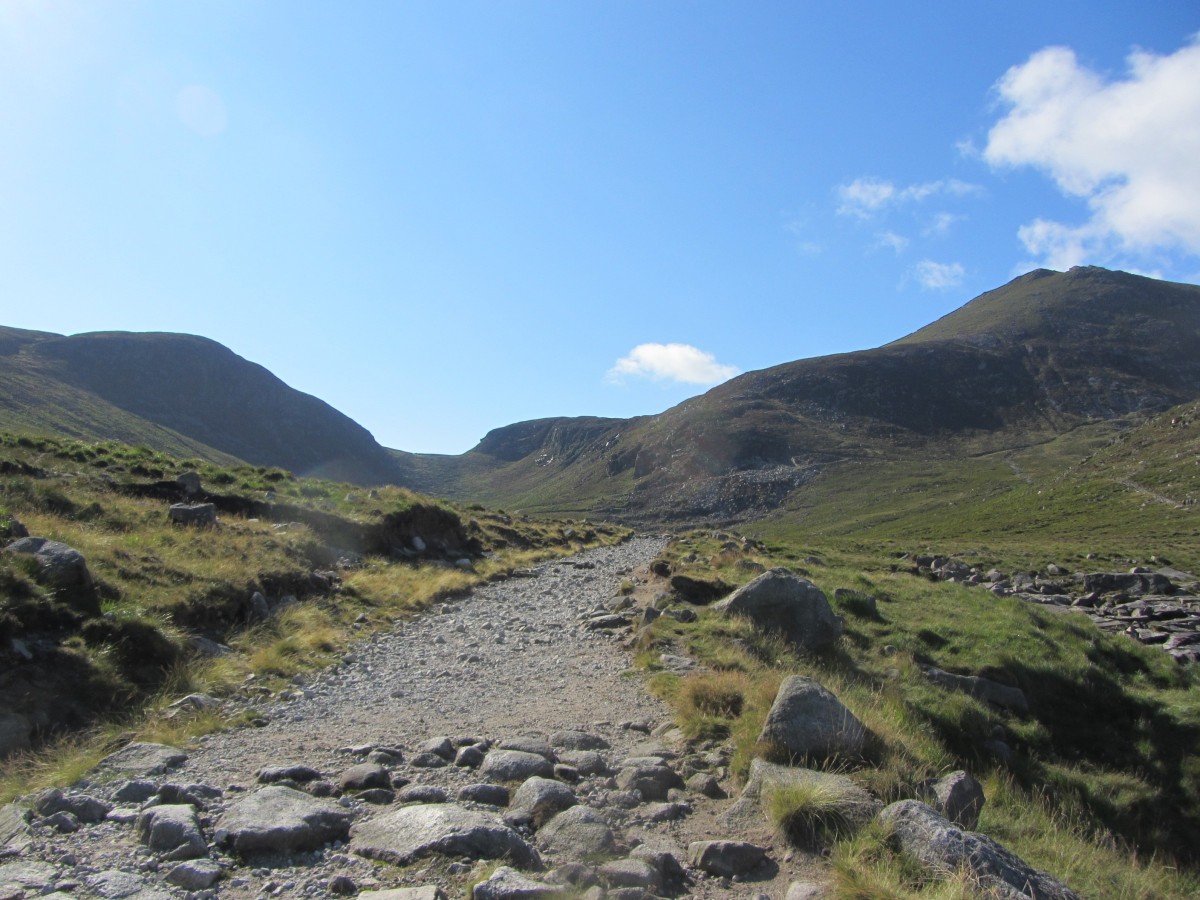 There were a wide range of people walking up the Trassey today, from large family groups to fell runners; we all ascended the winding trail as it led towards higher ground. Rather than taking the obvious route up Hare’s gap, we decided to veer off along the old quarry trail on Slievenaglogh.

Having recently committed myself to a healthy lifestyle of more exercise and a controlled diet I wanted to test out my slightly improved shape. I pushed on ahead myself seeking to gain some distance between myself and my hiking companions. It was around 10am as the clouds left fleeting shadows across the valley basin, as we pushed on toward the stile and Slievenaglogh summit.

Crossing over the stile, I was somewhat pleased to be the first person over as I’m usually lingering behind puffing and panting. Taking a few minutes to soak in the stunning views back towards Hares gap and beyond to Ben Crom reservoir and Silent Valley. Again we pushed on keeping to the trail, which we followed to the small cairn which marks Slievenaglogh summit.

Leaving the summit a passing runner called out to me “Hello John” – it was one of my daily customers, who spends their time off like me, in the mountains! Following the Mourne Wall we now neared Slieve Corragh, which is often overlooked because it has no real summit as such and is usually passed over without a thought. It’s along this very peak you’ll see some of the best sections of the Mourne wall. 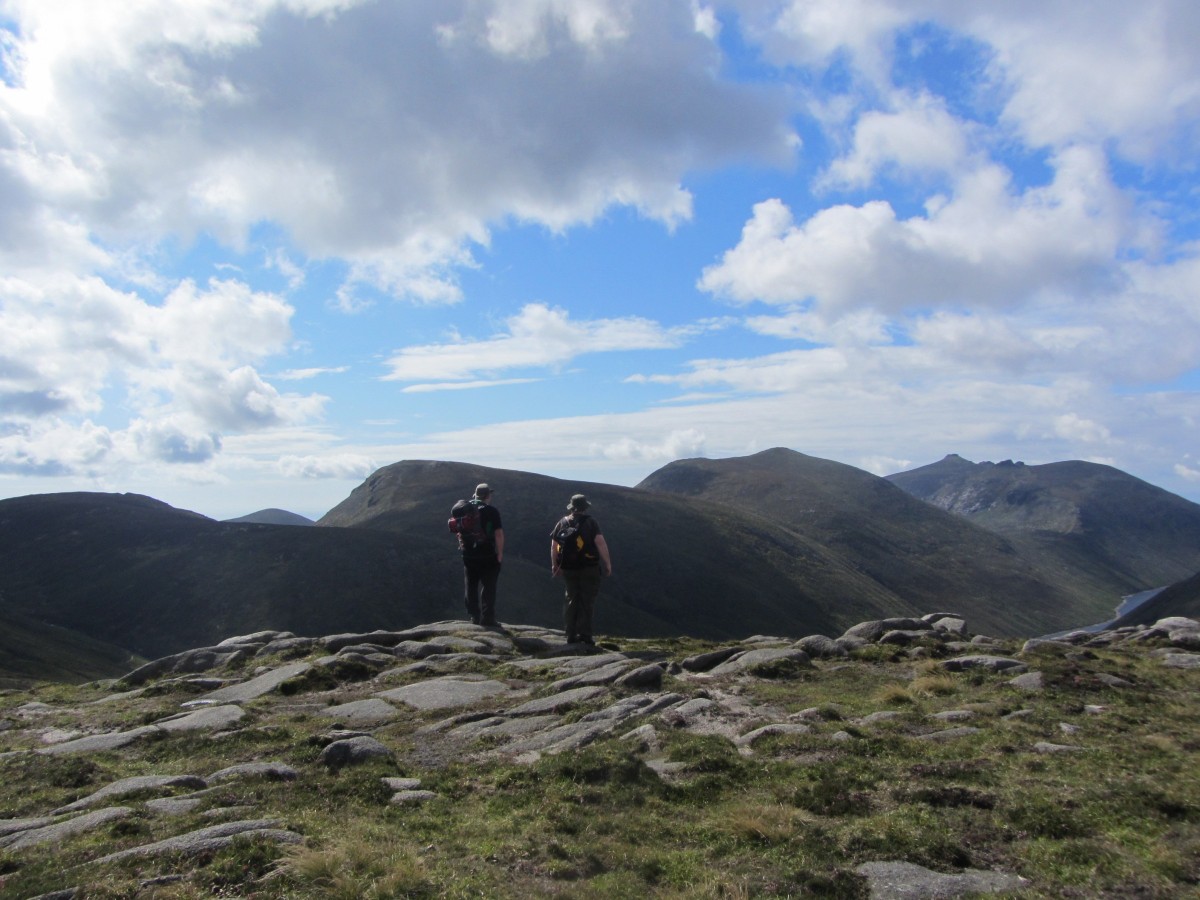 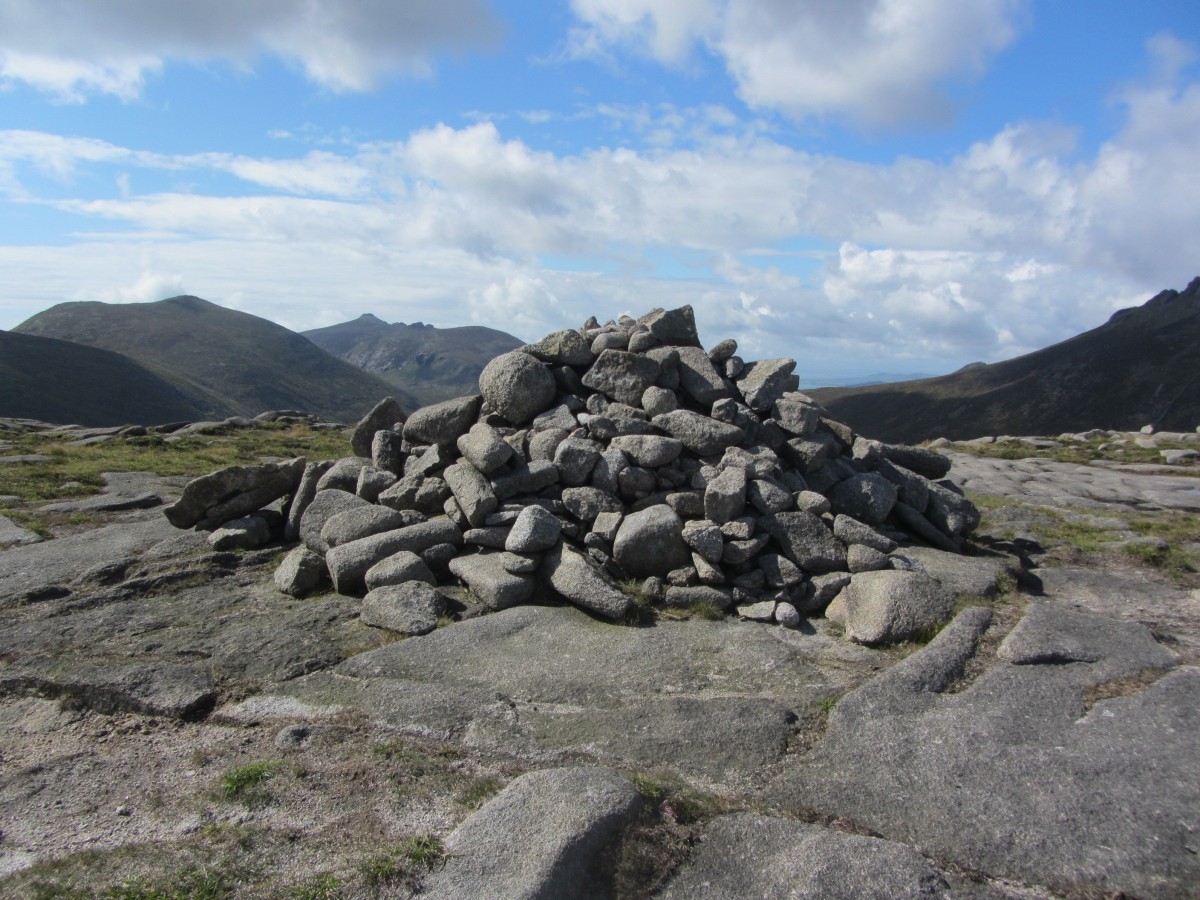 With Slieve Commedagh looming in front of us we pushed on at a slow and steady pace stopping at the water pipe to refresh our bladder packs with spring fed mountain water. Soon after we reached Commedagh’s summit were we stopped for lunch: tea ,sandwiches and a caramel square for good measure! We were not the only ones taking the opportunity to stop for lunch; a large group taking part in a charity walk also rested against the wall for lunch.

Leaving the comfort of the wall we walked the short distance to the summit cairn on Slieve Commedagh, where we hoped would offer us a view of the airshow far below. Perched now above the Pot of Pulgarve, we lay back and relaxed in anticipation of the forthcoming event. I even managed to drift off to sleep listening to Shine On You Crazy Diamond by Pink Floyd!

It was at this point the weather began to change slightly, with mist rolling in behind us. Others had joined us in our box seat and like us, wondered if any opportunity to watch the airshow was going to be cheated from us at the last minute by the mist! Slieve Donard’s summit was already covered in mist and we could see a steady trail of hikers making for lower ground trying to escape the grey cloak being cast over them. 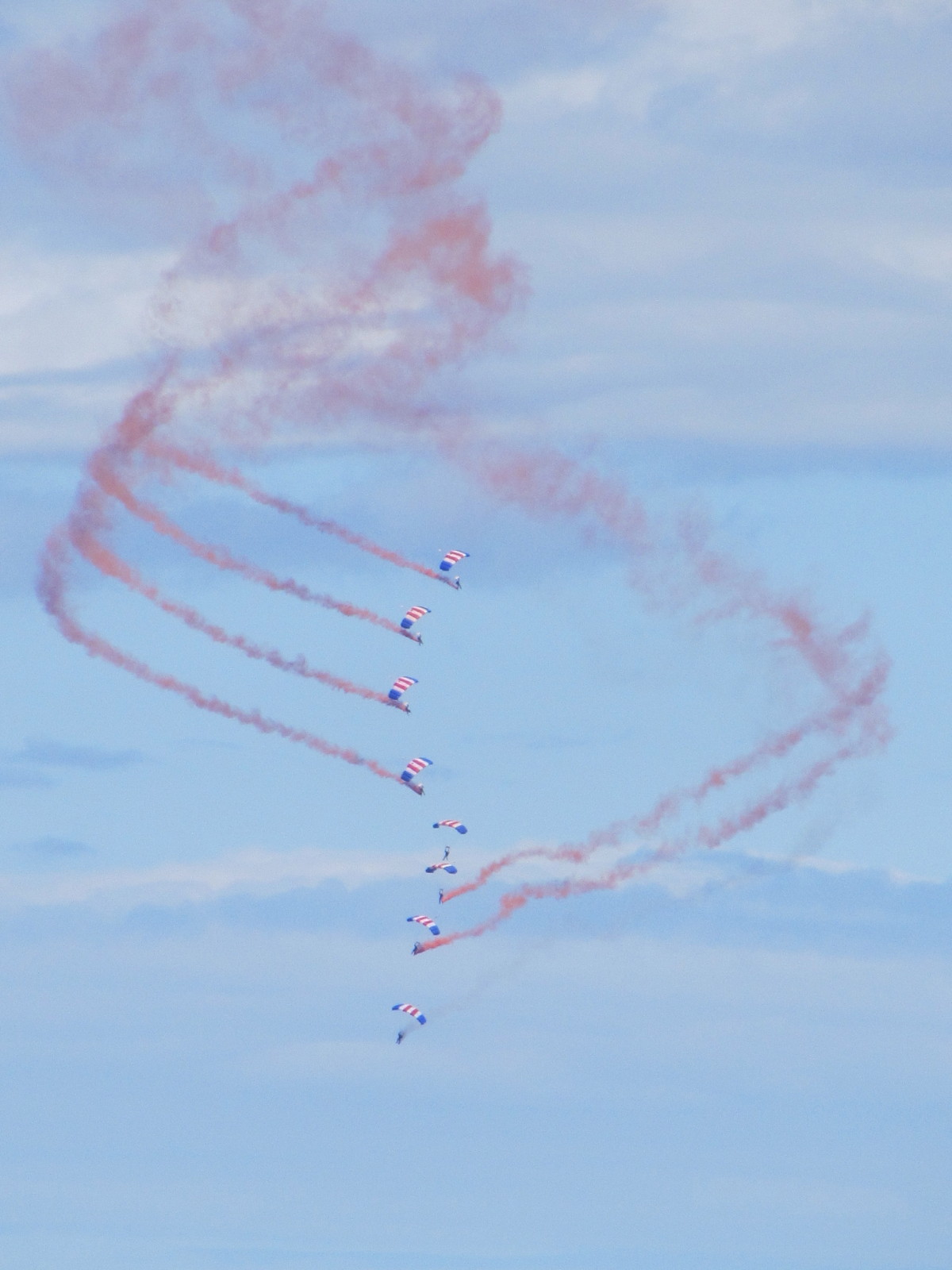 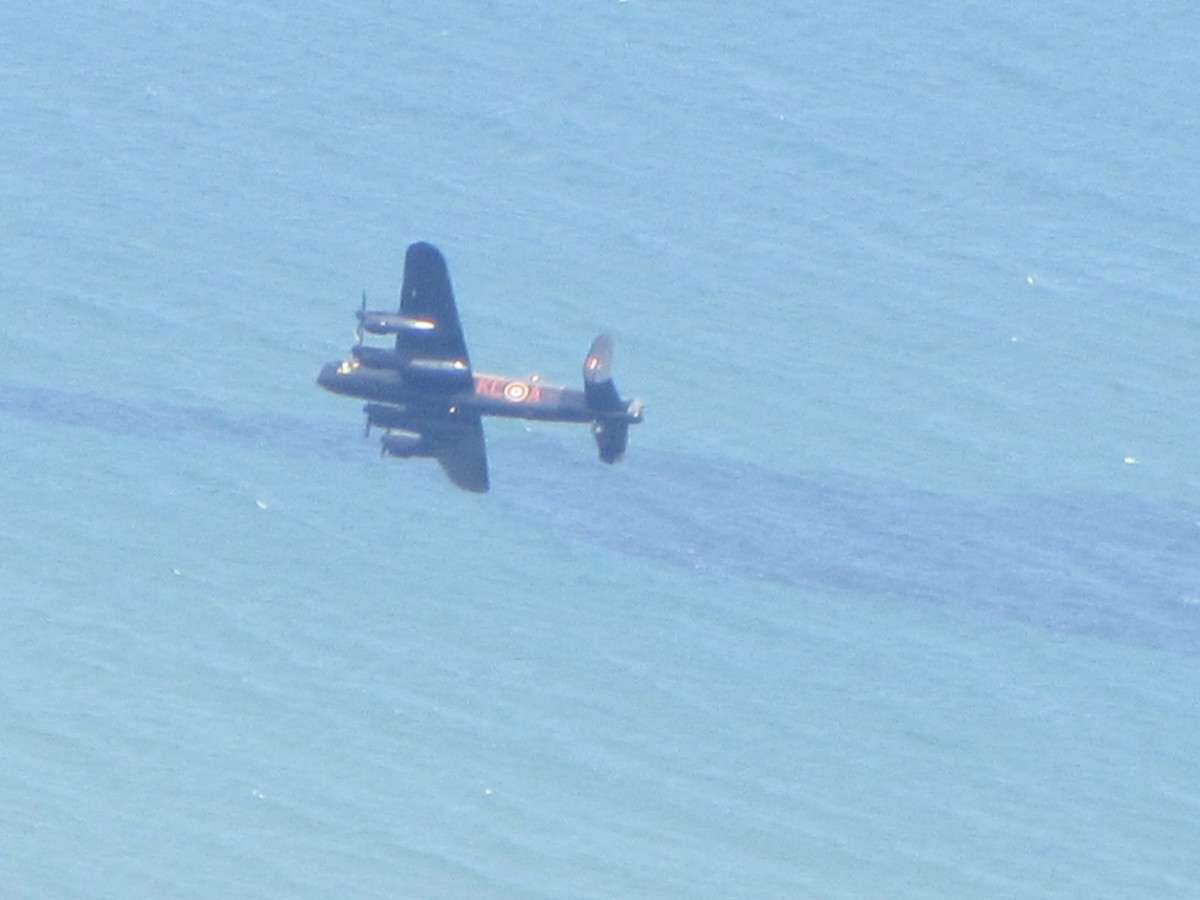 Lancaster over the bay

Having made the decision to seek lower ground, we set off along Commedagh’s ridge line before stopping on the lower summit of Shanslieve. After another short wait we finally spotted the first plane of the day as it flew over the waiting spectators gathered in their thousands along Newcastle promenade. Next was an aerial display of parachutes. I was most looking forward to seeing the Lancaster bomber and it did not fail to impress!

Perched high on Shan Slieve I heard the deep rumbling of the Lancaster bomber as it glided effortlessly across Dundrum Bay, it sounded every bit like the World War Two films I had seen as a kid. 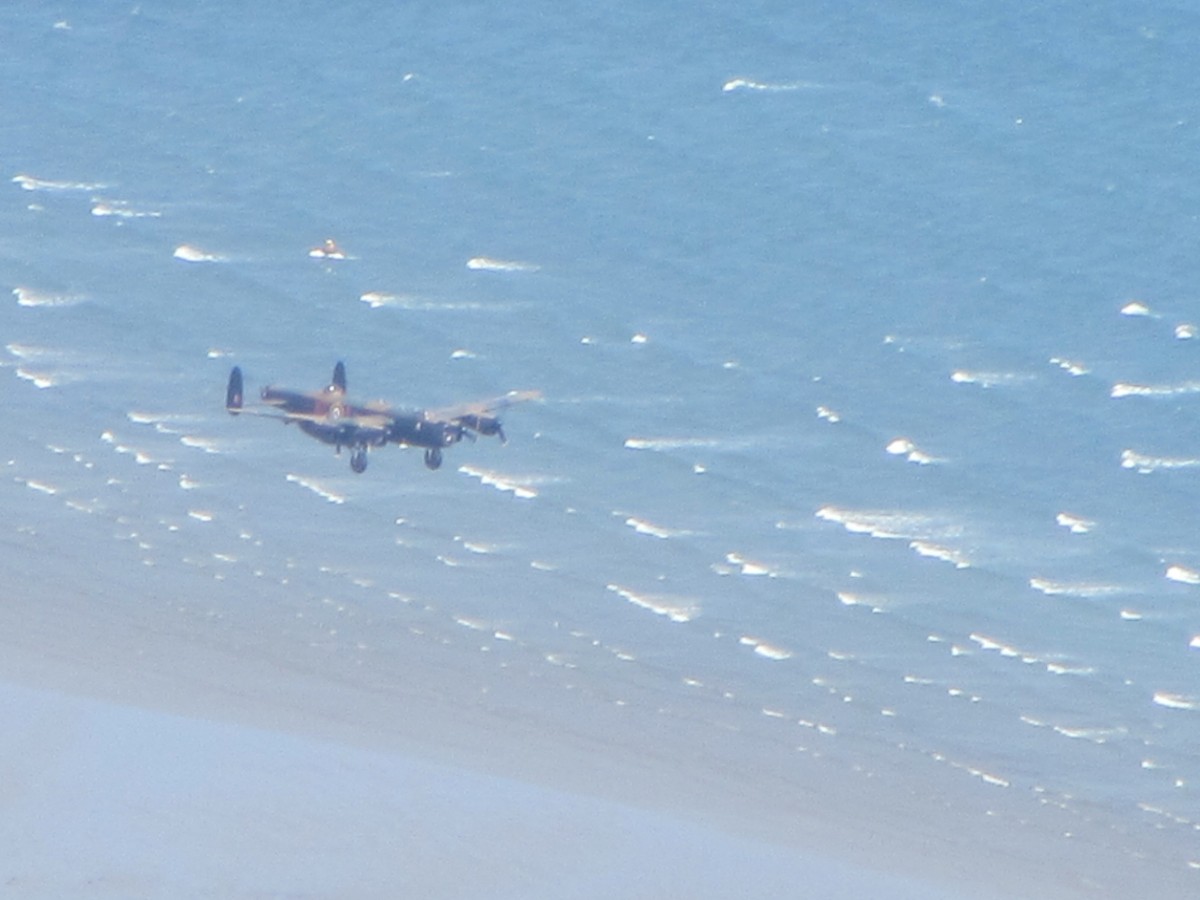 lancaster bomber along the beach 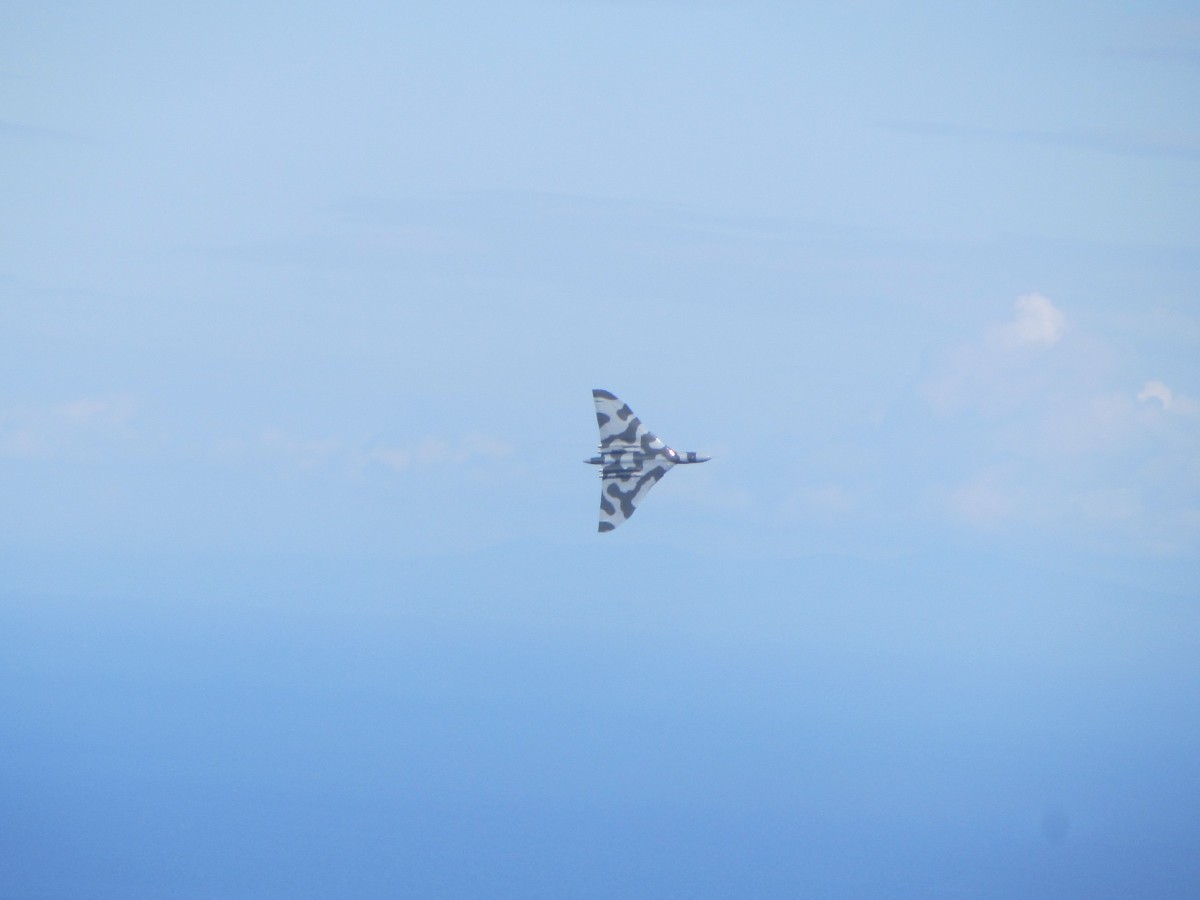 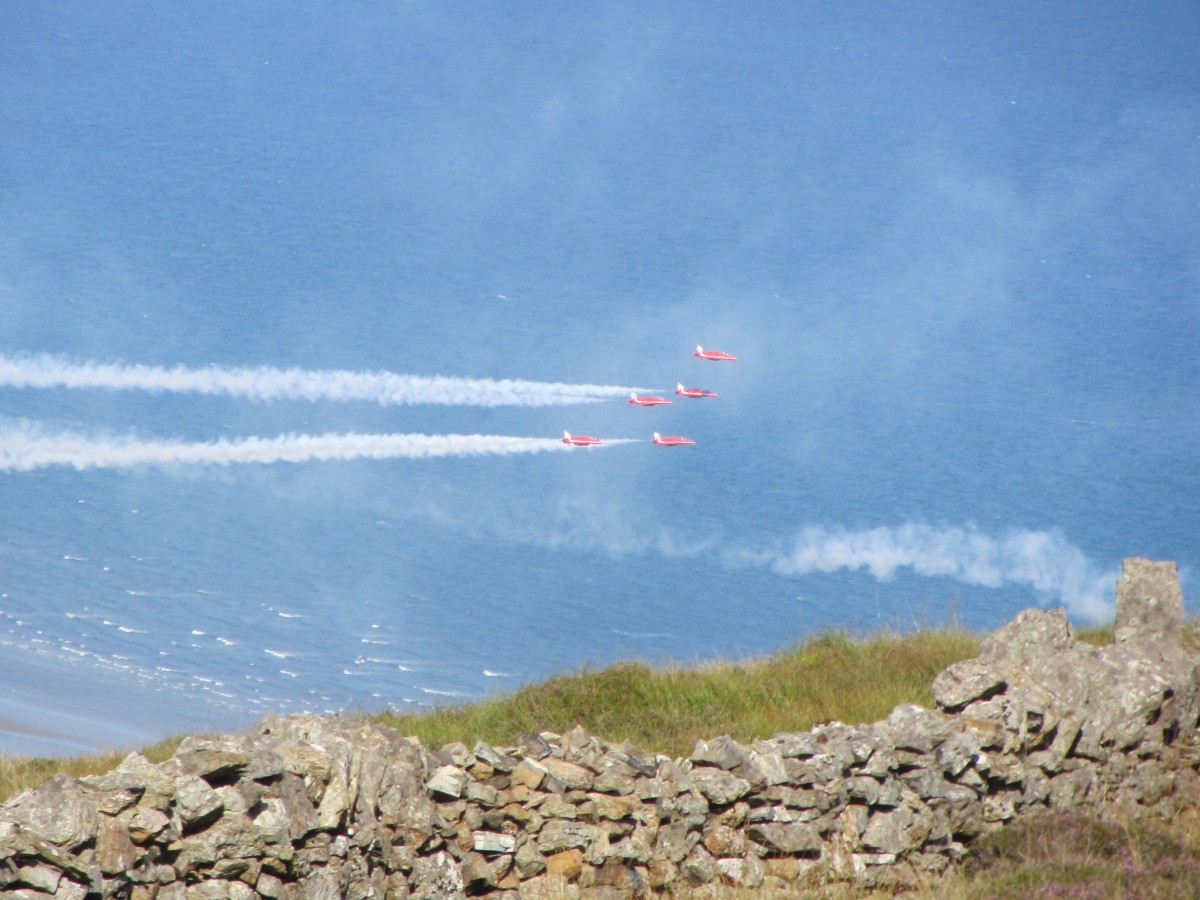 The planes were now coming thick and fast, with numerous types of jet engine whooshing and roaring over the bay. As the show began later than expected, we began to descend Shanslieve still keeping in view of any aerial display. Our route back to the starting point would be to descend towards Tollymore forest where we would follow a forest track back to the car. We began to slowly contour down towards the Spinkwee River and the woodland below. The weather was still holding with a cloudy blue sky above.

The last display of the day was very special indeed; the red arrows streaked across the sky, spiraling in a synchronised air dance, with coloured smoke forming all manner of trails and shapes in the patchy blue sky. 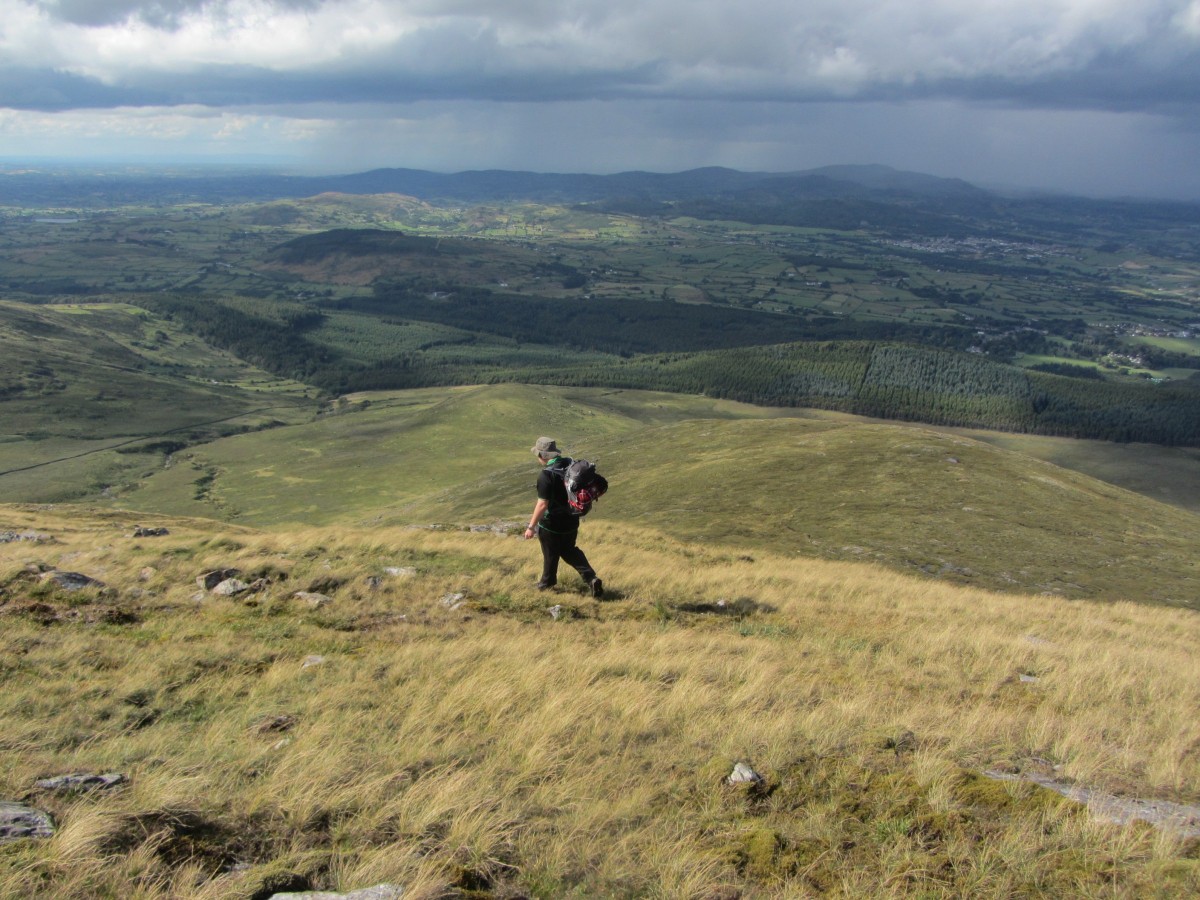 The descent towards Tollymore was surprisingly easy with just one tricky section nearing the woods. As we crossed the boundary of Tollymore the heavens opened, and with a crash of thunder we stopped to put on our waterproofs on. Following forest track, we ventured through the woods listening to the clatter of thunder above our heads. As we reached the car the thunder subsided and once again the sun began to shine.

Having set off some ten hours earlier we had indeed had a magical day in the mountains, enhanced somewhat by a fantastic aerial display above us.