Leaving the comfort zone of old familiar treks I’ve discovered that new adventures can be found if you’re willing to look for them!

Like most of my recent adventures, this one started in my head. I enjoyed my last hike up the valley towards Windy Gap so much, that I found myself looking over my Mourne maps to plan my next trip. As much as I love to go hiking, I’ve been trying to incorporate visiting ancient Irish historical sites that have ruins, dolmens or places of interest, plus any folklore or myths that surround them. I like to experience and marvel at how they moved such huge stones together to create these mighty monuments. In the days leading up to my trek I searched the Internet and browsed over my maps to find a suitable area. 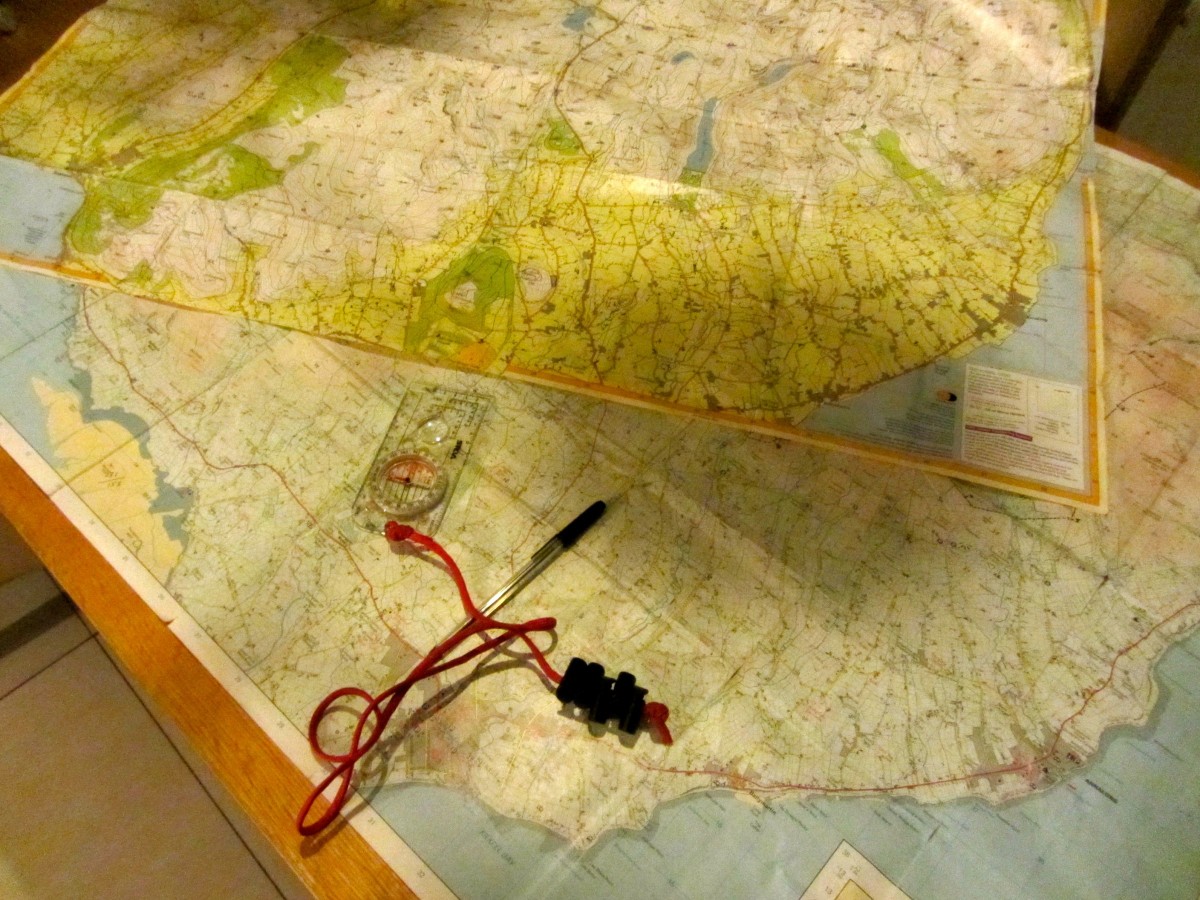 About two miles shy of Rostrevor lies Kilfeagan Dolmen, with a gigantic capstone weighing some 35 Tons, known locally as “The Big Fella”. It’s certainly the largest Dolmen portal grave I’ve ever seen. Although it’s not signposted, you can access the Dolmen by passing through a green gate and crossing a farmyard. It can be found under a shadow of a large oak tree surrounded by a green wire fence. Having researched Kilfeagan Dolmen as much as possible I was able to find some recent history regarding it.

For generations the land owner’s family for threw all the stones and rubble gathered from the nearby fields into this area.

When the Heritage service took responsibility for the site, they paid the landowner to remove the rubble. Apart from that, all I was able to find out is that the Dolmen is around 5000 year old Megalithic portal tomb. Who was buried here remains a mystery but it had to be somebody of immense importance. Even in today’s world, moving a 35 ton stone would take some serious machinery and planning! 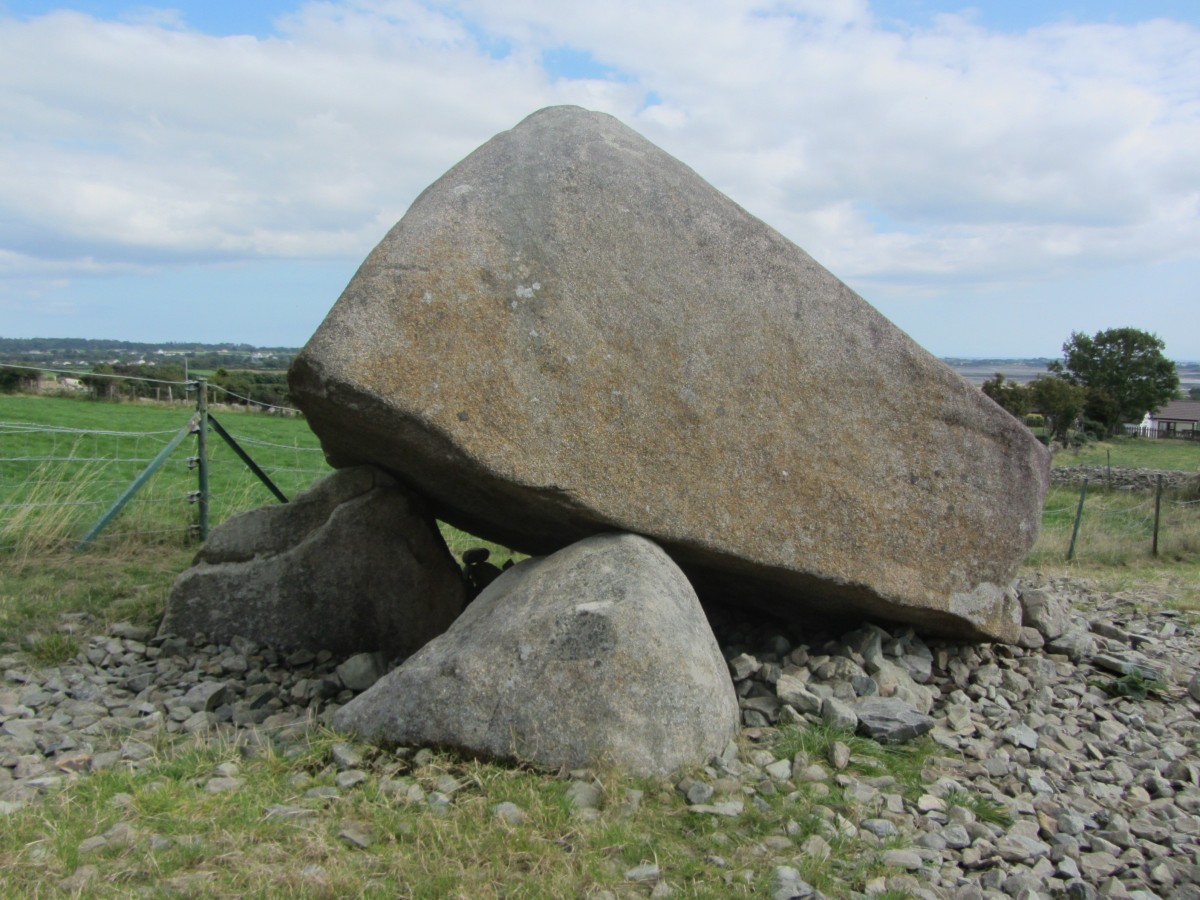 We drove to the end of the Kilfeagan road, which coils like a snake twisting and turning past farms and front doors. We parked our car in a small car park, which can accommodate about four cars. Previous visitors have left their mark as the sign is riddled with holes from shotgun pellets! It was 9:30am and once again it was another fine, dry, warm September morning. I spread the map over the bonnet of the car and we discussed which track we should follow. Within feet of the car park we crossed over a ford and strolled along a country lane shadowed by huge granite boulder walls on each side. 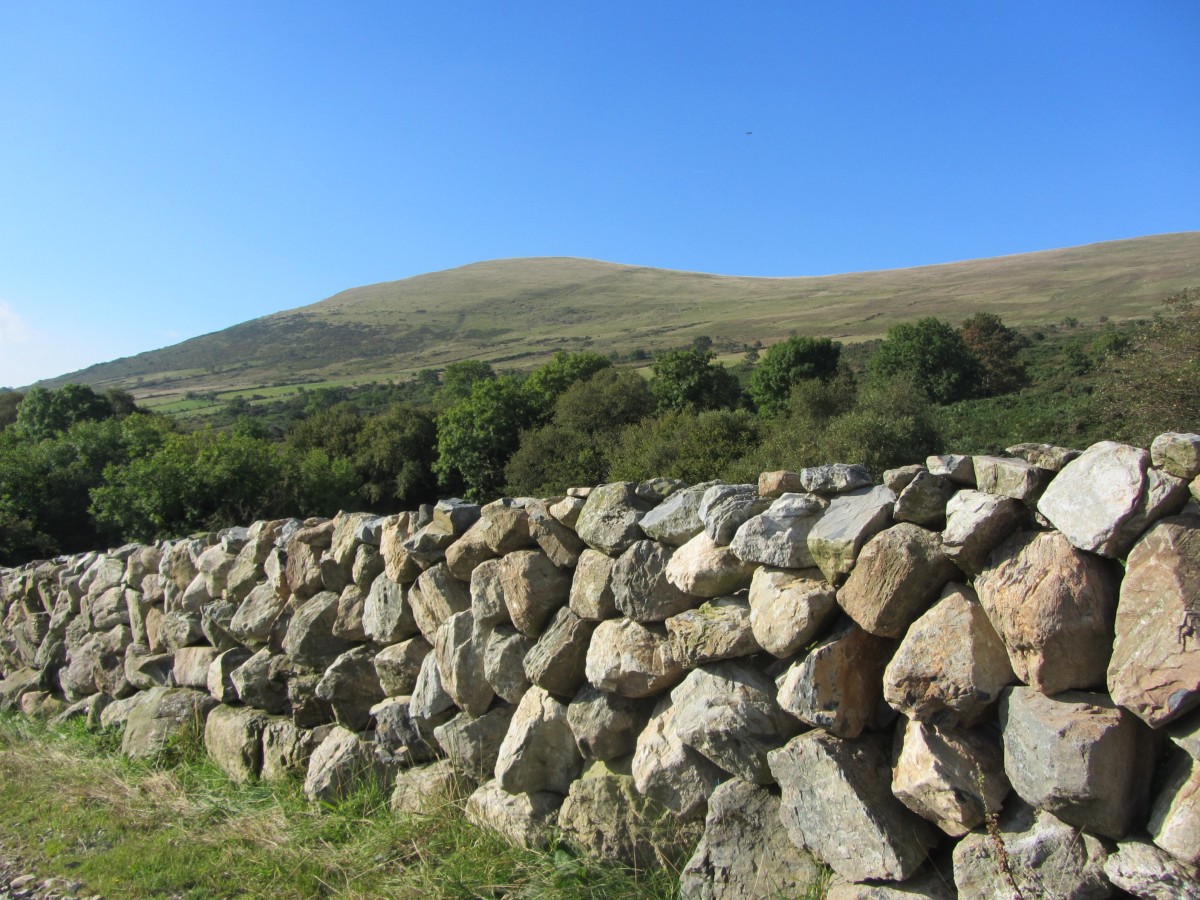 The gorge of water gap river was on our left, bordered along its course by a mixture of ash, birch and oak trees which were beginning to show the rusty colours of Autumn. The ascent was gentle and we admired the grandeur of the scenery as we passed disused farm buildings and ruins of small family homes which once graced this valley. The valley track was bordered by a purple floral display of Mourne heather. The ground underfoot was boggy in places, and we spotted more than a few tiny frogs hopping through the marshlands. 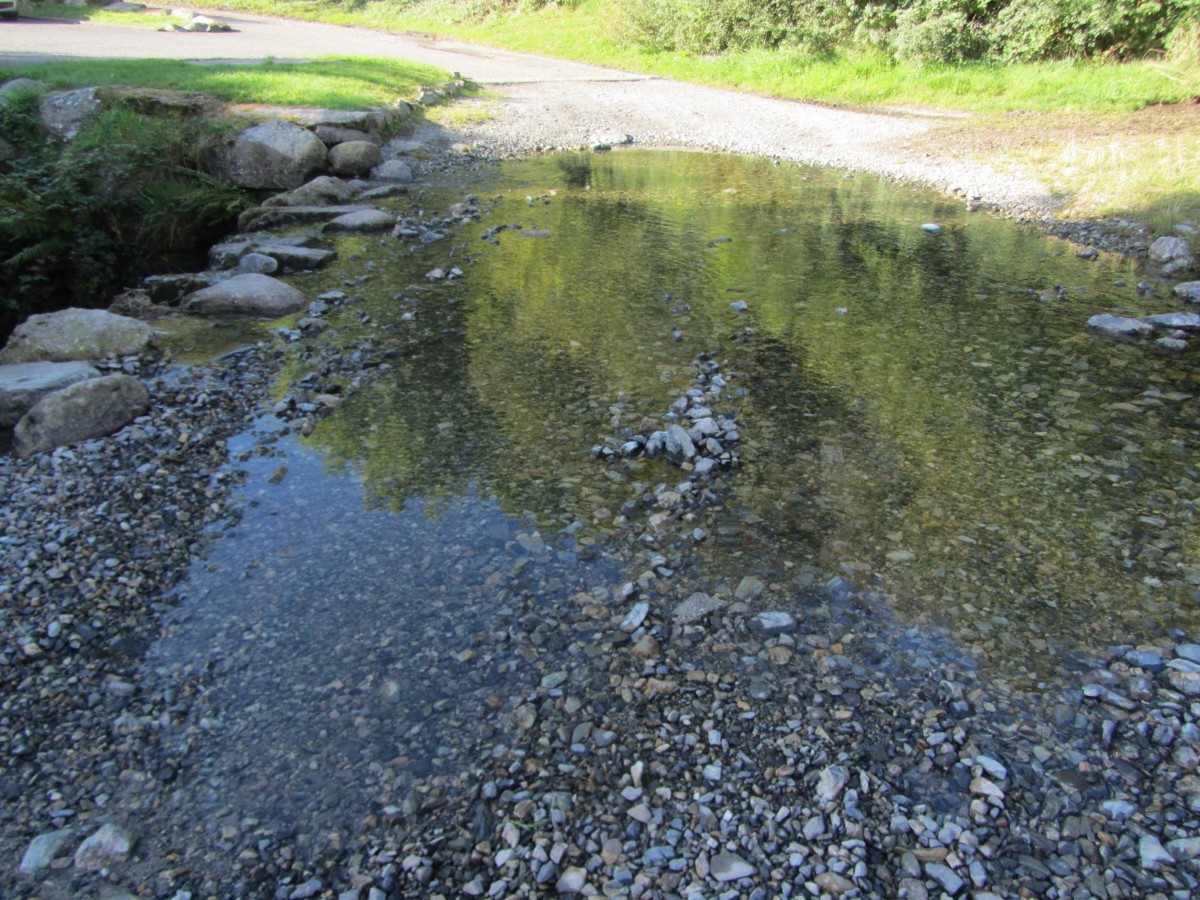 This area is known as Curraghknockadoo on the map and it lead me to ponder the reasoning behind naming such areas.

Did the name derive from family ties or some sort ancient clan name? – it would be interesting to find out!

I was joined by two friends, with a plan to hike from the Kilfeagan car park in a circular route, taking in Slieveanowen, the outer woodlands of Kilbroney forest, and Slievemartin summit. One of the lads had joined me before on a trail but the other was firmly a “lowlander” who I would try to convert. 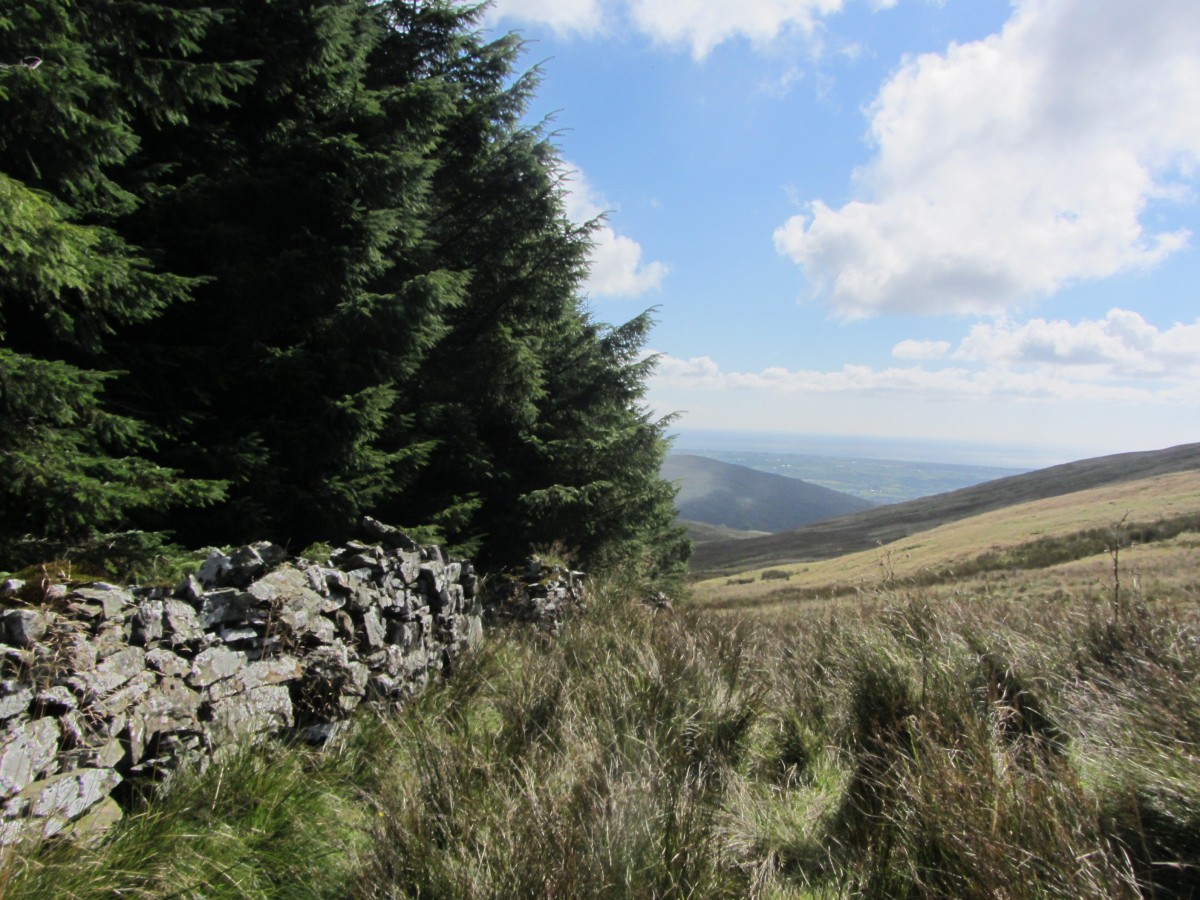 Entering the woods we turned south towards Slievemartin. The woodland trail reminded me of the North Sperrin way walk I had done earlier this year which comprised a lot of forest tracks.

This section of Kilbroney seemed to get less forest dwellers than the woods overlooking Rostrevor. Under the forest canopy lush green moss lay like carpet.

The track stopped suddenly some 100 yards before the forest boundary wall. This was a feature we picked up on the map.

Leaving the forest, we trekked the gentle slope towards the mast located near Slievemartin summit where we rested and had lunch while we gazed over the magical beauty of Carlingford lough.

After a lengthy lunch discussing world affairs we began to turn towards the trig point on Slieve Martin summit where we looked over the map checking our return route and bearings. Following the track towards the lower mast we started our descent towards the valley basin. Stopping at the mast we discussed how such features could be used to aid navigation. We also took some time to examine how the map interprets the land with contour lines, and features such as gullies and rivers. 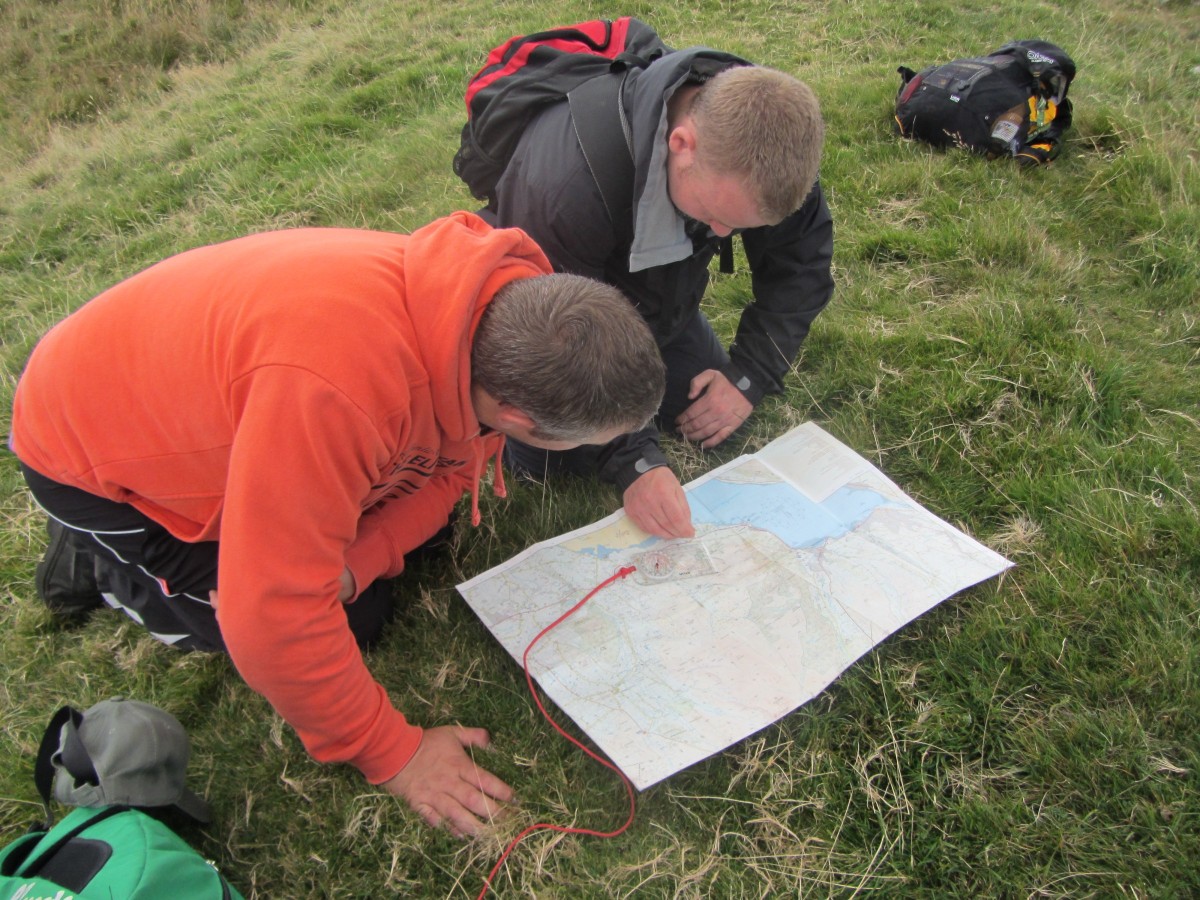 Checking over the route

Crossing over the summit of Slievefadda – which is easily done without noticing – we caught the first glimpse of a gorge that the watergap river flows through, it’s high walls some sixty feet in places. As we neared the river a crossing point became clear.

The river itself is a little more than a stream, but we discussed how its gorge had been formed all those years ago.

Passing an abandoned farm dwelling, we again found ourselves walking down past the granite boulder wall towards our starting point at Kilfeaghan car park having spent a little over seven hours wandering the hills.

Did I convert the “lowlander” with a day on the high ground? Well he’s already asked me when I’m next going hiking!

The walk included ancient Irish graves, country lanes, open mountainside and a few new summits, mixed with a few old and the outer reaches of Kilbroney forest. Lately I’ve ventured that little bit further with my hiking and really enjoyed it. Leaving the comfort zone of old familiar treks, I’ve discovered that new adventures can be found if you’re willing to look for them! 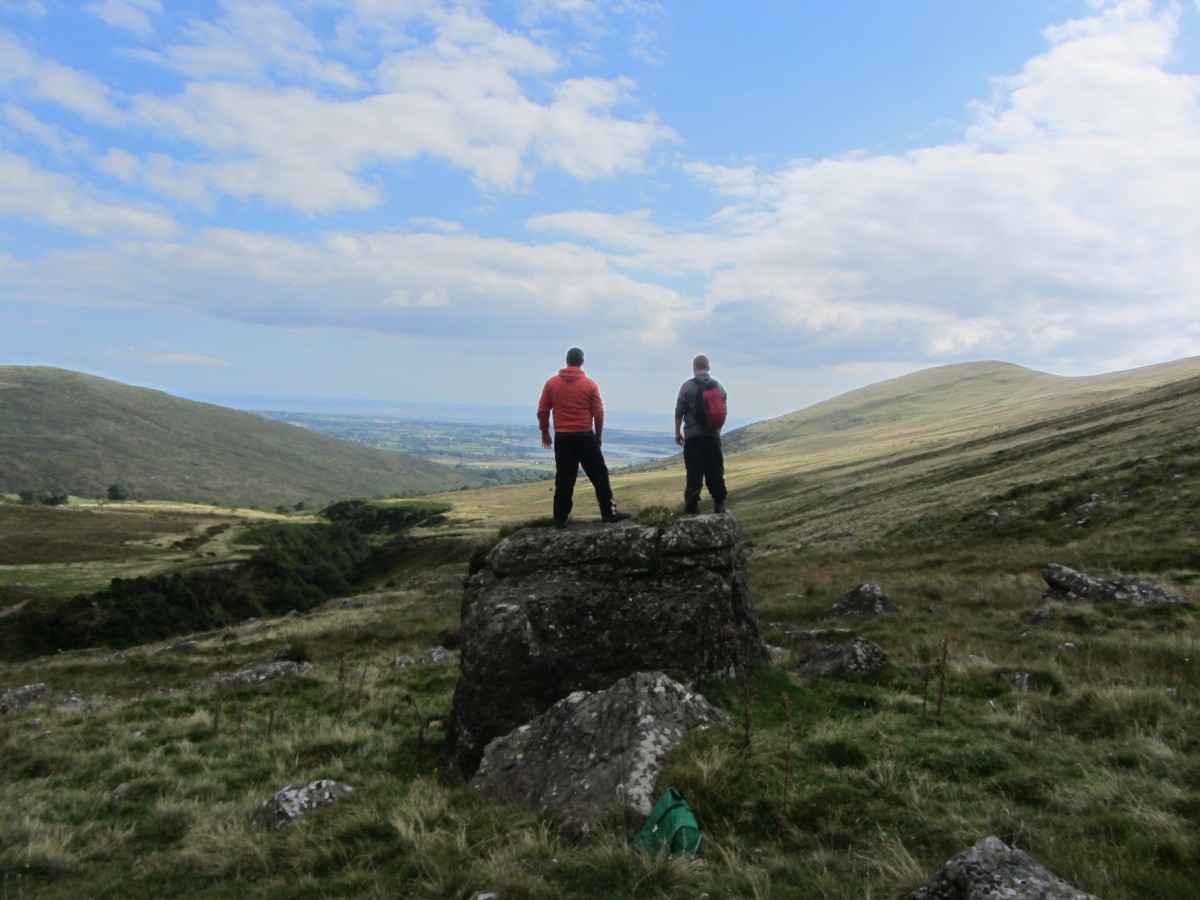