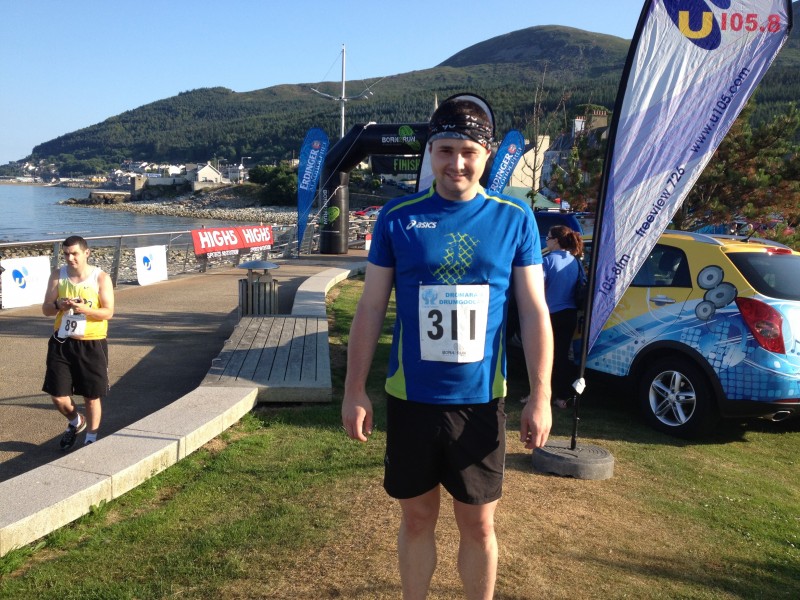 I recently made a return to an organised trail race after a long absence due to work. I must say that the Sea to Sky 10k was the perfect reintroduction. In organised races it’s often true that either the course is excellent and the organisation is poor or vice versa. In this case (the first I’ve seen to strike the balance so well) both were outstanding and it made for a perfect event experience. One of those really feel good trips that come along once in a while and reaffirm why you love to run those trails.

The Sun was splitting the trees as I entered Newcastle in full swing with the tourism season. The streets were full and in combination with the weather you could have thought that you had landed in a mainland European holiday spot. The smell of candy floss and the sound of waves enveloping the main street. Luckily the weather had lasted for the past few weeks and I’d had a chance to acclimatise with a few practice runs in the heat.

Making my way through the crowds at race registration I became aware of something I’ve found to be a vital ingredient of any true adventure: a little bit of fear. That uneasiness in the stomach I felt owing to the fact that I’d not done much running at all this season and those around me looked very, very dedicated. The fear that I might be woefully underprepared swirled around my stomach and made jelly of my legs. Experience told me that these tense moments always produced the most exhilarating experiences: the trick is to ride them out.

Running, like fighting, has an uncanny ability to dissipate adrenaline in the bloodstream. Within the first few hundred meters I was off, had shaken off the nerves and bounding along in the pack of runners.

The route initially followed the coast before turning right towards Donard Forest. With the picturesque views, bathing in the golden sunlight with the smell of the sea in your nose there were few more glorious runs I can remember. Meandering along the coastline I thought I could have ran for hours like this.

That was until the entry into Donard Forest with quite a tight gradient forcing all but the most accomplished fell runners into a fast march on some uphill parts. I know some runners are loathe to stop running at any point however I’m of the opinion if your maintaining the same effort (only able to communicate in short sentences) there’s no difference: you’re still putting the effort in. Through the incline of the Donard Forest trail there were a number of “power marching” interludes!

Coming through the forest we entered the hillside and a particularly steep ascent that almost all runners had to yomp/tab/march up. Looking across golden hills and emerald fields to the blue sea and the horizon was breathtaking at this point. All the colours of summer were on perfect display in the low sun of the evening.

The route I recorded on my runkeeper and I would definitely recommend the route as a walking or trail running experience for anyone of all abilities. 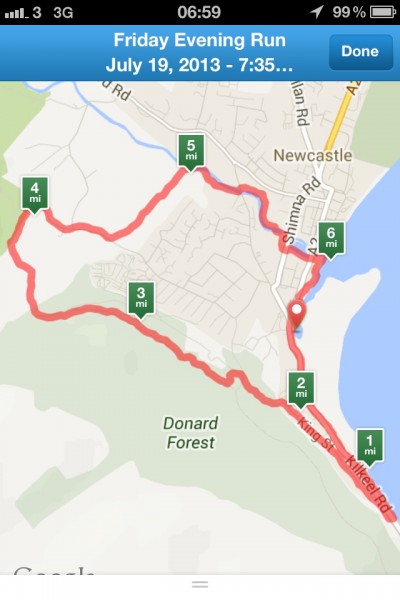 Reaching the downhill section I found that I actually have a knack for running downhill quite fast, perhaps it’s the sturdy frame of this runner but I found that any time I lost on the incline I was able to make up by taking the breaks off and flying down some of the roads and trails towards Newcastle!

I must say that the final dash down the promenade was well supported and the crowds spectating and clapping really fuelled the sprint finish over the line. After a medal, goodie bag and free pint of nonalcoholic beer it was time for a splash in the Irish Sea to cool down. The Irish Sea has never felt so good! Sitting in the cold salty water watching the Sun go down I could think of no other place I’d rather have been. 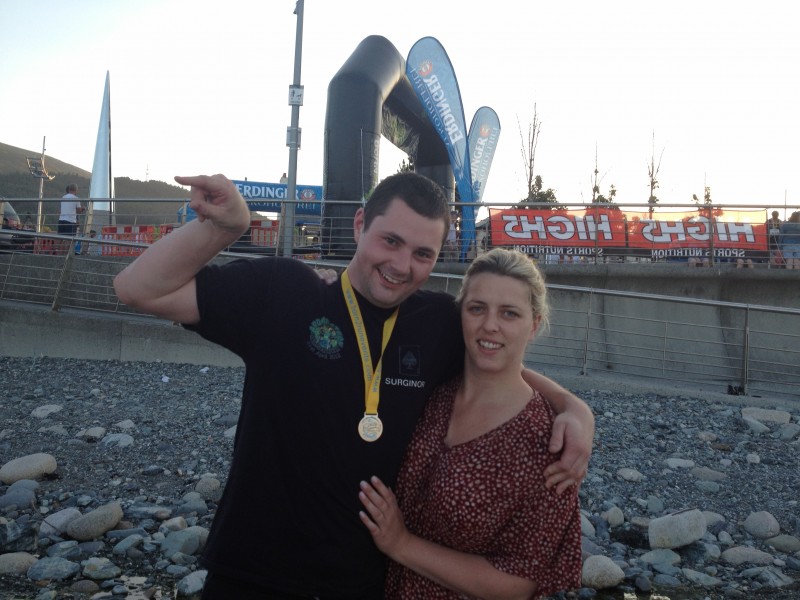 The night was well rounded off with a barbecue and beers across the road in one of the local pubs and a chance to speak with some of the other runners and my friends who had also run the race. All in all a magical race experience and one for the memory banks.