This was my first time up a Munro and well you might as well do the highest when you’re there.  The Ben Nevis race is steeped in history dating back far longer than some of the runners who go back year after year for more punishment.  One of our team was on his 21st race and another on his 11th who still can’t get under the elusive two hour mark.  Maybe next year Ricky. 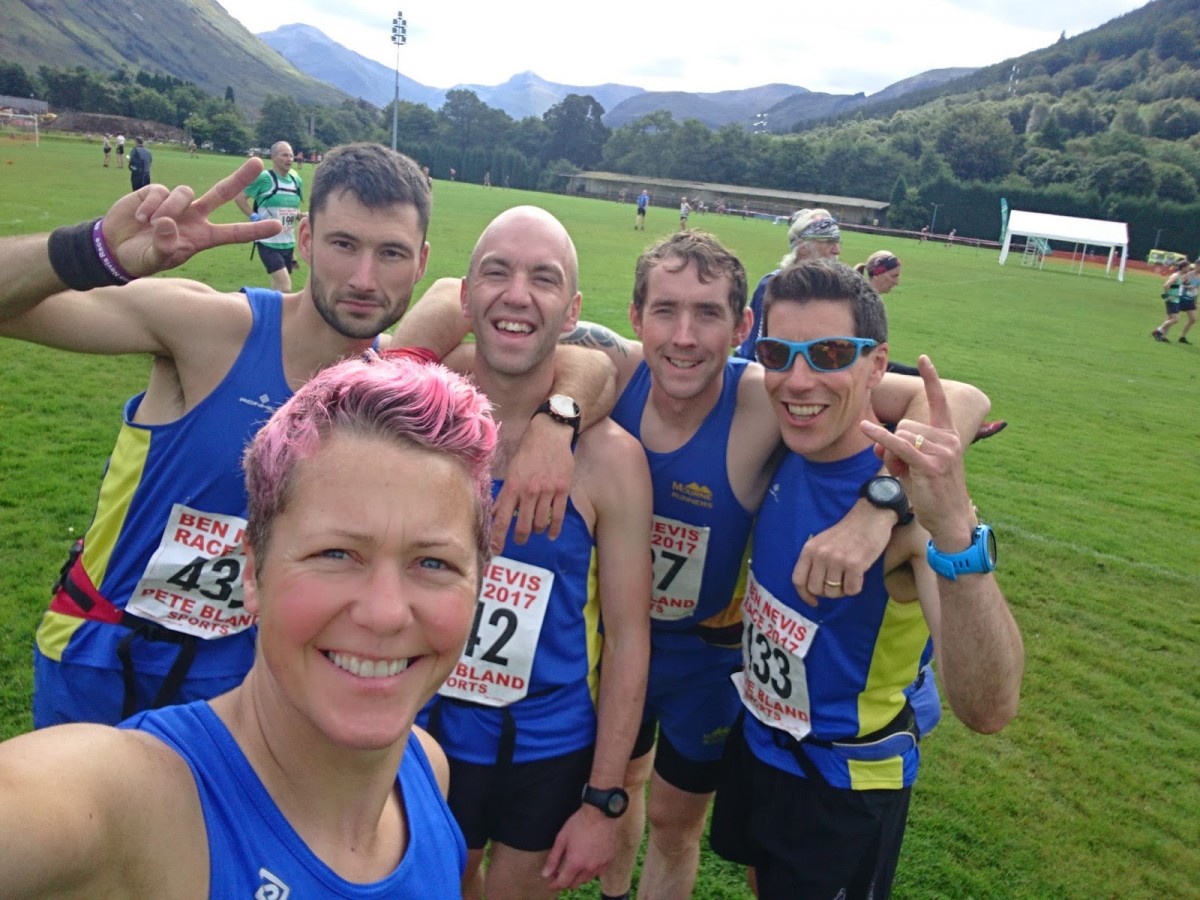 Looking rather fresh faced at the start

Bunked up in our accommodation for the weekend we set off on Friday night for the first and last hot meal of the weekend in the Ben Nevis Inn. Wetherspoon chefs could do with keeping the food a few minutes longer in the microwave. Note to self ‘order a vegetarian breakfast’.

Fuelled up on square sausage and Braveheart I was ready for a day of torture. Concerned about the cut off times I knew if I kept Ricky Cowan close to me I’d make it to the Burn in under the hour. True to form I passed it in 57minutes and began the second half of the climb which is a lot more loose stone and rock. On the long slog to the summit the heat was fierce and anytime I looked at my HR it was in the 174bpm mark or so. 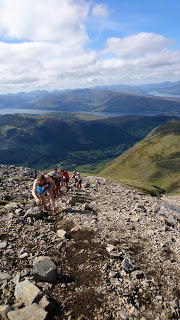 Somewhere past the half way point

Passing a few bewilderd looking walkers I got to the summit and took a quick selfie, looked around me briefly to take it in, passed my wristband to the marshals and stuffed a handful of liquorice allsorts into my dry mouth and swallowed a salt tablet. 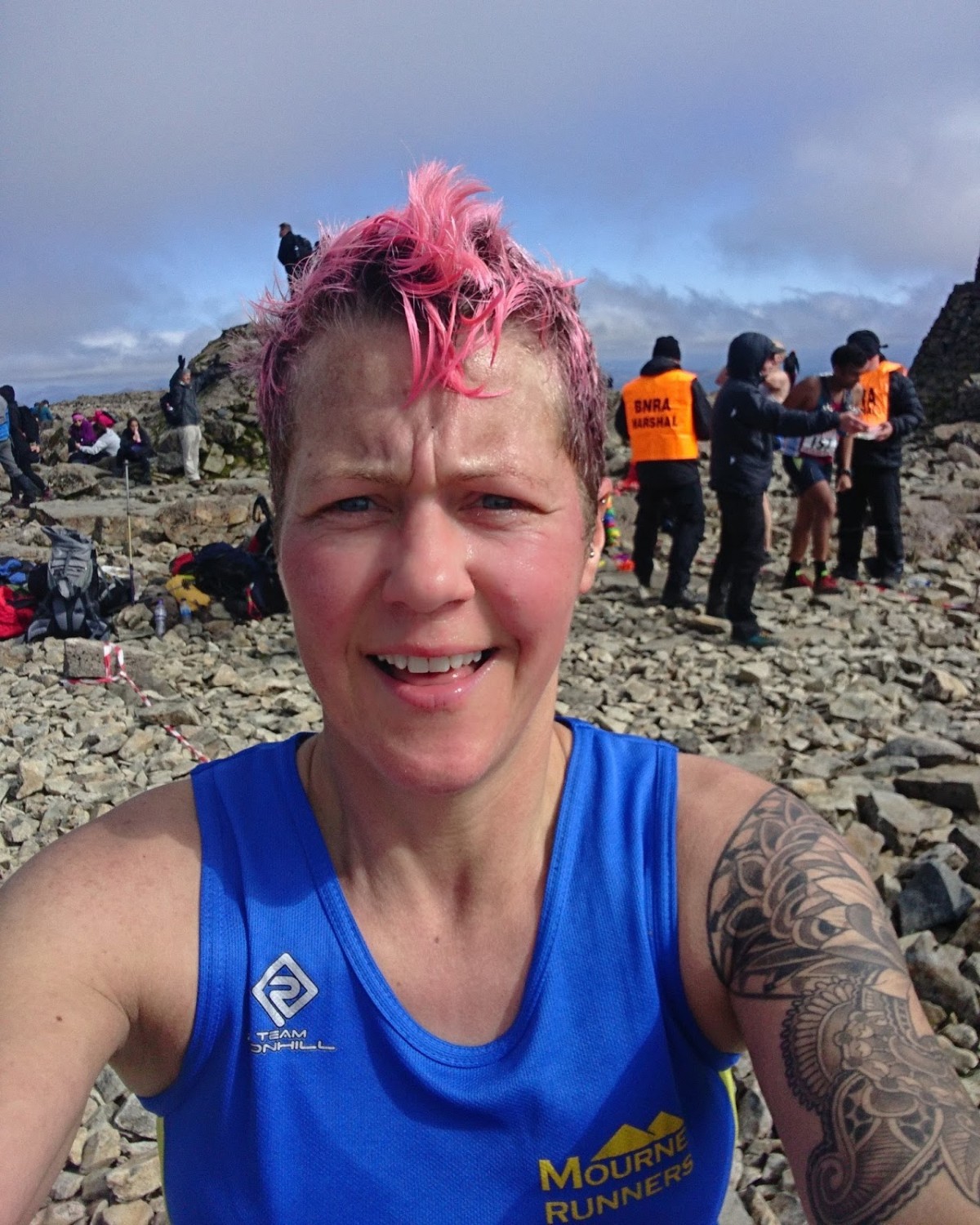 Having came over to try and break three hours I took off knowing that I was going to have to pick up my pace.  Luckily I can come down quicker than I can go up.  Stopping for a cool off twice in streams I was having a tough time in the heat and my 750mls were nearly drank. The dreuth was wild and I was eyeing up people who looked like they’d have spare water. I asked a lady in a campervan for some but all she had was a tin of Irn Bru. I gratefully drank it then instantly regretted it but my watch was showing 2.50 so I pushed on. 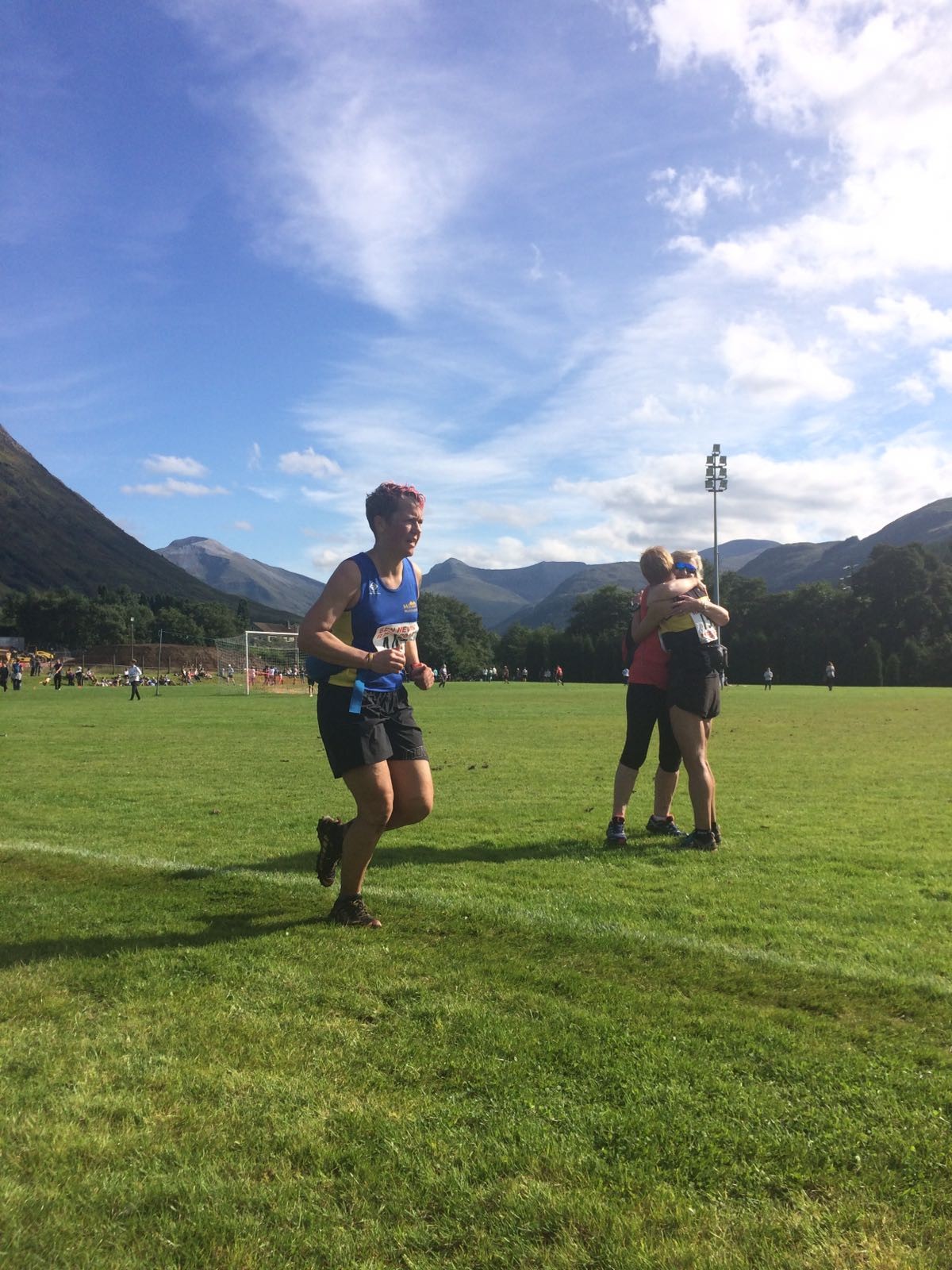 I got my medal, grabbed some water and went in search of some shade from the Scottish sun. I was feeling rough but happy to get up and down the hill and I squeezed in under three hours.

The Irn Bru didn’t last too long though, I apologise to the Newcastle athletic guys for my horrific loud wretching and vomiting noises who were enjoying a coors light outside their accommodation.  I seem to have history and vomiting is now quite normal. 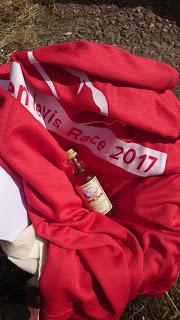 A nice touch with the miniature whisky

Would I go back?  Yes but not for a couple of years. It’s a great race to do and tick off but it’s fierce on the body.

I raised well over £600 for SANDS NI and they are a great charity. Final total still to be confirmed.

Thanks for reading.
C.

More bang for your buckOsprey "Clean the Alps" with EOCA