The Sliabh Beagh Way is perhaps the most scenic walk in the whole of Northern Ireland, it is possible to walk all day and not meet another soul. If it’s solitude and quiet you are looking for, this could be the walk for you. 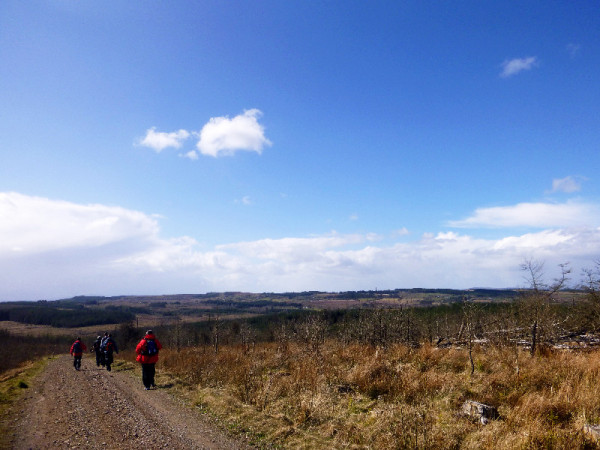 Starting of in the town of Lisnaskea, Co. Fermanagh, we made our way towards Aughnacloy (a reverse direction of the suggested route) through forest, over hills and along country roads, all while passing lakes, forests and mythical stones.

The first few miles of the route after leaving Lisnaskea involved quiet and winding country roads that led towards the small village of Donagh. It was here where we stopped to stock up with some provisions, at the last shop we would see for quite a few miles.

So far the weather had been mixed between both sunshine and showers; one minute it was coats on, the next it was coats off. The majority of the route is on small, quiet country roads and good quality forest track, so it made sense to wear trainers on our feet instead of heavier boots.

As we neared our first woodland trail at Tully Forest we passed a large country house which was in the style of Gothic revival and was quite impressive. Entering Tully Forest we passed a patch of ground that had sadly been used as a rubbish dump, and was filled with broken children’s toys – thankfully this was the only litter we seen for the rest of the day. 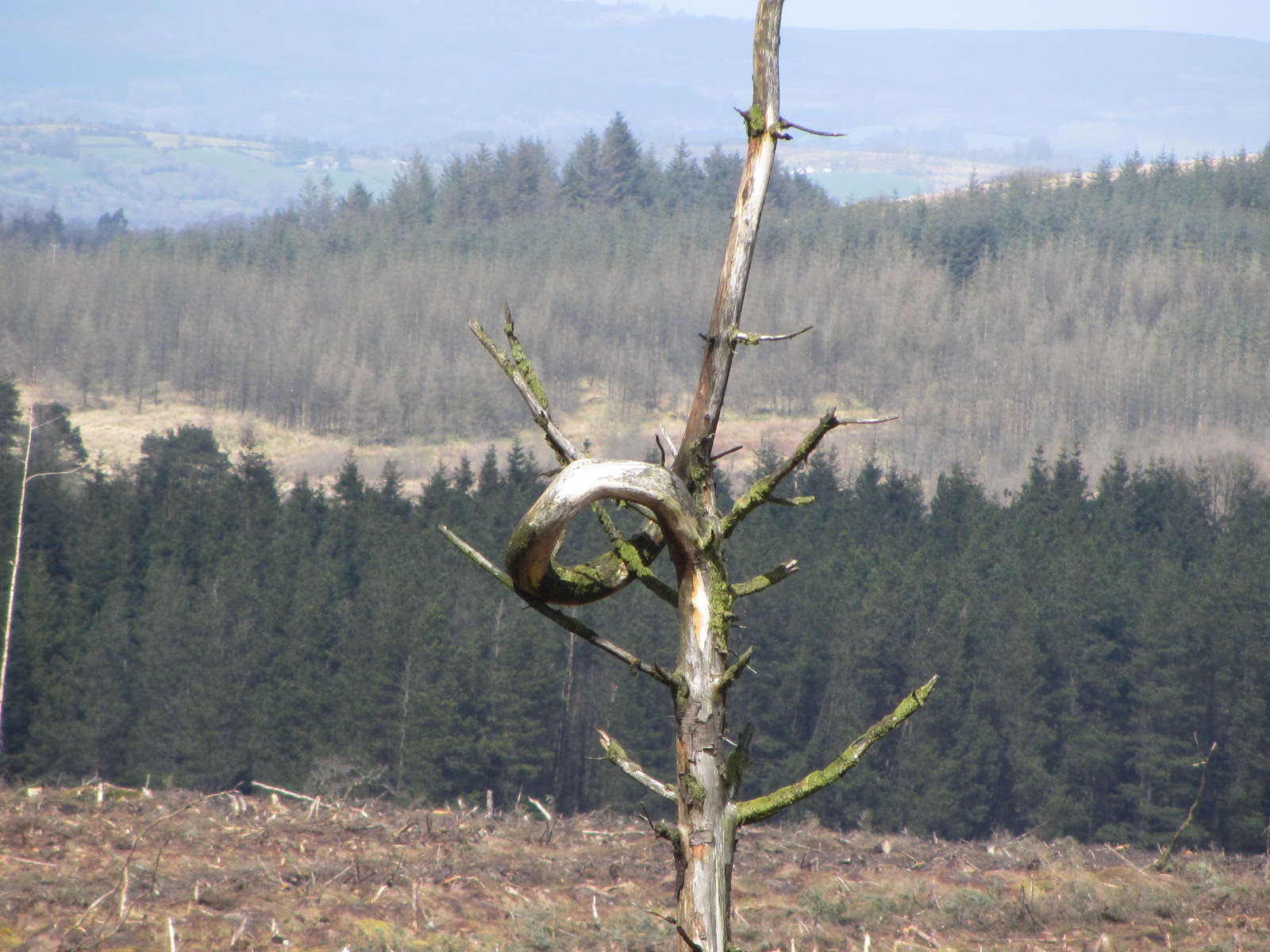 The terrain reminded me in a way like that of Co. Donegal, due to the large open bog land separated with hills & woodland. Throughout the landscape shadows of the past could be seen with turf cutting scars on the health land. We stopped for five to ten minutes every few miles, just enough time to kick off our trainers and let our feet breath.

It’s strange because I can walk in the mountains all day without damaging my feet but walking on roads just grinds on you’re feet no matter what footwear you’re wearing. Thinking about this a bit more I reckon it must have something to do with not really adjusting you’re footing as you would do whilst trekking in the hills and this in turn has a pounding affect on the same group of muscles? 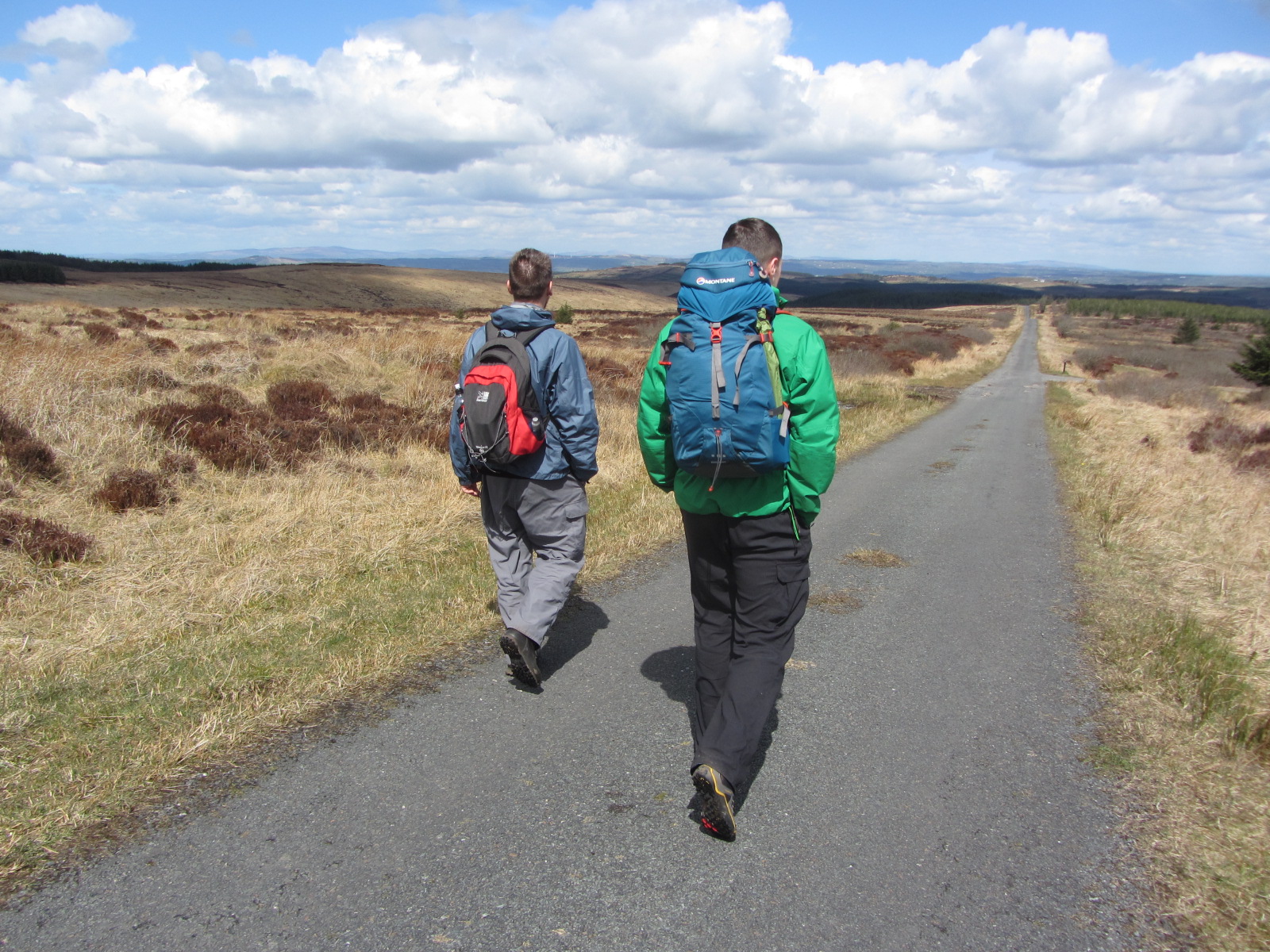 Nearing about mile 16 I hit a real pain barrier and I asked the lads to take a break, while resting on the edge of the forest trail, Ed shouted over to me to try some ‘Dex’, which is basically a sugar fix. I put my hand over to catch the packet but missed and ended up getting smacked right on the right nipple with the sweets, to the joy off the rest of the lads. It was funny stuff like that happening that made you laugh amd kept you going along the way. 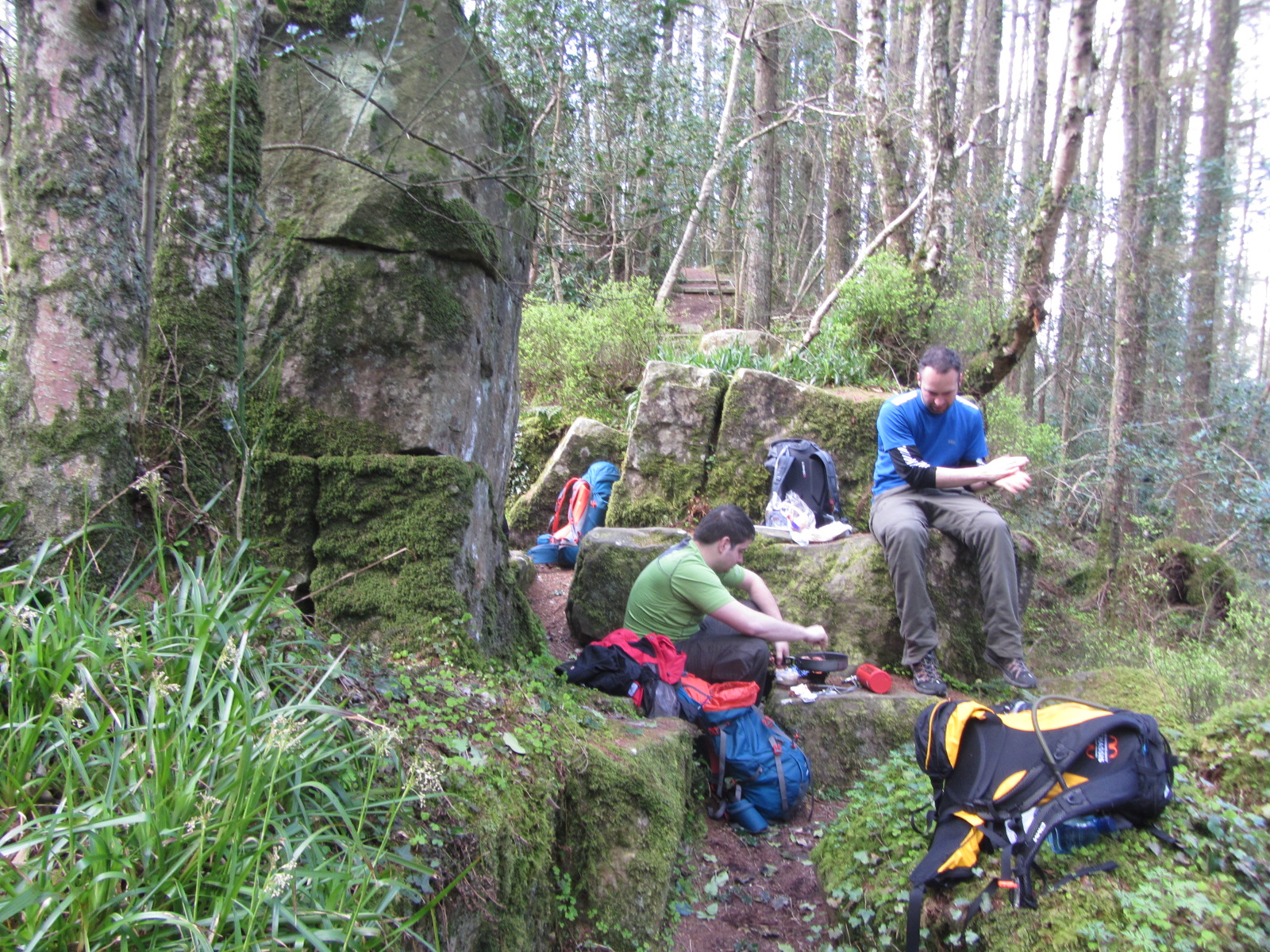 As I mentioned already I’ve always had the ability to talk the leg of the stool so Oisin and myself chatted away the evening while walking towards the sunset. At dusk we came to a crossroads and noticed lots of cars parking beside a house, it must be the ‘auld tinker blood in me, but I can smell a wake a mile away. We stopped to turn off the music as I had, “highway to hell” blasting out of the iPad, haha!

Again we plodded on forgetting about how sore our legs were from time to time. We had a good idea now we were quite close to our campsite and the thought of no more walking for a few hours was enough to motivate us onwards. Having now reached the campsite two of the lads traveled back the 31 miles to collect the first car – kudos to them!

Our plan of action was set to get the tents up and have a feed but it never happened, as we were totally exhausted and were barley able to set the tents up. Falling into the tent I nearly shed a tear as I wrapped the sleeping bag around me. It was agreed with the lads that we would have a great meat feast when we woke the following morning.

I never slept as well as I did that night in my life. Apparently someone was snoring all night, but I never heard a thing haha! When I woke I looked out of my tent and noticed Spud was up, ten minutes later we had burgers on the BBQ, shortly followed by chicken wings, ribs, tea and coffee and not forgetting the porridge. Strangely enough all the lads including myself were feeling grand – the weather was sunny and warm, our bellies were full, and we were ready to carry on.

With around 14 miles to cove on our second day we were a bit more relaxed about the ground we needed to cover. Leaving Sliabh Beagh we descended back into farmland & country roads. As we walked it seemed like there were lakes & woods around every corner.

Along the route we decided we wanted to visit St Patrick’s well and chair, an historic site dating back to BC, apparently used by pagans and later as a Christian place of worship, a real enchanting and atmospheric place. The last stage of our walk was through the Royal forest, which lies just over the Fermanagh border. With the end in sight we mustered whatever strength we had left for the last few miles.

With Auchnocloy in sight we climbed our last hill into the town. To anybody watching us we just looked like six guys walking down Main Street, but to us we felt that we done something worth doing.