Home White out on Binnian

Armed with a HD action camera, we had intended to film the setting sun from Binnian’s summit tor towards Slieve Muck. Parking just off the Carricklittle track, we crossed through the familiar iron gate marked by Belfast water commission (B.W.C). Ahead, Binnian’s summit was cloaked in thick cloud. We followed the newly laid path which roughly follows the Mourne wall upwards. Gazing across Annalong valley, rays of sunlight were cast across Chimney Rock Mountain. We were still hopeful the cloud would lift and we would be rewarded by an awesome sunset. As we gained ground upward, we entered the clouds, the valley disappearing below us as we ventured on. Out of the mist we encountered a fellow hiker, Aaron and his dog were on their way down, and we got to chat about the chance of the weather lifting. 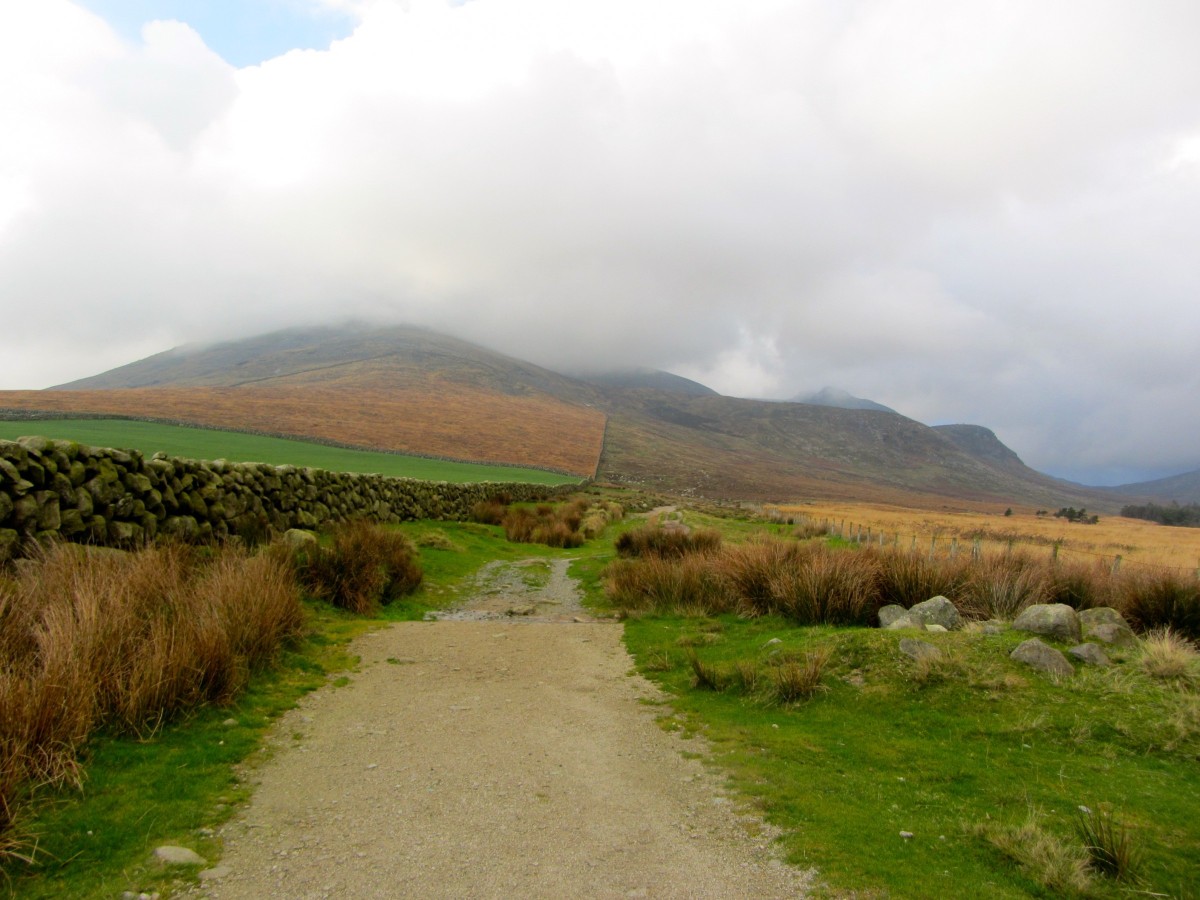 The new path stops just short of what I call ‘the shoulder’ on Binnian, a particularly steep section roughly two thirds of the way up the mountain. Using the wall as our guide, Spud gained some ground on me but still kept within sight, which suited me, as I enjoy walking slightly back at my own pace. Passing the stile under the summit Tor, we scrambled up the steep ground and onto the summit. The huge granite summit tor was wrapped in cloud, and with a drop in temperature after building up a sweat in the unseasonably mild air, along with the visibility down to about 10-15 feet, meant it was a quick decision that the sunset was never going to happen, and we made our way down to the back castles for a brew. 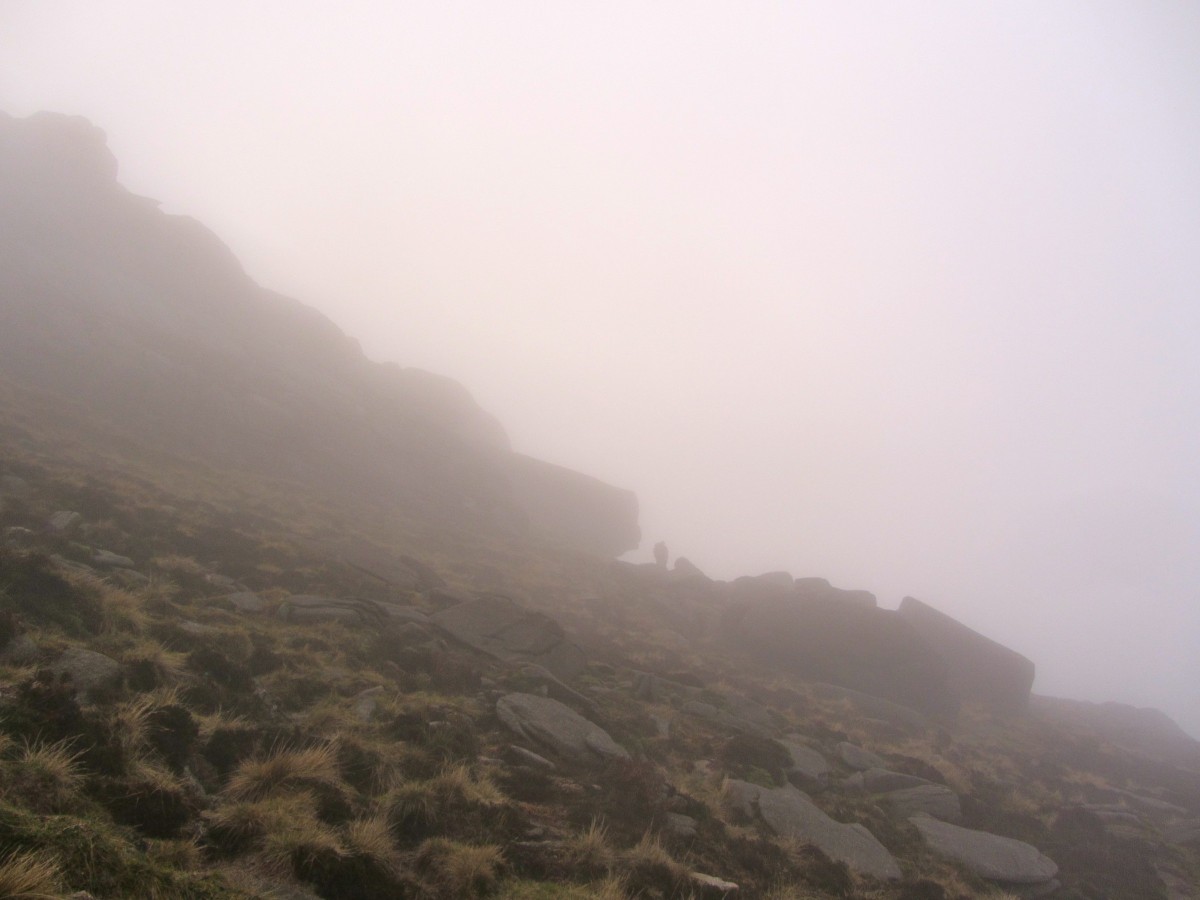 Nearing the summit of Slieve Binnian

Binnian’s crested peak was completely masked in cloud as we reached the back castles, appearing out of the gloom like ancient sculptures, grey squat sentinels standing ceaseless watch over the Silent Valley. Time to relax with a hot mug of tea and layer up, as once you’re stopped the body temperature can drop rapidly! After a while we looked over our maps and decided to descend via a wall we had talked about exploring on a previous hike, which would lead us back towards the stile we had passed on our climb upwards. In the last of the daylight, we saw brief tantalising glimpses of Binnian’s North Tor, before the grey curtain silently swished shut, and showed no sign of reopening. We really are spoiled in the Mournes having such great navigational tools such as walls crossing over the Mourne range. 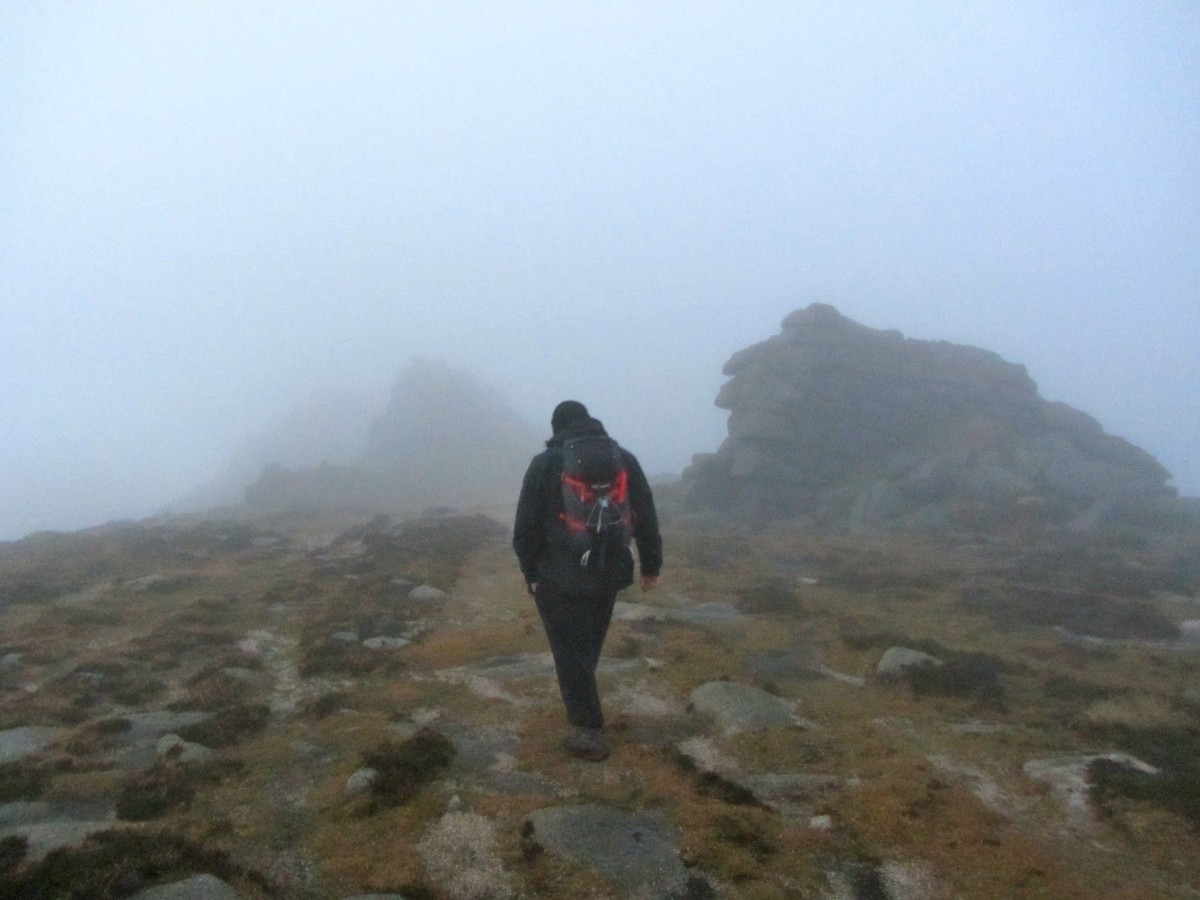 Binnians Back Castles cloaked in mist

Descending on ground saturated by the heavy recent rains takes some care as everything is just so slippy. Reaching the stile we stopped for another brew and some chocolate, turning off our head torches as we sat gazing around in the thick pea soup that surrounded us, and breathing in the atmosphere, no sound save the trickle of a small stream down the hill. Following the Mourne wall downwards, we descended slowly taking time to ensure good foot placement. As we reached the good path again, our pace quickened finally breaking cloud cover, as we saw the lights of Annalong twinkling on the coast in the distance. We never got the awesome sunset we had hoped for, but we did get to practice some navigation, and spend a couple of hours in the isolated peace of the Mournes. 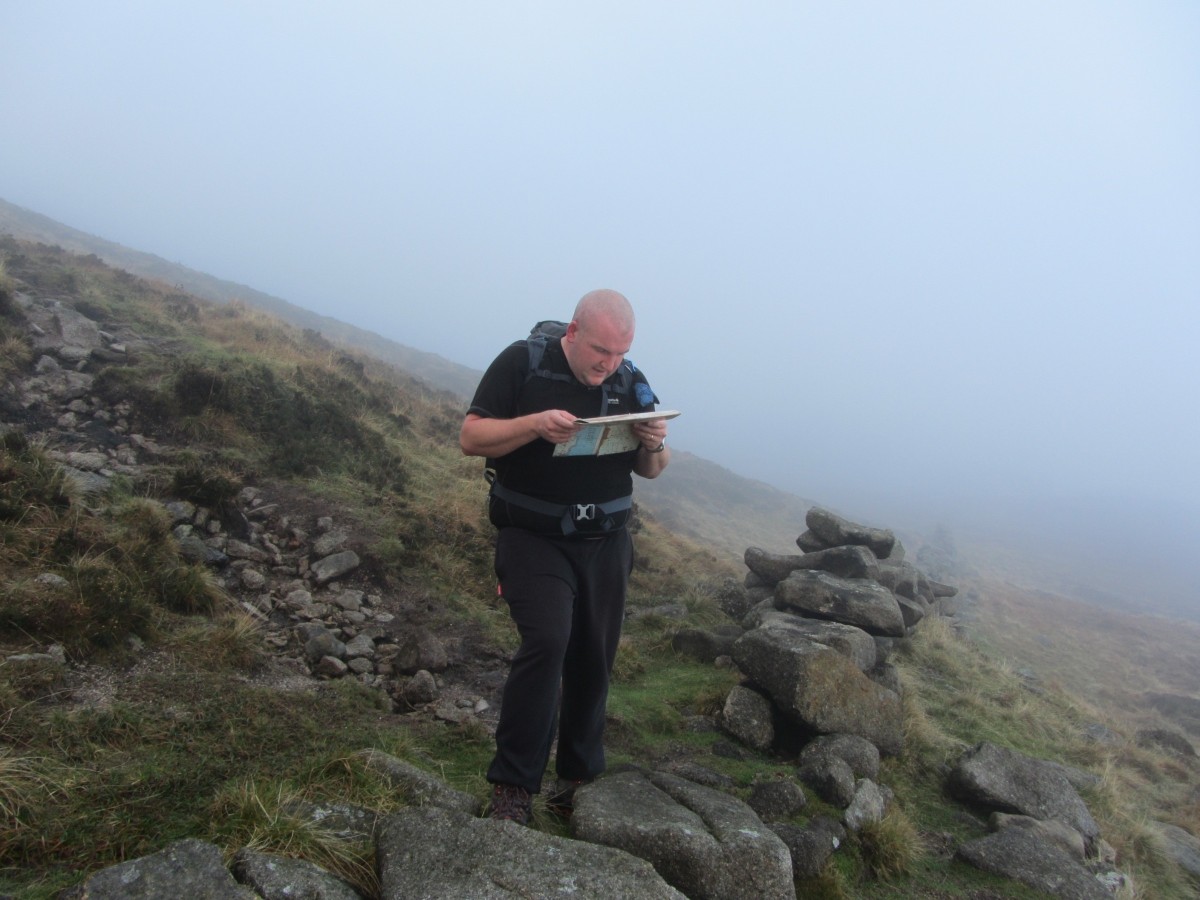