Ice in the hills can be a hazard, even if there’s nowhere near enough snow on the ground to consider wearing proper crampons. For these situations there’s a need for a lighter traction device which can be used on ice or shallow snow, to give the foot more grip.

This is the purpose for which the YakTrax Pro traction device is marketed.

YakTrax Pro is a coiled metal traction device for under the sole of your boot, which is held on by stretched rubber. The coiled metal is designed to scrape against the ice, providing traction. 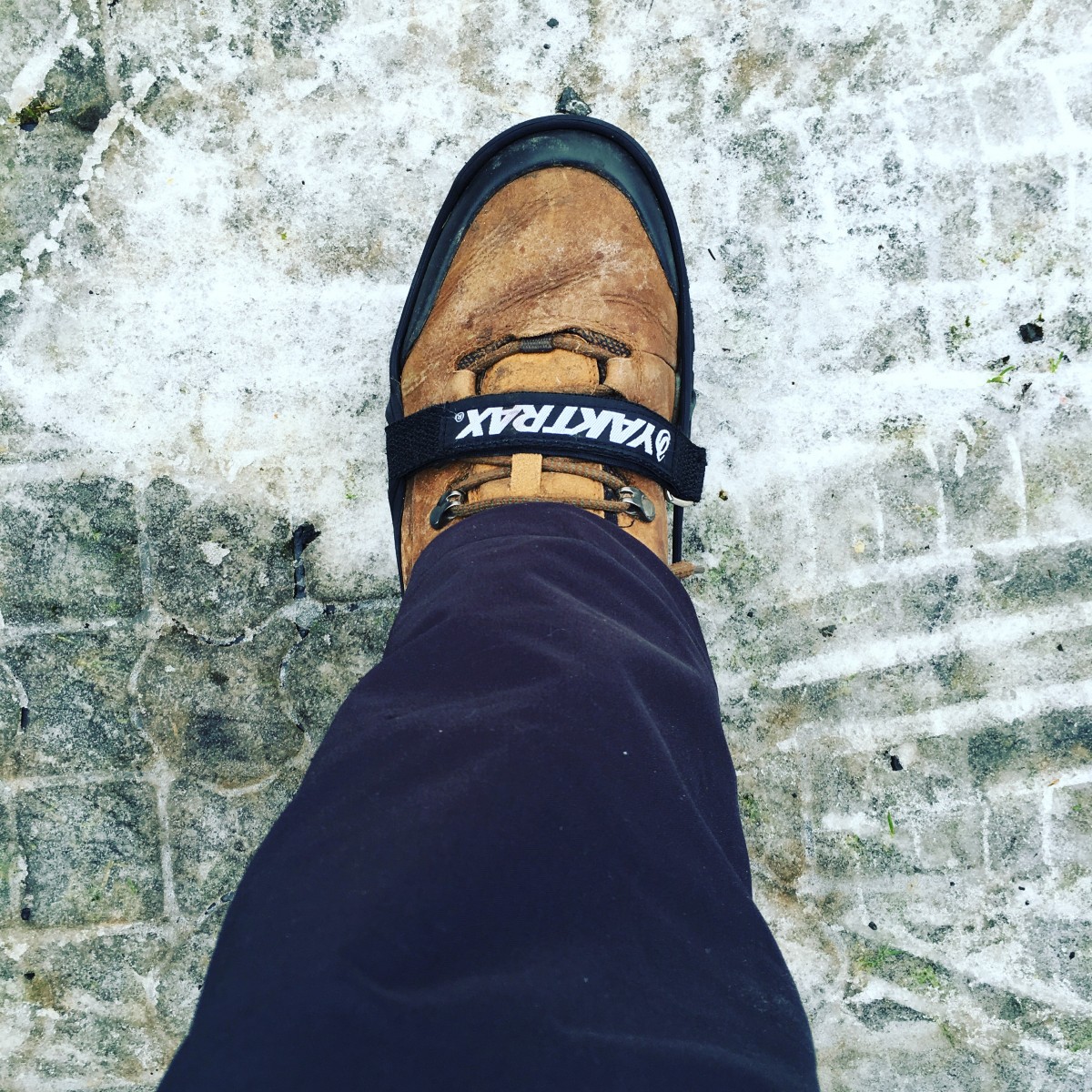 Strapped down and ready to hit the ice

Once stretched around the boot, the Yaktrax Pro is held snug using a velcro strap. This strap is seemingly the only feature differentiating the “Pro” model from the “Walker” model. Once the velcro strap is fastened, the YakTrax feels solid and secure on the foot.

The rubber at the side of the device, which is stretched around the boot seems to be a point of failure. The rubber is held stretched during use and rubs against the surface of the ice while walking. The pair I tested failed after only two outings. 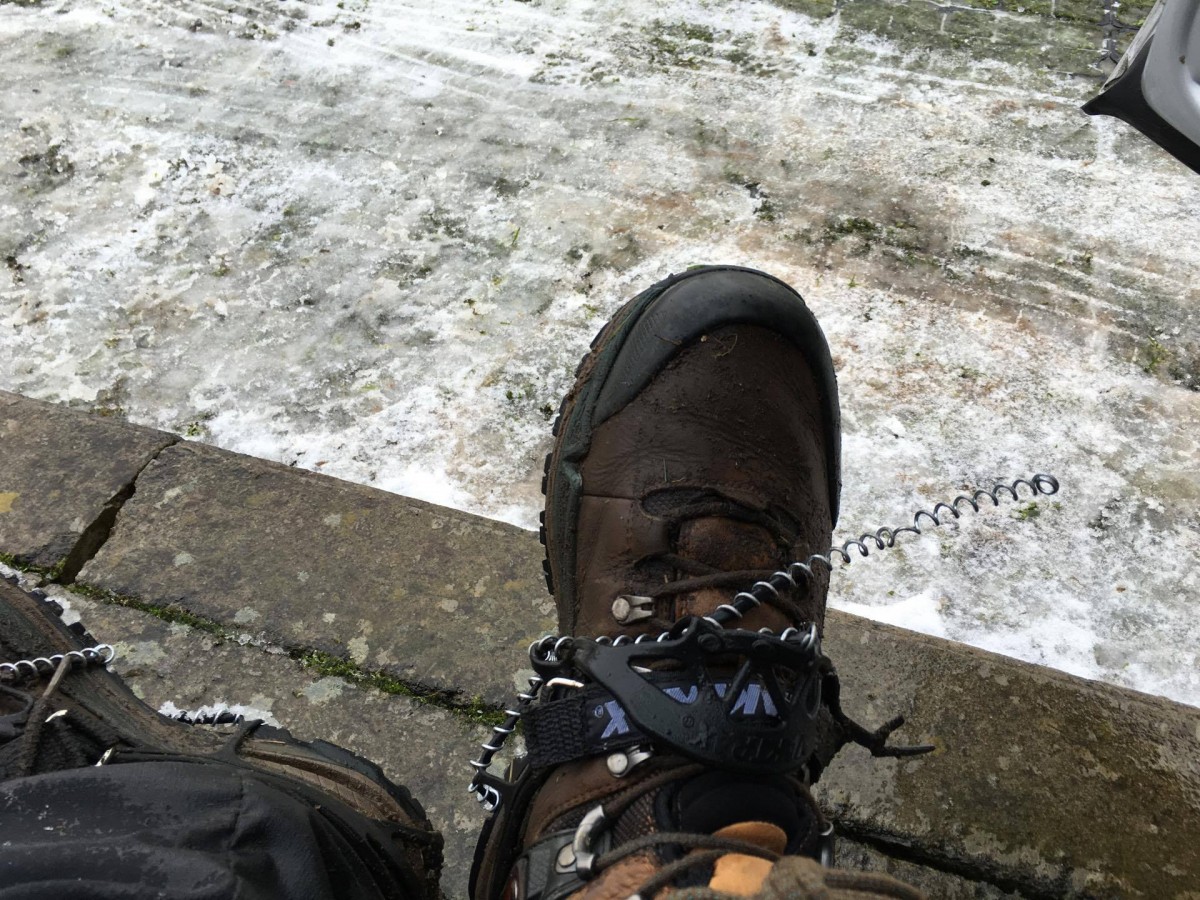 This is quite a severe failing for something which is primarily intended as a safety device. Luckily I was walking at quite a slow pace when my YakTrax failed, rather than moving quickly over ice, or downhill.

I had planned quite a long route, confident that the YakTrax would allow me to move more quickly over ice than a bare boot. Sadly once the YakTrax failed – the return journey was considerably slowed.

This is definitely cause for concern, as those using YakTrax may hike into areas where progress is difficult / dangerous in the event the device fails. The YakTrax website markets the device as suitable for runners, who can run “with the same stability [they’re] accustomed to on dry surfaces”. This is definitely not something I could recommend based on my experience with this product, serious injury could be sustained were the failure pictured above to occur while running on ice. 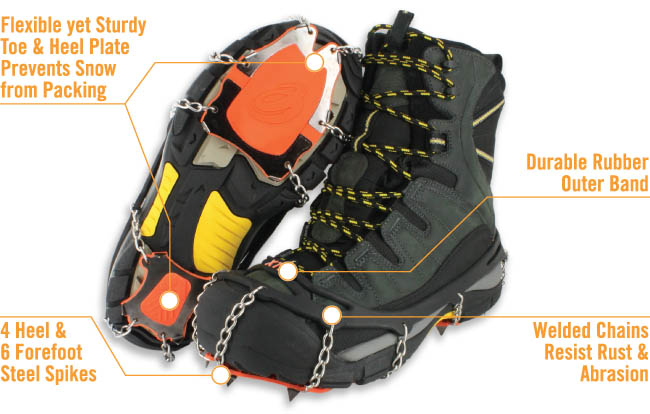 YakTrax do sell a “XTR extreme” version of the grips (pictured above), which at first glance appears more robust, with chains on the bottom and a thicker rubber rand at the top. I bought a pair of these when my original YakTrax Pro failed, but I have not yet had the opportunity to test them.

I really like the concept of a lightweight “ice grip” which can provide traction to hikers moving on snow/ice in conditions where full blown crampons would be excessive. It is an excellent idea, but the Yaktrax Pro have serious durability failings which prevent me from recommending them for this use. Nonetheless, we’ll supply the usual Amazon link below.