Storm Frank was forecast to sweep across Ireland and bring with it high winds and heavy rain, and it just so happened that it timed its visit perfectly with the date we had set to get outdoors for a night. 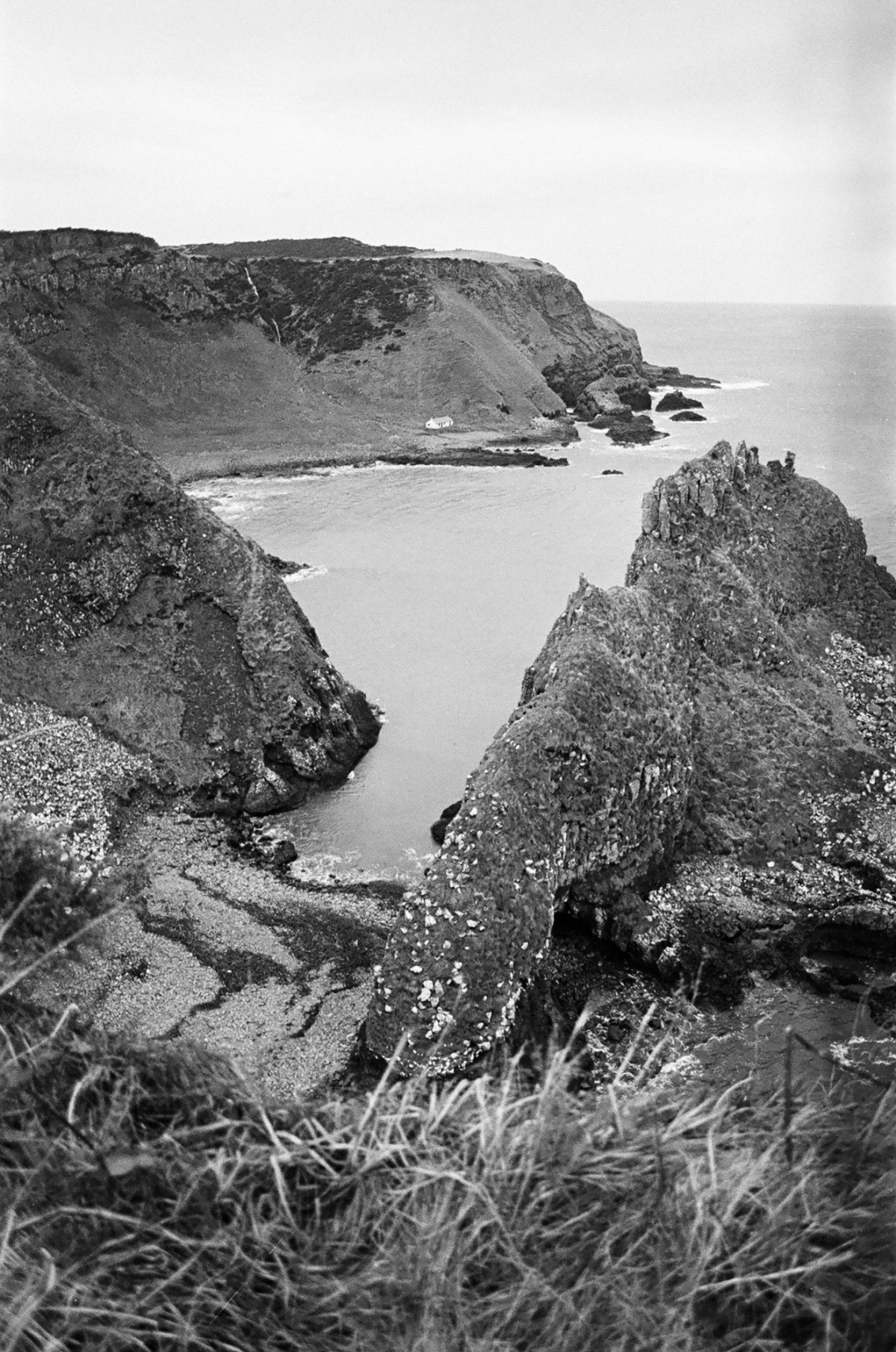 As we got out of the car we immediately felt the wind that was barraging the country; car doors flew open, contents of the car tried to escape and coats were put on with haste to try and block the wind. It was only us in the car park with no other visitors to be seen – which is unusual as usually there is atleast one car sitting with tourists looking out at the remains of Dunseverick Castle.

We wasted no time making our way down to the bothy and after a fifteen or twenty minute walk, we were opening the door to our shelter for the night. 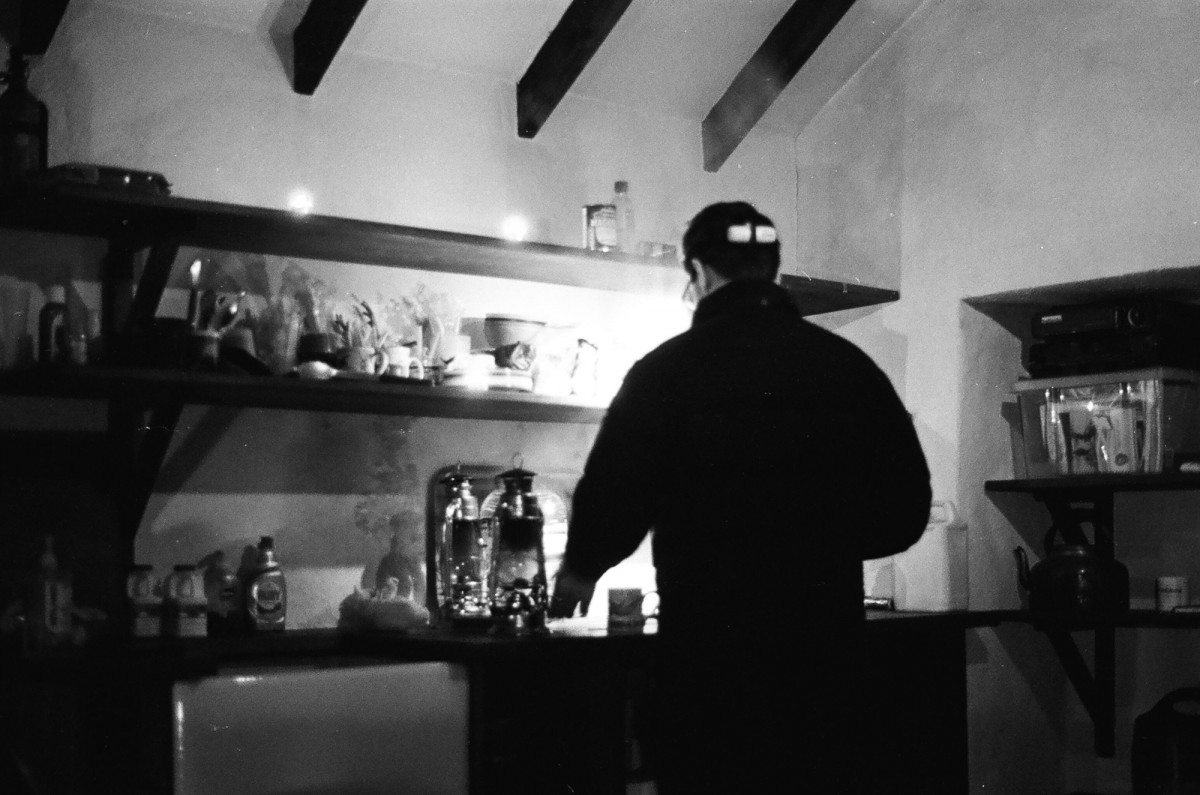 We were soon to unpack our bags and bring out the food and firewood that we had carried down with us to the bothy and at this stage in the evening it had soon became dark. This mean only one thing – it must be time to get dinner on the pan! Ed did a fine job of cooking us all steak while we patiently waited whilst enjoying our starters of cheese and crackers.

The woodburning stove soon got stoked with the logs we had carried and not long after the bothy was quite warm and toasty compared to the weather outside. Speaking of the weather, we noticed that it never really seemed all that stormy outside the bothy, compared to the clifftop walk above. We eventually worked out that this is likely down to the position of the U-shaped valley of land at the bottom of the cliffs, which only open side faces North East; a direction that the wind wasn’t blowing down on this occassion. 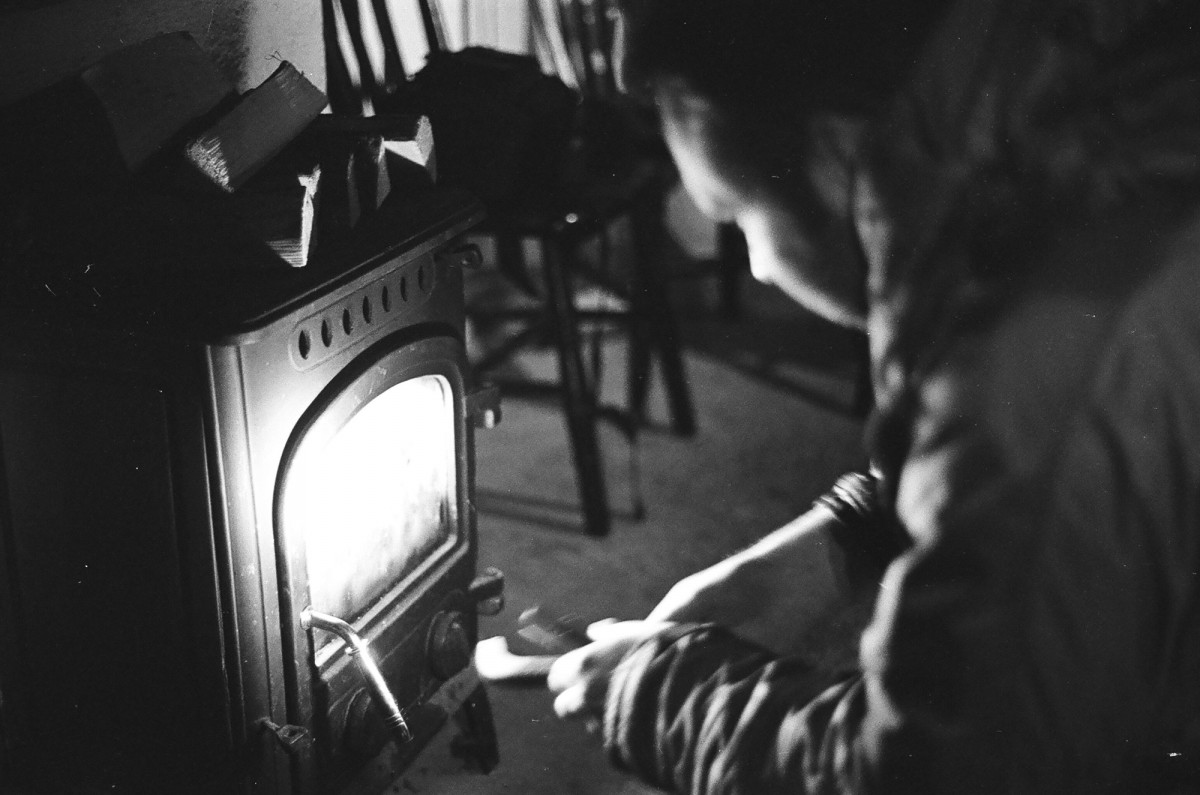 The rest of the evening was spent beside candlelight and lasted what seemed to be hours upon hours. The smell of the woodburning stove was now familiar to our senses and it was only apparent when you stepped back inside after peeking outside to see the weather.  With the long winter night and the foul weather outside we talked about how difficult winters past must have been for our ancestors that didn’t even have candlelight to sit beside.

The next morning we awoke to a slighty chilly bothy and were soon to get up and start moving about to gain a bit of heat in our bodies. We had slept fairly comfortable given the harshness of the storm outside and the fact that it was during the month of December.

Now that the sun had risen we could gain a better sight of the waves outside – the rough seas were crashing on the black rocks that edged the bothies perimeter to the sea. We made ourselves breakfast while watching the tide come in and bring with it more frothy white waves. After we had finished with breakfast and had packed away our sleeping equipment we were soon to take a stroll outside and see the energy of the waves firsthand. Grabbing our cameras we clambered our way across the rocky shorefront, making sure not to slip on the plantlife that lives on the rock. Trying to get good photographs of these big waves came with a price – and lucky enough I captured it on video – as a big wave crashed over not one, but two sets of rock to then soak us with its spray!

Soaked and somewhat chilled despite our best efforts to wrap up, we returned to the bothy after our best attempts to photograph the waves. The Ilford HP5 film that I have been using recently done a nice job of protraying the weather and atmosphere of that day, and I’m enjoying using it. 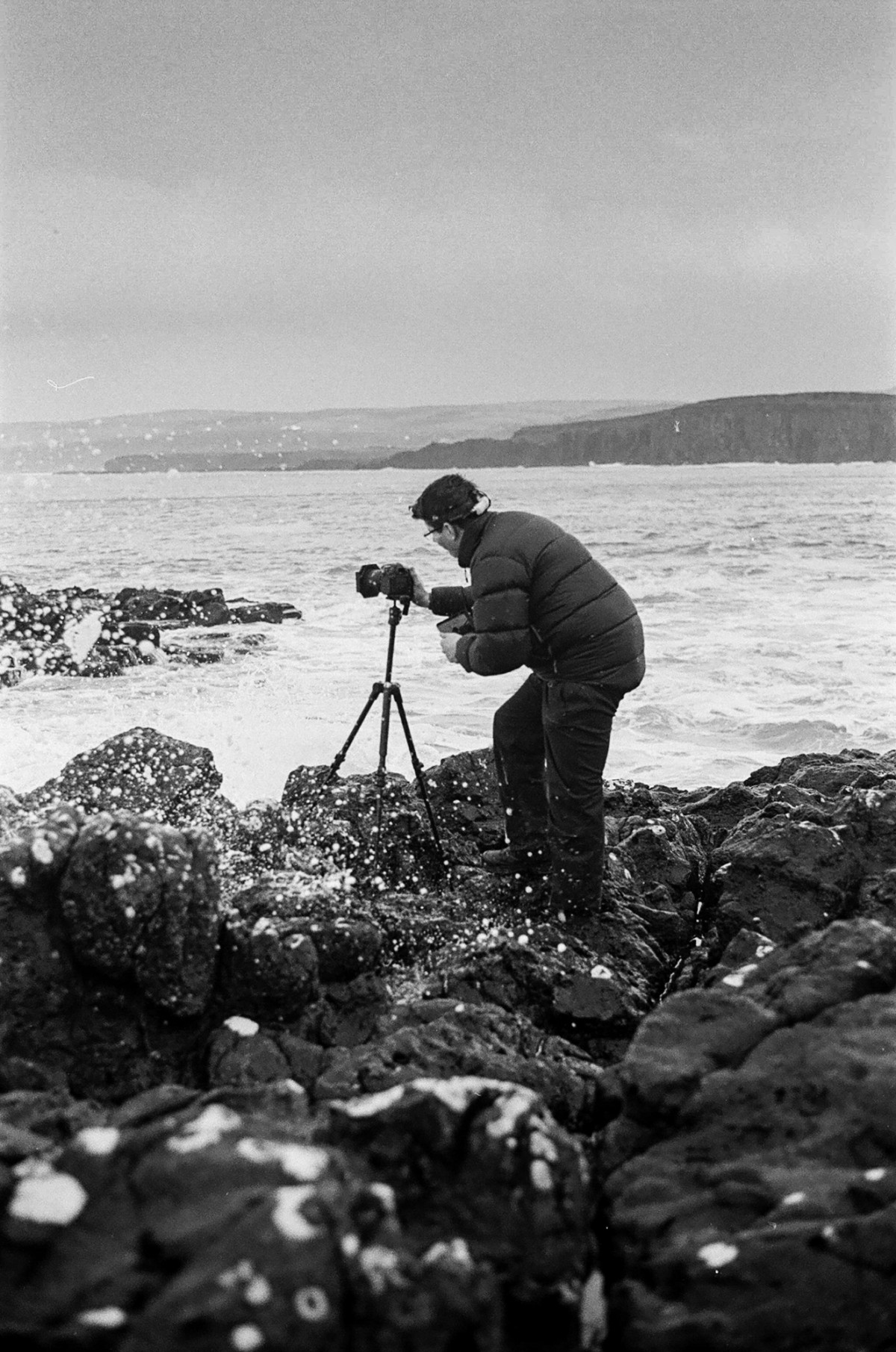 After packing up and heading back up the steep path that connects the Causeway Way and the bothy, we were soon on our way back to the car looking forward to the heated fans that it posessed.

We made our way home along the country roads, some of which had been flooded by the recent rainfall, but thankfully not enough to deter us on our journey. I must say as nice as it was getting out after a period indoors, I was still greatful of the warm shower I was able to come home to!