A little over a month ago we were contacted by Ned Summers, a representative from a Young Enterprise company called Momentum, who asked if we would review and give some feedback on the Bubi Bottle, a new product in the water bottle market. I’ve reviewed this bottle free of charge in return for my thoughts on future development.

When I first received the bottle, it resembled no bottle I had ever seen before and looked more like a roll of rubber than a water container. After rolling the bottle out and popping it into shape the bottle revealed its true form – a brightly coloured cylinder container.

The bottle has some pretty unique features. First of all its flexible, meaning that it can be compressed when not in use, which is a great bonus when trying to save space. It also means that dropping it won’t result in a smashed or cracked water bottle and a dry mouth for the rest of the day!

Secondly, and possibly most impressively, the bottle is heat resistant – meaning you can boil the water in your bottle straight over a heat source without a pot or pan. I have not yet had the chance to heat the bottle over a campfire, but I have witnessed it done on online videos and think that it is definitely a feature that could set it apart in a big market. Imagine wanting to heat up your tea or hot chocolate and just having to place the bottle over the flame.

Combine these two  previous features and you have the possibility of a water bottle that can turn into a heat source at night, just like a hot water bottle. I’ve not had the chance to try this just yet, but the idea of it definitely excites me. I can see this soft flexible option being used instead of stiff or fixed shape bottles on cold winter nights to bring to your sleeping bag with you.

Other quoted uses of the Bubi bottle include using the bottle as a dry bag or protective case for personal items such as phones, money or anything general that needs to be kept dry. I’ve not yet tested this feature but I do think it would make the product even better, providing that the objects don’t get wet from any liquid residue or condensation from previous water stores. 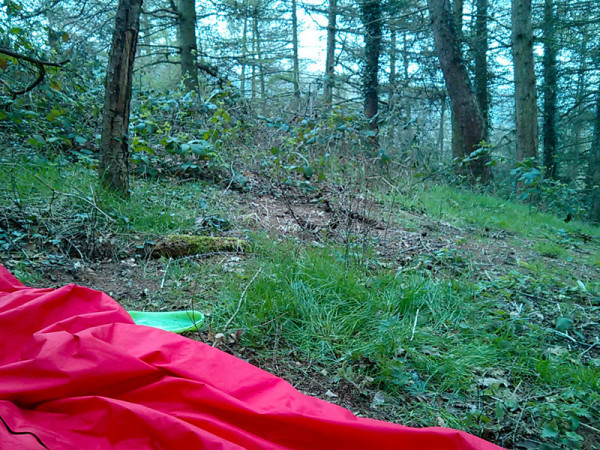 I’m really looking forward to more camping and hiking trips where I can further test this bottle. I’m excited to see if it will replace my current 1L Nalgene as the go-to option for carrying water in the future.

*6 month update*
Sadly this product hasn’t turned out to be what I hoped it could. The taste of plastic hasn’t washed out and thus I haven’t been drinking from it at all, which is a shame as it did show some potential. Perhaps a updated  version in the future may amend this problem, but until then I’ll be sticking with my Nalgene flask.