Home Quick Bivvy By The River

Quick Bivvy By The River

After a rather inopportune stomach bug forced me to cancel my plans for a two night bivvy last week, I was itching to get out for an overnighter. Rusty and Eamonn naturally obliged and on Saturday evening we made for Tollymore forest to begin our camp in the Mournes, on the edge of the Spinkwee river.

While none of us were in the mood to photograph it, we walked through the lushest patch of ferns I’ve ever seen on our way there. It was like the set for Jurassic Park, just a wall of green.

We arrived quite late, around 10:30pm – and decided to get a brew going. As Rusty’s birthday is coming up a celebratory cake was brought out and carved up with his new titanium cutlery: 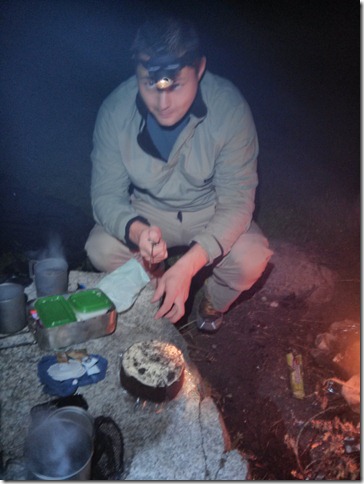 The cake and tea certainly didn’t disappoint – and it gave Rusty a chance to use his new titanium cup. No more ultralight adventures drinking tea from a used pot noodle.

We got some semblance of a fire going, aided by the abundance of uprooted wind bushes nearby. I was on call with work, so I dutifully waited to unpack my stuff until I was off the clock at midnight. Midnight struck – and out came the bivvy and sleeping bag so I could get set up in advance for the night. 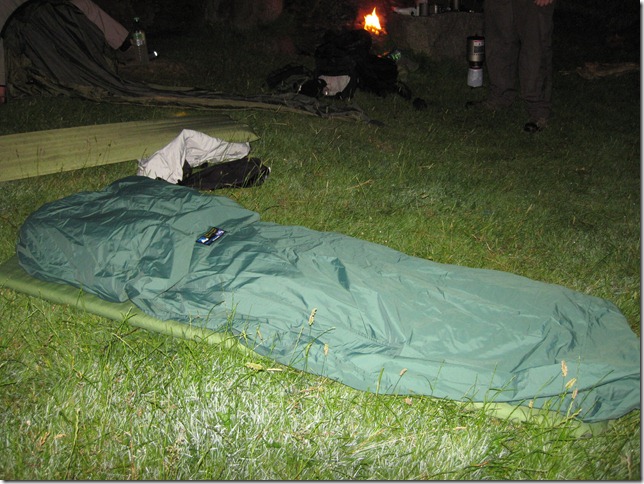 Skyehigh 800 lofting inside the Titan

There’s a lot to be said for setting up in advance, it makes life that much easier when you’re tired and just need to lay down later on.

Notice the MSR reactor in the background. I’ve been bringing it to more and more camps lately as the ready in waiting “kettle”. When you’re firing up a brew every half hour it definitely makes life easier, and I can talk over it, unlike the jet-engine roar of the omnifuel.

After an evening of great craic, we settled down for the night at about 2am. This gave us roughly three hours before dawn, which arrived somewhat overcast, heralded by a swarm of insatiable midges.

We were eaten alive for the next few hours – thankfully I was able to zip myself into the bivvy for a while and noticed the oddest thing. Any midges who had made their way into my bivvy before I zipped it shut didn’t make their way onto me. Seemingly confused, they crawled along the inside of the bivvy, waiting for their turn to be squashed. It would appear the gas-exchange characteristics of the Goretex FLO-2 confuses them (Midges use exhaled co2 to track down their victims) It made an interesting enough conundrum to keep me amused while I waited out the swarm.

Once the clouds cleared and the direct sun arrived, the midges were sent on their way and we packed up and had our breakfast. Mine was a rather tasty pasta with bacon bits in the sauce. 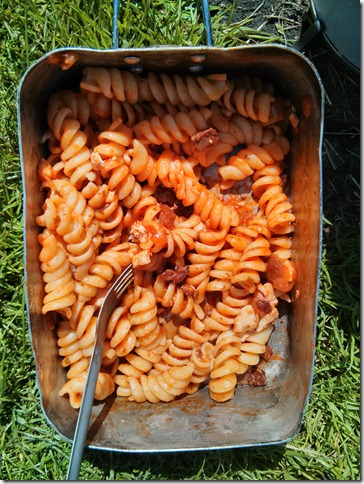 We let our sleeping bags air for a few hours in the sun while we enjoyed the cold of the river. 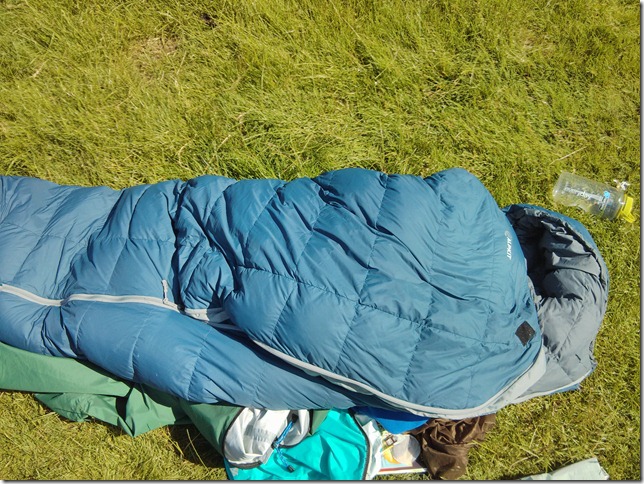 Despite the heat, the water was freezing cold when we climbed in. As always you get used to it though and it became quite enjoyable. We chilled (literally) in a pool area for a while – this was definitely a leisurely camp.

Check out Eamonn kicking back in the water: 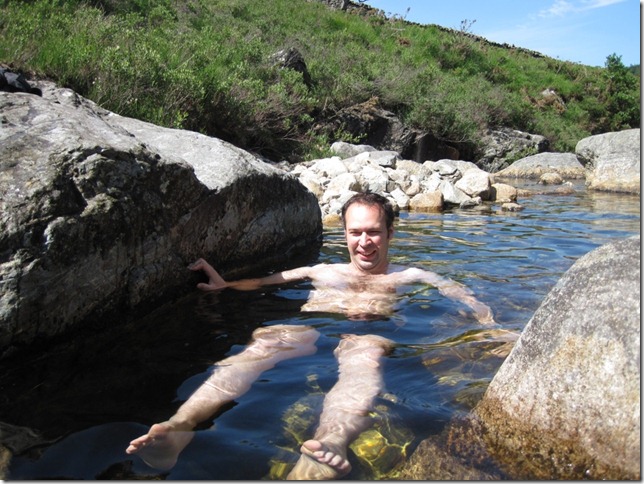 Then we packed up and headed for Luke’s mountain. It was a short stroll but we were definitely feeling the heat. The sun was absolutely searing us the whole way, but this in no way detracted from our enjoyment. Weather like this is rarely to be seen in the Mournes. We stopped for a 360 degree panorama at the top of Luke’s mountain and then made for Tollymore forest where we had parked.

The walk through the forest was really enjoyable. There’s something about seeing the sun stream through the trees and light up the trail that makes a forest walk that bit more enjoyable. 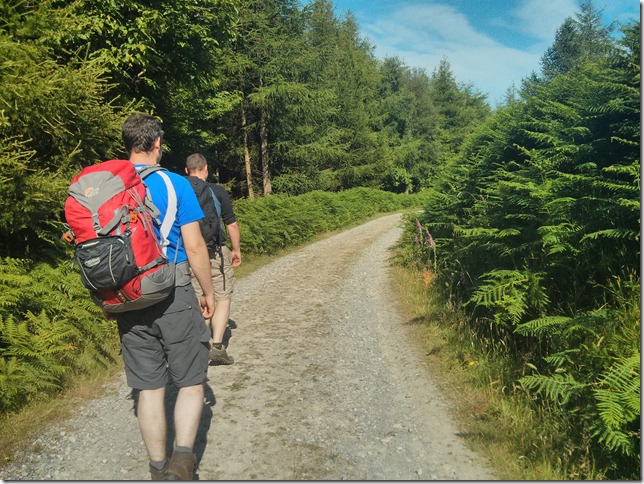 Afterward it was off to the Maghera Inn for a few pints to round off what was a perfect trip. By no means a strenuous endeavour, but after trips like the Mourne Wall Challenge and the Sliabh Beagh way – we were due something a little more pedestrian. We enjoyed every minute of it.